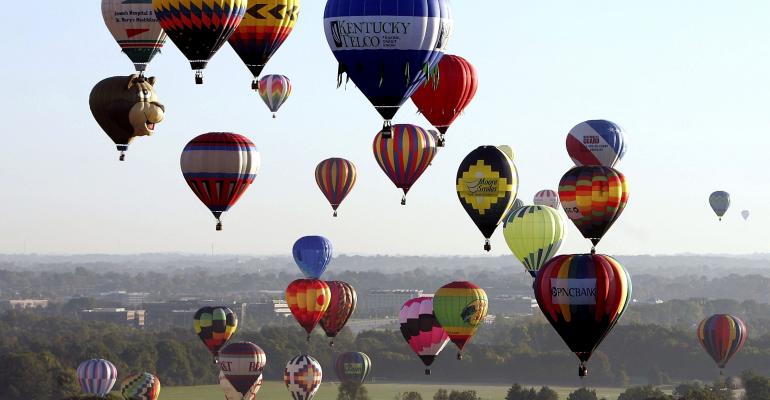 Geography matters less and less to your clients. Are you prepared to meet them on their terms?

Richard Archer, founder and president of Archer Investment Management, has been in the advice business for 20 years and now has about $60 million in assets under management. His base of operations is in Austin. But these days, that tells you not much more than where he hangs his hat. As some important clients moved away and referrals came in from folks outside the Austin area, his clientele spread out. He now has clients all over the world: China, England, California, Colorado, Illinois, Indiana and Tennessee. Archer also travels a lot himself, but not always to visit clients; he’s headed for the Canary Islands in a few weeks, and he spends two to three months of his summers in Colorado.

Archer realized earlier than most advisors that he needed to invest in technology that would allow him to serve clients wherever they lived and make them feel he was just down the street. Now, he’s geographically un-tethered. Even his assistant, based in California, is virtual.

“I want my service level to be the same; I want be able to deliver the product that they want and to be able to respond to them in a timely manner and send them what they need and if we do virtual meetings then it doesn't matter if I'm in Colorado or Texas or the Canary Islands,” Archer says.

According to RIA in a Box, there was a 21 percent increase this year in the number of RIAs who registered in states where they do not have a physical presence. (RIA in a Box conducted the research on their own client base.) Meanwhile, among affluent investors, there is less willingness, or desire, to take time out of their day to meet face-to-face with an advisor, particularly if they have to drive to the advisor’s office; according to a June 2015 McKinsey report, 40 to 45 percent of affluent consumers who switched their primary wealth management firm in the two years prior moved to a direct, digitally-led firm.

By 2020, 90 percent of all client meetings will be happening virtually, predicts Joe Duran, CEO and founding partner of United Capital. Technology is enabling that shift. The business will move towards a boundary-less and timeless environment, where advisors will have to be able to deliver advice on demand from any place. Those who aren’t able to deliver that kind of client experience will be at a competitive disadvantage.

“If you have a firm that doesn't have the ability to respond, at any time, to a client's concern about their financial life, you are going to be marginalized by the people that are able to do that,” Duran says.

The Death of the Office

Historically, advisors built their books of business with a ground game. They’d pick a town, open up an office and build relationships with affluent investors. Advisors’ biggest competitive advantage was proximity, and the ability to meet face-to-face with clients and hopefully be referred to some prospects. (For many advisors, this still is the model.)

“Almost all of their benefit is: I’m sitting right here, and I’m looking at you, and you like me and I like you,’” Duran says. “What if somebody delivers something far better and is not geographically tethered? What then is your value to the consumer?”

Investor preferences are changing. That same McKinsey report cited above found that 72 percent of investors under the age of 40 are comfortable working with a virtual financial advisor. And Duran says that between working and raising kids, the majority of Generation Xers and working baby boomers just don’t have time to meet face-to-face with their advisor.

“For convenience, people don’t like getting in the car and doing the traffic,” says Jeff Burrow, a managing director with United Capital in Modesto, Calif. who does many of his client meetings via video conferencing. “They don’t want to have to take time out of the workday.”

In addition, people under age 35 want to be flexible in their careers and their lifestyle, Burrow says.

“They’re not looking for a financial advisor in the neighborhood they’re living in, because they don’t find themselves rooting down for 30 or 40 years there.”

Most advisors aren’t prepared for the shift, Duran says. But it starts with having the right technology in place.

GoToMeeting, join.me and Cisco Webex are the big names in video conferencing and online meetings. But some advisors say these are cumbersome and not conducive to the advisory business because they have to be downloaded by the client.

“We were usually tech-savvy enough to do downloads … but usually the client was sitting there going, ‘Hey I can't get it to load. I don't see you on the screen,’” says Frank Akridge Jr., president of Blue Duck Wealth Management. “It's got to be usable by a 65-year-old client in Louisiana who is a retired nurse and isn't going to get on her computer.”

Akridge recently moved his book of business from MWA Financial Services in Louisiana to serve as president at Blue Duck in Atlanta; most of his clients are in Louisiana and Texas. He also recruits and trains advisors all over the country for the RIA.

He uses ScreenMeet, a mobile screenshare app that allows financial advisors to share their screen to any device or browser, without the need for the client to download anything. Akridge uses it to show clients their financial plan and how they’re progressing towards their goals.

Archer will use ScreenMeet to show a prospect a slide deck of things he wants them to understand about his practice. Recently a client was having trouble filling out a 401(k) form, so he shared his screen and was able to help him complete the form over the phone in five minutes.

“If you can make online meetings as simple as Uber, then it changes people’s perception of how they can do business,” says Ben Lilienthal, co-founder and CEO, ScreenMeet.

ScreenMeet doesn’t copy any data to their servers, so it’s FINRA-compliant, Lilienthal says.

Video chat applications, such as Skype, Facetime and Google Hangouts, make it possible for clients to see advisors face-to-face without being in the same room. United Capital’s Burrow prefers to see the client, so he bought three portable webcams that he’ll overnight to clients who don’t have the technology before a meeting. When the client’s done, they just pop it into the pre-paid packaging and send it back to him.

Burrow’s client portal allows clients to go in and do everything from request a withdrawal, run hypothetical models and aggregate all outside accounts. They can get in contact with Burrow at the push of a button.

“They often can get answers to their questions on demand. Say they are arriving at the car dealership to buy a new car, they can run a quick hypothetical: ‘What if I were to buy versus lease or lease versus buy? What’s better for me based on my goals?’” Burrow says.

Personal Capital’s technology was built to work remotely, says Kyle Ryan, head of advisory services. The firm has a free financial dashboard with over 1.3 million registered users, and this becomes the pool of prospects for its 80 licensed financial advisors—their clients are virtual from the start.

“Traditionally, our industry has been advisors telling clients what they're going to do for them,” Ryan says. The difference is now Ryan is able to show some of the weaknesses in the client’s current plan, and how it can change.

It’s having the technology to let the advisor and the client have the same virtual experience that is so powerful, he says.

The Pitfalls and Perils

Building a virtual advisory requires effort, of course, or it’s not going to make your practice more efficient. The key is to invest in the right tools, Ryan says.

“If you think you can just not meet with people, and fax and email questionnaires back and forth and send out paper, that's not going to be a good experience for the client,” he says.

This model requires a different skillset, Duran says. You have to do more listening and be more careful about how you communicate.

“You're not going to have that one-hour rambling meeting,” he says. “You're going to have to keep it much tighter, much more concise, have an agenda. Bullet-point key points and create demonstrations that can be seen on a screen, on an iPad, and be legible.”

Archer found that sometimes people aren’t as forthcoming over a technology platform. He had a couple clients who recently had high anxiety over the presidential election results and wanted to meet him in person.

“Sometimes you just need to sit down in person and have some coffee and just listen.”

Geography may not be an advantage to maintaining clients, but it is still a benefit to getting them; Duran, for one, believes advisors will continue to prospect in their geographic area in the future.

Burrow disagrees. He doesn’t use his zip code when looking for new clients, and he says the technology has actually made prospecting easier.

“I can read an article about somebody who might have sold their business on the other side of the United States, but if they seem like somebody I’m interested in meeting, I can make a quick phone call, an email, send a little video to introduce myself. All those things are available, and it opens up my ability to service current clients but also even to find new business.”