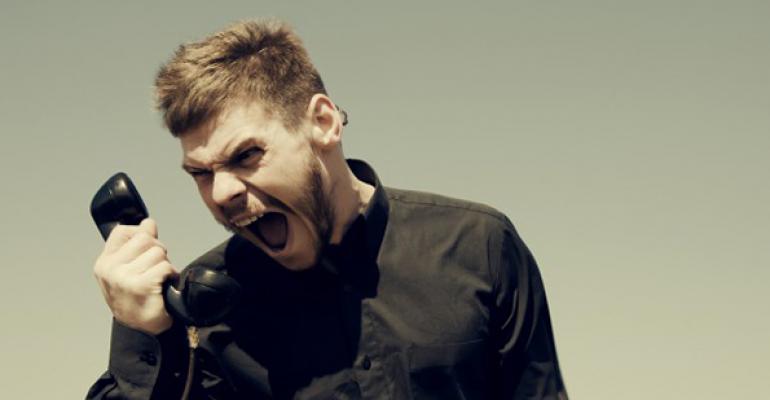 Understanding what triggers the defense mechanism is the first step to better work with clients who can&#39;t give up control. &nbsp;

Working with successful people in general, and family business owners in particular, often means working with highly controlling clients. It comes with the territory. High achievement often corresponds to the need to exert authority over and influence others.

The difficulty of working with this type of client is often aggravated by misconceptions about what creates and maintains their approach: defense mechanisms. Working with these individuals is often about finding ways to lower their defenses. To do that, you need to understand what they are defending themselves against.

The American psychologist George Kelly said, “today’s insights can become tomorrow’s resistance” as a way of articulating a basic premise: Defenses are unconscious scripts that harden over time. They’re “triggered” by circumstances that remind the individual unconsciously of the moment that caused the defense to emerge in the first place.

Here are some of the conventional triggers that may be at work with a controlling client:

Loss of control: Perhaps the most obvious trigger. If someone feels they’re losing control—regardless of whether that’s actually the case—they’re likely to try to reestablish it. But rather than try to talk them out of it, advisors should validate the feeling. Often, at the center of any financial planning process is the reality that you’re asking a client to eventually surrender control over their assets, medical care and major decisions. Validating their concerns may actually lower their defenses.

Fear: A related, sometimes contemporaneous, emotional trigger is tied to fear, whether it’s fear that assets will be poorly managed, the business will fail or the children will polarize around the plan. Because it often has a clear stimulus, fear is generally easier to work with than the defenses that emerge to quell it, such as anger and controlling behavior.

Anxiety: A close cousin of fear. But whereas fear usually has a clear driver, anxiety may be more diffuse and have more difficult origins to source. Actions like avoiding the execution or funding of a plan or taking passive-aggressive approaches to meetings can be signs that whatever is bothering the client is difficult for them to articulate.

Feeling overwhelmed: As family enterprises evolve to require stewardship over larger operations and/or multiple business entities, trusts and foundations, added roles can create a sense of being overwhelmed. This feeling can emerge even in individuals who don’t have baseline controlling personalities.

Expanding responsibility: As a controlling individual takes on more responsibility over more family members, employees and customers, their need for authority can be exacerbated. Some controlling clients invoke semi-messianic rationales for their behavior and feel that if they don’t over function, needs will go unfulfilled or worse, people will get hurt.

Compensation for neurocognitive deficits: Some control-oriented individuals may have learning disorders or neurocognitive processing problems. Although someone in this category may be a high achiever, their success may not have come without a high psychological cost spent compensating for deficits. This individual may be skilled in deflecting challenges associated with a deficit, which can aggravate the controlling behavior.

In virtually all cases, advisors have to move beyond the idea that being controlling is conscious and deliberate. Moreover, there are other complications beyond the scope of this article that are important to flag, such as narcissism, obsessive-compulsive disorder and depression. As you note the possible existence of these conditions, you’ll need to adjust your approach accordingly.

Working with controlling clients is challenging, but there are ways to navigate this path. Here are some tips to sharpen your approach:

Understand defenses. Identifying the trigger is the best way to get your out-of-control, fearful, overcompensating client off the ledge. Most important is to understand how multiple defenses can exacerbate the issue. For example, someone who seeks control to make sure they’re not going to be abandoned may, paradoxically, find that their defenses push away (flight-oriented) individuals they want to keep close.

Know yourself. Your tool kit in dealing with controlling clients will be limited if you don’t understand your reaction to them. What defenses do you invoke? How can you lower those defenses rather than colliding with the client’s?

Get scientific about it. Make and test hypotheses about what’s underneath the defense you’re seeing in a controlling client. Often, a simple negation will give you your first clue: If a client keeps canceling meetings, what bogeyman might they be hiding from? And can you help them approach that fear? You’ll know you’ve stopped being scientific if you start labeling what you see as “dysfunctional.” Using that term often signals intellectual laziness.

Validate and explore. You don’t have to be a therapist to validate a client’s worries or sense of losing control. Don't try to talk them out of these feelings. Be curious and ask questions. You can’t solve a problem before you know what it really is. Don’t presume that your client’s need for control derives from the same origins as your own.

Ask “What” questions. When in doubt, ask “what” questions over “why” questions. “Why” questions invoke the need for a rationale, which leads to rationalization. “What” questions express curiosity and drive toward making the abstract concrete and specific. “What might be stopping you from executing these agreements—perhaps we missed something along the way?” “What might you be worried about with respect to these plans?” “What keeps you up at night?” These are the questions that will yield insight into what’s underneath defenses.

Working with controlling clients needn’t be as daunting as it seems. Only full-on brainwashing can rid someone of their defenses, so it’s ridiculous to strive for that result. What’s possible is to loosen the hold these defenses have so they don’t get in the way of key transitions.

G. Scott Budge is a Managing Director of the Greenwich, CT-based consulting firm, RayLign Advisory and has a Ph.D. in Counseling Psychology.

This is an abbreviated version of the author's original article in the March issue of Trusts & Estates.