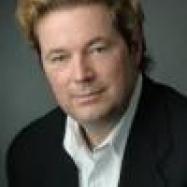 G. Scott Budge's clinical career has spanned several settings, including Post-Graduate Center-West (New York) and Manhattan State Psychiatric Hospital, as well as on the staff and leadership team of the Pace University Counseling and Personal Development Service for 8 years, where he delivered individual and group psychotherapy services to students and the university community at large, as well as played a key role in training doctoral psychology interns in their APA-Accredited Internship Program.  In addition, Scott worked recently for Southampton Psychiatric Associates (Southampton, PA) and previously with Edward Monte at the Marriage Council of Philadelphia (University of Pennsylvania School of Medicine).

Scott is also a Managing Director of the Greenwich, CT-based consulting firm, RayLign Advisory, where he applies his expertise in the dynamics of wealthy families based on over two decades of working directly with dozens of entrepreneurs, corporate executives and their families.  Ancillary to this has been his work over the past decade as a developer and educator of wealth advisors, which is the focus of his recent book, The New Financial Advisor: Strategies for Successful Family Wealth Management.  (John Wiley & Sons, 2008).  Scott has also taught graduate courses in behavioral finance at Widener University.

Scott also co-founded two companies focused on delivering internet-based management services to single- and multi-family offices, and financial advisors throughout the US and Canada.  Prior to this worked at SEI Investments where he co-developed their family wealth management unit and supported several, multi-year strategic projects.  Scott has published several articles, including works on the psychology of investments, family wealth and family businesses, and has served on the editorial board of the Family Business Review and is currently on the Family Business Editorial Committee of Trusts & Estates Magazine.  He has also spoken at numerous industry conferences in the US, Europe, the Caribbean and Latin America.  In addition, Scott was a founder and member of the creative team at Shaking the Tree Foundation, a professional theater group whose productions focus on challenges faced by families of wealth.  Scott is a Fellow and holder of the Advanced Certificate in Family Business Advising at the Family Firm Institute, a founding member of the Money and Family Life Project at the Ackerman Institute for the Family, and holds a PhD in Psychology from New York University.  He is a licensed psychologist in New York and Pennsylvania.

His most recent articles include “Handling the Democratization of Dynasty: Helping Families Shift Decision-Making Regimes” and “Grief and Estate Settlement: Mitigating a Challenging Risk to Families,” both of which were published in Trusts & Estates Magazine.

Understanding and Managing Overly Controlling Clients
Mar 04, 2016
Understanding what triggers the defense mechanism is the first step to better work with clients who can't give up control.

Listening to the Unspoken
Feb 23, 2015
How enterprise families evaluate and select wealth advisors

Managing the Issues of Ultra-High-Net Worth Clients
Dec 01, 2014
Recent conference offers some suggestions

Review of Reviews: The Therapeutic Function of Testamentary Formality
Mar 01, 2013
...

Integrating a Non-Family CEO Into the Family Business
Mar 01, 2013
The circumstances and opportunities associated with this endeavor

Handling the Democratization of Dynasty
Mar 01, 2012
These days, problems of governance could hardly seem more acute and alive in a public consciousness driven by the information revolution. There's a heightened need to pay attention to the realities of shifting...