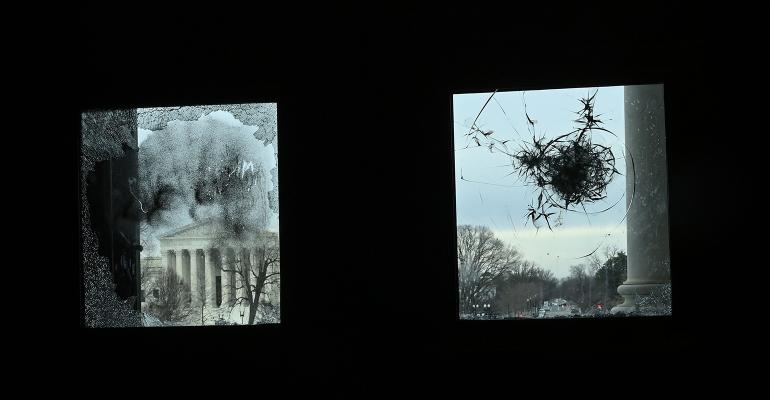 Advising clients and bridging divides in a time of turmoil.

When I started writing under the theme “building bridges,” eight years ago, I had two goals in mind: (1) to help improve relationships between advisors and private clients; and (2) to help improve relationships within families. By identifying gaps and challenges, while at the same time highlighting opportunities, I hoped that my articles on the theme would help readers both professionally and personally. The scope seemed narrow and yet infinite in application. I didn’t address politics or political issues, which seemed inappropriate in articles with wealth advisors as the primary audience. But now, as 2021 begins and the pandemic continues, one of the most fraught topics for wealth advisors and families is the turbulent social, economic and political environment in which we find ourselves. How can bridges be repaired, or built, today? Here are some thoughts.

In the past few weeks, I’ve been on many calls in which advisors have been asked whether their clients are raising current issues of social, economic and political turmoil with them. Many advisors have said “no,” often with a sigh of relief and indication that it seems safer that way. Others have found themselves recipients of strong views on all sides unlike any prior time. When I’ve spoken on panels at virtual conferences in the past few months, one of the most common questions I’ve received is how to work with a family that’s divided on politics or for whom current events is driving a wedge. Members of client families have expressed their concern about divisions within their family that seem irreparable. Advisors have struggled with whether and how to express their own views and how to respond to a client or situation that they find offensive or threatening. This is all occurring in the context of a toxic social media environment. Real-time events, such as the violent attack on the U.S. Capitol on Jan. 6, that threaten the integrity of the U.S. government, become a backdrop that can’t be ignored. While  businesses are taking unprecedented stands with respect to political and social issues, advisors will find it harder to separate client work from the external context. In fact, there’s no way to avoid the current reality.  We’re all living through an extremely divisive and difficult time.

Related: Opinion: The Dangers of a “Business as Usual” Mindset

The first step to manage this time is to acknowledge context. Advisors who wish to help client families with their entire wealth (which goes far beyond the numbers in their balance sheet) must accept the reality that we’re in a historic moment. It may not longer be appropriate to provide advice without recognizing political, social and economic realities. Just as the value of the stock market is impacted by political events, so too estate planning isn’t just a matter of temporary tax changes. Existential questions are at stake. Estate planning in the time of COVID is being undertaken when any one of us could be hit by the deadly virus.  Life and death is at stake for millions in the United States and globally. Time is frighteningly short for some clients. Further, government – and its role in society - is undergoing one of the most fundamental transformations in generations. The fundamental questions of what the social contracts means and what it will look like in the future are on the table. This is no ordinary time, and only the future will tell us how things will turn out. Families must acknowledge this as well. The biggest questions aren’t whether capital gains tax rates will go up or estate tax exemptions will go down. Rather, they are whether the system in the United States as we’ve known it for more than half a century will endure as is; it’s not certain that it will, and that must be acknowledged.

Focus on Common Goals and Purpose And …

If you’re working with a group of family members, it’s important to focus on the common goals and purpose of the collective group. This is true especially when there are shared assets such as trusts and family businesses, but also when the family is investing together. An advisor who can speak directly with each family member, respect confidences and facilitate dialogue that guides the family members to common ground will be doing a lot more to enhance their wealth than one who take sides. Thanks to the proliferation of complex estate planning techniques, more families than ever co-own assets within and across generations.  While it might seem easy to take instructions from only one member of the family (often the oldest), that isn’t as effective as ensuring transparency and dialogue. And, at the same time, when there isn’t enough common ground to build an effective bridge, an advisor might be able to help family members go separate ways. Sometimes releasing financial ties can open up room for emotional repair to begin.

It’s easy to think that everything is politics and there are only two sides to any discussion. In a country with an adversarial legal system and ubiquitous sports culture, it’s not surprising that the political system has been distilled to “Red” and “Blue,” as though it were a junior high football game. The best thing an advisor, and client family, can do is to put the political discussion aside. And not forget that governing is what’s at stake—a much more important issue. By definition, governing is guiding or steering, not fighting and blocking. It’s grounded in common principles and implemented through policies and rules on state, local, national and global levels. This is a lot bigger and more profound than political parties or power plays in government. If you frame the discussion in a way that avoids politics, you may be able to break logjams. Even in this social media saturated culture. Advisors must avoid getting dragged into sides and “whataboutisms” just as much as family members do. Modelling behavior and promoting discussions with a governing framework might help reduce tensions.

Imagine the Future Together

There are many today who would say that there’s no way to bridge the divide, within families, within the country and across the world. In the short term that may be true, and it’s likely that many families will break apart; there will probably be more violence and division on national and international levels for some time to come. But that doesn’t mean that a better future isn’t possible. Advisors who help family clients envision the collective can provide hope and perhaps action. Family members who start within their own families to bridge divides and find common ground can create a foundation for a better future. Fundamental changes are needed socially, financially and politically. Families who can imagine a better future can help create it. Wealth advisors, including lawyers, accountants and investment advisors, must engage in the process.