/sites/all/themes/penton_subtheme_wealthmanagement/images/logos/footer.png
Recent
Recent
Nine Must Reads for the CRE Industry Today (Nov. 29, 2022)
Nov 28, 2022
Is the Retail Reckoning for Regional Malls at an End?
Nov 28, 2022
Making Client Reporting the Center of Your Client Experience
Nov 28, 2022
Kroger, Albertsons CEOs Will Testify Before Senate About Merger
Nov 28, 2022
Featured
The 10 Best and 10 Worst States in Which to Retire in 2021
Jul 15, 2021
I’m an Advisor. This Book Changed My Life
Aug 31, 2022
Fifteen Must-Listen Business Podcasts for Advisors
Aug 14, 2020
Celebrity Estates: Jay Leno and Planning for Classic Car Collections
Feb 22, 2022
The Daily Brief
brought to you by 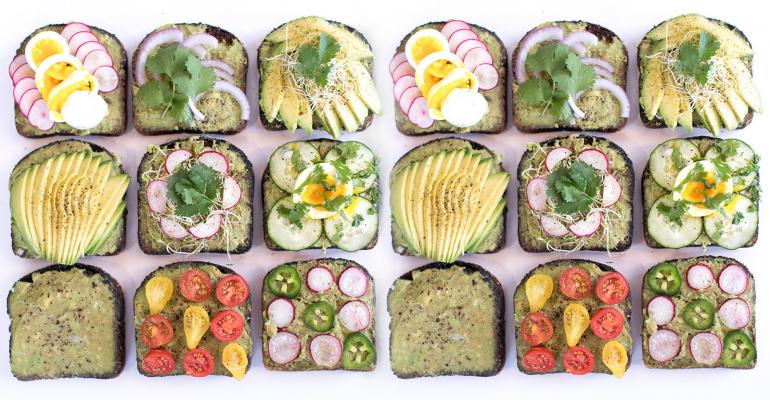 Other Lenders Are Toast

Online personal finance company SoFi announced this week that any individual who buys a home in the month of July with a SoFi mortgage will receive “a month’s worth of avocado toast delivered to their door.” The deal came about after an Australian real estate developer, Tim Gurner, said millennials were spending their earnings on frivolous items, such as avocado toast. "When I was trying to buy my first home, I wasn't buying smashed avocado for $19 and four coffees at $4 each." Though the company constructed the idea satirically, SoFi hopes it will motivate young people towards their first home purchase. "Pundits have unfairly besmirched avocado toast as the reason younger Americans aren't buying homes. We know that's wrong -- it's because the traditional mortgage product hasn't evolved," said Joanne Bradford, chief marketing officer at SoFi. The San Francisco-based company, boasting over 300,000 members across the U.S. and over $20 billion in loans since its inception in 2011, provides a range of fixed and variable rate mortgages, including flexible down payments from 10-50 percent for loans up to $3 million.

Senator Elizabeth Warren recently revealed in an interview with Samantha Bee that she likes to unwind at the end of the day with a good episode of HBO’s "Ballers." In the show, which returns July 23, Dwayne “The Rock” Johnson plays a retired football star turned wealth manager, catering to professional athletes. The show portrays the salacious, and, at times reckless, lifestyles of professional athletes and their business and financial advisors. So why is Warren such a big fan? “It’s actually a story about hard work. It’s a story about perseverance. It’s a story about having to reach within yourself and find something that you’re not 100 percent sure is there,” she told Bee, on her show "Full Frontal with Samantha Bee." “We’re talking about Ballers?” Bee joked. Bee surprised Warren at the end by bringing out Johnson’s co-star Rob Corddry. In an interview with Sports Illustrated, former Washington Redskins and University of Miami running back Clinton Portis contemplated killing his financial advisor after a string of bad investments led him to bankruptcy - to the point of lurking outside an office building in Washington D.C. in his car with a gun by his side. Portis, who earned $43.1 million in his nine-year NFL career, put his money - and trust - in Jeff Rubin and Jinesh Brahmbhatt. He was forced into bankruptcy as a result of a failed investment in a South Alabama casino and alleged fraud. His debt included owing money for car purchases, back taxes, gambling and domestic support. FINRA banned Rubin and Brahmbhatt from trading securities, and the duo were not able to pay Portis back. Portis admits his anger prompted him to contemplate revenge. "It was no beat up," Portis told Sports Illustrated. "It was kill."