/sites/all/themes/penton_subtheme_wealthmanagement/images/logos/footer.png
Recent
Recent
Eight Must Reads for the CRE Industry Today (May 19, 2022)
May 18, 2022
Russian Billions Hidden in US Spur Backlash to Financial Secrecy
May 18, 2022
Mariner Wealth Advisors Expands in Michigan with Emerson Wealth Acquisition
May 18, 2022
Macquarie Alum’s GreenPoint Eyes $1 Billion for Real Estate Bets
May 18, 2022
Featured
The 10 Best and 10 Worst States in Which to Retire in 2021
Jul 15, 2021
Poll: 15 Classic Books on Investing and the Markets
Apr 03, 2020
Fifteen Must-Listen Business Podcasts for Advisors
Aug 14, 2020
Celebrity Estates: Jay Leno and Planning for Classic Car Collections
Feb 22, 2022
MY LIFE AS A CLIENT
brought to you by 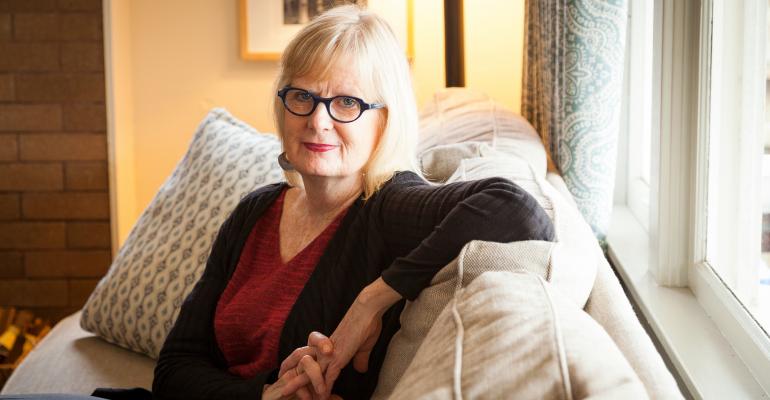 My Life as a Client: Appalled by Gossip

Do you really have a clue what your clients say about you when your back is turned? Here’s how Kerry Walls, a 60-year-old business and executive coach in Portland, Ore., assessed her advisors.

I’ve worked with a few advisors. Around 2004, I opened an IRA account with a mother-daughter team. I didn’t have any other investments at the time and still don’t. We met in person once or twice and they did a financial plan that was pages and pages long. Too much. I just need the top line. What does it mean? What do I have to do? Simple and clear.

These advisors weren’t at all attuned to me. I remember their suggesting I send my two kids to a community college for a couple of years. They really didn’t know anything about my kids or about me. I wasn’t going to do that. College was expensive, but very important to us.

Related: My Life as a Client: Style vs. Substance

The daughter wasn’t as skilled as the mother. And she got upset at my questions and fired me. She thought I was rude and in an email said I should look for someone else.

A few years later, an advisor came to the company I was working for to talk about our 401(k)s. He gave a presentation, then each of us—there were about 15 employees—talked to him, chose our risk level, and then he set it up.

Related: My Life as a Client: Tuning Out the Tone-Deaf

Not long after, I gave him my IRA. He came highly recommended by the company’s principal. He was on the East Coast and I’m on the West Coast, and he’d talk to me once a year when he came for his annual visit to the firm. One year, I initiated a phone call about paying for college, just to see if he could do a little planning for me. At other times, I’d email or call if I needed help with something. For example, I was buying a house once and selling another and I had a question about the down payment. It wasn’t a strong relationship.

What I especially didn’t like was something I heard from a colleague who had some of her own personal money with the advisor. She said he told her some gossip about another person in the firm, an employee whose 401(k) he was handling—something about the person’s behavior. That seemed inappropriate. It must be against their code of ethics. That gave me a bad feeling.

In 2015, I left my job and decided to start my own firm. So, I joined a networking group where members help each other find referrals; we do one-on-one meetings with one another, just to get know everyone better.

I met with one member, a financial advisor. And the way he explained how he ran his business made sense to me. I was 59 at the time and I didn’t want my investments to suffer if there was another downturn right before I retired. He described his approach, which is very data-driven and offers protection against ups and downs. I decided to transfer my IRA and the 401(k) over to him.

Now, I’ve met with him four or five times. He’s come to my house twice; other times, I’ve gone to his office. It’s in the financial district. Nothing special, just an office. At one point, I had a medical issue and he made some recommendations for how I could restructure my account to be more income-bearing. He’s very hands–on.

I’m a business and executive coach. I’m all about service versus sales: That’s what I teach people to do. So I’m very attuned to whether someone has a real service orientation. And, I’ve talked to other advisors. They want to know your risk tolerance, put you in five buckets. But I’m not a bucket. I have issues, challenges and concerns, so treat me like a person. I want someone to listen to me as an individual. This new guy really does that. He’s more customized.