/sites/all/themes/penton_subtheme_wealthmanagement/images/logos/footer.png
Recent
Recent
12 Must Reads for the CRE Industry Today (July 1, 2022)
Jun 30, 2022
Reinventing the Advisor Workstation for a Digitized World
Jun 30, 2022
Can the U.S. Supply Chain Withstand New Disruptions?
Jun 30, 2022
Related’s $1 Billion Los Angeles Project Opens After 15-Year Wait
Jun 30, 2022
Featured
The 10 Best and 10 Worst States in Which to Retire in 2021
Jul 15, 2021
Poll: 15 Classic Books on Investing and the Markets
Apr 03, 2020
Fifteen Must-Listen Business Podcasts for Advisors
Aug 14, 2020
Celebrity Estates: Jay Leno and Planning for Classic Car Collections
Feb 22, 2022
MY LIFE AS A CLIENT
brought to you by 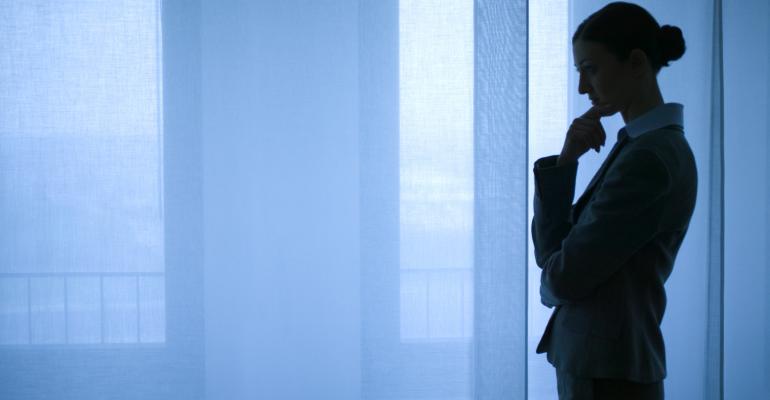 My Life as a Client: Tuning Out the Tone-Deaf

Do you know what your clients think of you? Probably not. So, we’re talking to some clients to get a firsthand glimpse of what’s really on their minds.

For our first foray, here are comments from Ann Moskovitz, a middle-aged resident of a New York City suburb, about her experiences.

I worked with my first guy for about 15 years and left him three years ago. He was a broker at a big firm. Probably stayed for too long. I only used him because my parents did and I trusted their opinion.

Basically, I had as little contact as possible with him—almost zero face-to-face communication. First of all, I didn’t have any reason to meet with him in person. Also, he was such a colossal bore. He’d go on and on about his family, whom I’d never met. Sometimes, it would be relevant to something we were talking about. But often, he’d just launch into it. I couldn’t wait to get off the call. Occasionally, I’d just put the phone down and continue working. Completely tone-deaf.

He came to my house for our first meeting. And, one time, I was at his office because I was seeing an accountant in the conference room there, so I popped my head in to say hi. But I didn’t want to spend any more time with him than necessary, so I left as quickly as I could.

He’d call me maybe a few times a year, often out of the blue. I figure it was when he needed to unload something. Probably that morning there’d been instructions on his desk to sell this amount of that investment. Maybe he’d tell me a bond was coming due and we should look for another bond of a similar rating, that kind of thing.

The stuff he recommended was never outlandish, nothing like an obscure mutual fund or penny stocks. They were investments that seemed to have a good track record. Often, I would tell him what I wanted, but I’d never get any feedback about whether my ideas were good or bad. He would do it without any value added. Just, "Well, that’s a good fund. Let me look it up."

He’d also send me something around Christmas, like one of those stupid tiny desk paper calendars.

After the 2008 crash, I lost 35 percent to 40 percent of my portfolio, like everyone else. That was a motivation for me to pay closer attention to who was handling my finances. I’ve made two vows about investments. A while ago, I worked for a big corporation and I learned that Wall Street analysts don’t have any concept of what is really going on in the inner workings of a company. So I decided never to buy individual stocks. Now, thanks to this experience, I’ve vowed never to work with an advisor who’s at a big institution.

When I started with my new advisor, she looked over my portfolio and questioned just about all my investments and told me I was paying a lot for most of them. She got rid of basically everything. Also my parents were still using that first guy, who had them in junk bonds. She convinced them that the bonds were a very dangerous place to be and sold almost all of them. Now, she handles my parents' and my accounts and gives us the benefit of a lower AUM fee.

Also, she gets back to me within minutes or texts me when she’s on a conference call. And does things like holding a Chinese cooking class for 20 of her clients to say thank you. I recently dealt with a death in the family and my new person has been incredibly proactive handling the estate. I don’t know what I would have done if I were still with that first guy. It would have been ridiculous.