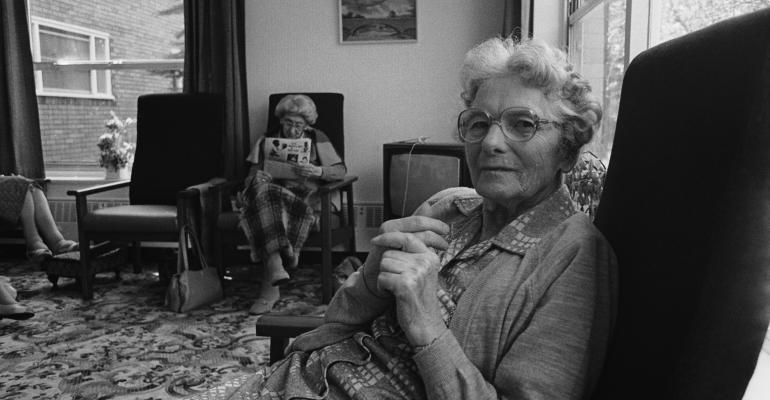 <p>Victims of elder abuse are more likely to suffer an emotional blow than a financial one. </p>
Practice Management>Client Relations

Over two-thirds of financial advisors have encountered financial fraud among their elderly clients at least a few times a year, but only about 5 percent say the fraud has caused a substantial financial impact.

Instead, it’s the emotional toll that concerns advisors. About 37 percent of advisors surveyed by the American Institute of CPAs say financial fraud caused a significant emotional impact, while about 40 percent reported it caused a moderate impact. 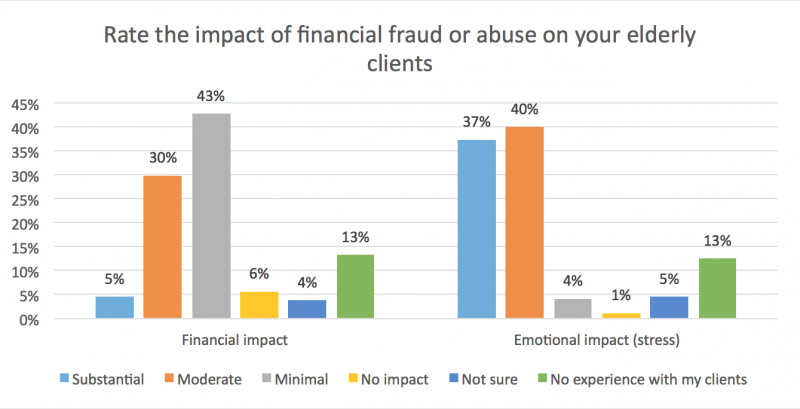 Why the low rate of financial impact? It could be related to the fact that the survey was taking into account clients working with financial advisors, says Jean-Luc Bourdon, a member of the AICPA’s Personal Financial Planning executive committee and co-founder of California-based BrightPath Wealth Planning.

“The fact that they do have financial advisor might’ve played a role, having a gatekeeper to prevent the fraud,” Bourdon says.

Overall, almost half of advisors reported seeing an increase in elder fraud or abuse. And the AICPA expects that trend to continue. “We started with a scary number [68 percent] and we seem to be moving toward a scarier number,” Bourdon says.

“The demographic seems to be indicating we will see more of it because the elderly population is growing. The fact that a lot of the fraud is related to technology would also lead us to think it will grow,” Bourdon says.

According to the survey, the most common type of elder financial abuse or fraud is phone and Internet scams, followed by situations in which elderly clients are unable or unwilling to say “no” to relatives at the expense of their own financial security. 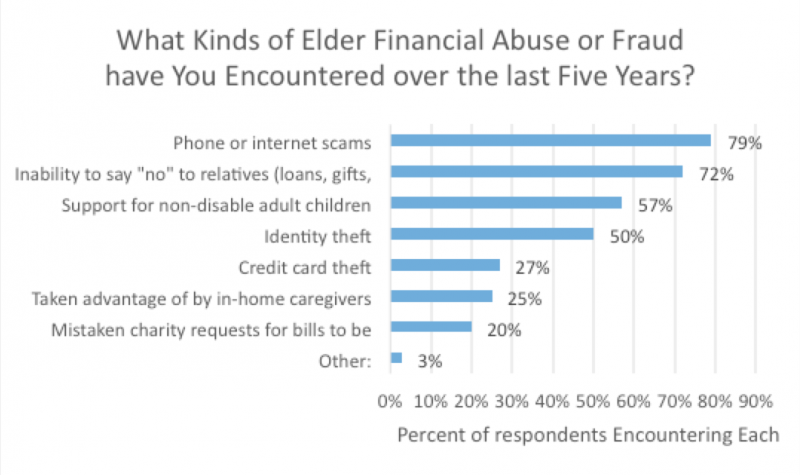