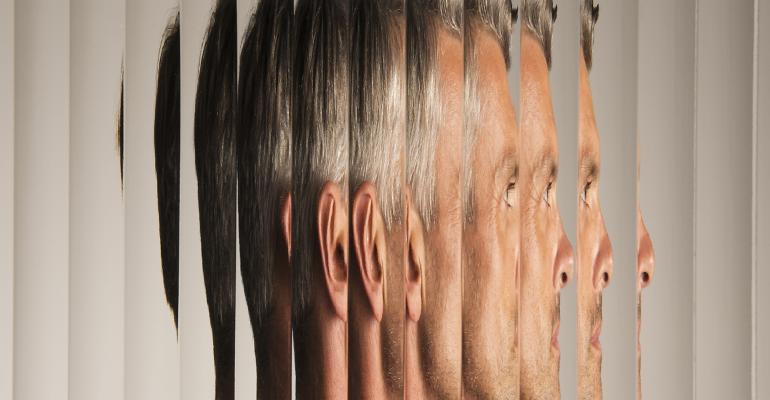 White, middle-aged men make up the largest demographic of suicides in the United States.

Mental health issues, despite their common occurrence, are ignored in conferences and planning. One rarely discussed mental health issue that practitioners should be aware of is male suicide. The unspoken truth about male suicide statistics is shocking. The victims are a common client profile for many advisors. While advisors aren’t mental health experts, understanding the common impact of this threat might have influence on planning decisions. Advisors who are aware of the prevalence and the signs of an issue may be able to encourage the client or family to seek professional help.

The above case studies aren’t outliers. Their stories put names and faces on what’s otherwise a silent epidemic of white males committing suicide at alarming rates that are higher than any other demographic in the United States. They also convey the stories of the families who are impacted by one fatal decision. According to the American Foundation for Suicide Prevention, white, middle-aged men make up the largest demographic of suicide completions in the United States, accounting for 69.67% of all suicide deaths in 2018. In this same year, men died 3.56 times more often than their female counterparts. One of the reasons for this is that men tend to use more lethal means, such as firearms.

Why does this demographic of men commit suicide? White men are looked at as the most privileged people in society, frequently being afforded the most opportunities in life. They’re a population frequently overlooked when it comes to risk or struggles. Cheryl Meyer, a psychology professor at Wright State University School of Professional Psychology, states in “Explaining Suicide: Patterns, Motivations and What Notes Reveal” that “hegemonic masculinity,” the idea that men are trying to live up to a social stereotype no one could measure up to, is what’s killing these men. (Meyer, C. L., Irani, T. H., Hermes, K. A., & Yung, B. (2017). Explaining suicide: Patterns, motivations, and what notes reveal.) Silvia Canetto, a professor of psychology at Colorado State University who specializes in gender issues and suicidal behavior, reinforces this notion by describing a link between suicidal behavior in men and external circumstances including illness, a business failure or forced retirement. (Silvia S. Canetto, “Gender and Suicidal Behavior: Theories and Evidence,” in Review of Suicidology, 1997, ed. Ronald W. Maris, Morton M. Silverman and Silvia S. Canetto.) When men don’t believe that they’ve measured up to the standards of success they envision for themselves or believe themselves to be held to by those around them, their self-image, social status, social circle and identity are threatened. Keep in mind, the more you have, and the more you build for yourself, the more pressure you’re under to maintain and grow from where you are today. That’s the danger of the American Dream. Additionally, Canetto notes that older white males, a population typically encouraged to assert their own will through sheer force, are more likely to lack resilience and coping mechanisms.

Men ages 75 and older have a suicide rate that’s almost 30% higher than any other age demographic, according to the Centers for Disease Control and Prevention. Many instances of suicide in this age group correlate with declining health conditions and limited quality of life.

Canetto extrapolates that as the problems of aging and other external factors arise, they’re unprepared to deal with them and arrive into this period of their lives with unrealistic expectations and without the coping skills to manage it. (Silvia S. Canetto, “Gender and Suicide in the Elderly,” Suicide and Life-Threatening Behavior 22, no. 1 (1992): 92-93.) She notes older white males, as a population, typically are encouraged to assert their own will through sheer force, which doesn’t bode well in a time in need of adaptability. For these men, their statuses in families, businesses and society change, and their roles begin to switch from being the valuable provider in family, business and society to the individual being provided for in the family and society. This shift in identity can take away the purpose, value and dignity men feel in their own lives, and the suicide prevention plans created for this population frequently fall short in addressing their feelings, personal shortcomings or relationship concerns.

Understanding these social constructs, pressures and statistics more in depth may help planners to increase awareness, strategize, reassure and refer in a more effective, and potentially lifesaving, way.

In a survey of 242 entrepreneurs, 49% reported struggling with a mental health condition. Depression was the number one reported condition impacting 30% of entrepreneurs. ADHD impacted 29% of those surveyed, and anxiety problems impacted 27% of those surveyed. To provide a comparison: In the larger U.S. population, only 7% of individuals identify themselves as struggling with depression. In addition, 72% of the entrepreneurs noted either having mental health problems themselves or in their immediate families.

For those who start, own or run a business, there are many struggles the general population chooses not to take on and can’t relate to in their own lives. These include carrying the burden and responsibility for the potential failure of the business, of meeting payroll, hiring and firing, managing debt and overhead, managing relationships and decisions with co-founders and investors, and many other necessary tasks to create a successful business. The time needed to run and grow a business also limits one’s ability to be with friends, family and other support systems that typically provide guardrails against isolation and falling deeper into depression. Entrepreneurs are typically sleep deprived, which also lowers impulse control, impairs judgment and lowers mood. Because the entrepreneur’s hopes and dreams are wrapped up in the success of the business, the business itself becomes an identity for the entrepreneur so that they frequently have difficulty separating their own success or failure from the success or failure of the business. If the business fails, the founder is forced out or they retire without a sense of ongoing purpose or identity. A moment of extreme crisis can increase the risk of suicide, and trusted advisors should be more vigilant about checking on their clients.

The following are the common indications that something may be wrong. Changes in ...

While advisors may not see clients with enough frequency to recognize changes, there are objective standards they can identify at any point in time, such as some of those noted above. Also, advisors may be one of the first parties updated when circumstances change: loss of business, early or sudden retirement, selling of business, divorce, estrangement from family, mounting debt, etc. Advisors may not be able to see the other signs prior to a change in circumstance that brings the client in initially.

How Can Trusted Advisors Help

These are the clients trusted advisors visit with every day in their practice, the ones who society sees as the lucky ones who have it all. This status is part of what contributes to the shame and stigma of seeking help. The good news is that trusted advisors can help the clients they serve in ways that can be lifesaving for them.

Because men tend to attempt suicide over external circumstances such as the loss of a business, forced retirement, divorce, change in financial status, financial stress, etc., these are all matters that would bring them to their advisors who would need to assist in planning for the next steps. Not only do planners have the ability to identify the inherit risk for men with these circumstantial changes, but also they have an opportunity to help these men see their way out of what they believe to be a permanent, pervasive and unmanageable problem. Advisors similarly may have the opportunity to make a referral to a mental health professional who’s equipped to navigate the serious, life-threatening mental state of the client. Many men may have too much bravado to acknowledge the underlying cause of the changes and problems and may not seek mental health assistance without recommendation. Giving these men a mental health referral along with a strategy, task and purpose in moving forward can make all the difference.

Here are some steps advisors may consider:

Light at the End of the Tunnel

As the statistics show, men tend to attempt suicide over external circumstances like loss of business, forced retirement, divorce, declining health, etc. What if the estate planner, knowing about these statistics and the external circumstance, was able to not only provide a referral for a mental health professional but also provide a solution to these external circumstances? This could be a referral to a doctor or home care for declining health. It could also mean helping the man see, through the numbers, how to get out of mounting debt from a failed business or how to protect the estate from creditors or a vindictive soon-to-be-ex-wife. If the client can be guided to see that his circumstances are temporary, the client is more likely to push through because there is a solution and light at the end of the tunnel. Financial advisors and estate planners hold a tactical and practical part of the solution. By understanding the particular vulnerability of middle-aged and older white men who have achieved financial success, advisors may be able to prevent the tragedy of suicide in this population.