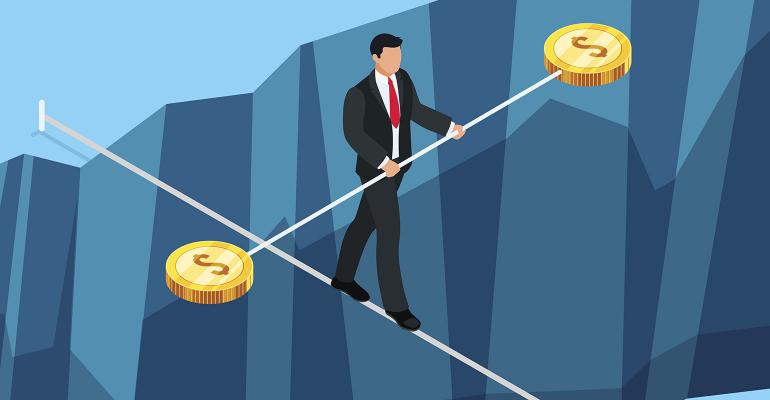 How Can Advisors Add Value and Defend Fees?

Advisors need to move beyond 'buy and hold' and 'high risk, high return' to deal more with clients' behaviors and emotions.

“Simply, the days of charging 100 basis points for asset allocation and an annual portfolio review are over,” said Scott Hanson, CEO of Allworth Financial, a fee-based registered investment advisor with $4.5 billion in assets under management. He recommends advisors add tax and other services.

I wholeheartedly agree that advisors need to look for new ways to add value. However, adding tax services doesn’t address the fundamental problem: the quality of advice and client experience. The old-fashioned cookie-cutter approach—assigning a static asset allocation based on the client’s age and asking them to stick with it—doesn’t cut it anymore. And the problem may be bigger than you think.

I can relate to that. During the second half of 2008, I contemplated pulling out of the stock market. Most advisors would tell me to stay put. Now imagine I am outside in a blizzard and someone tells me to stay put—because “if you wait long enough, the sun will come out”—what would I think? It is absolutely true, but it is not helpful.

Even if it were indeed the best advice, why do I pay 1% for common knowledge? For an account of $1 million, a 1% fee amounts to $10,000 a year. In the era of zero-fee index funds, zero-fee robo advisors and zero-commission trades, this is the elephant in the room.

People expect real insights from advisors that they can’t get elsewhere, but advisors are not properly equipped. “High risk, high return” and “buy and hold,” gifts from the efficient market hypothesis of the 1960s, are still their primary tools.

To be fair, both notions are powerful, and they do hold true in certain contexts. But both have serious limitations. “High risk, high return” often contradicts facts, and “buy and hold” is a philosophy that many don’t believe in.

Is there a better framework to guide our practice?

While at MIT, I became a big fan of Dr. Andrew Lo and his adaptive markets hypothesis that seeks to reconcile behavioral finance with the efficient market hypothesis. I worked with him and we shared the Harry Markowitz Award in 2011.

Dr. Lo talked a lot about fear and greed; I thought he was exaggerating at the time. When I built the product for my startup, Andes Wealth Technologies, I decided to test my own emotions first because I didn’t want to build it on something I didn’t fully believe in.

Like a good professional gambler, I gave myself a fixed amount that I could afford to lose. To magnify the effect of market movements, I traded mini-SPX options.

It was December 2017. I made impressive gains initially and could literally see the seed of greed sprout and grow by the day. Then the fear kicked in. On the fateful day of February 5, 2018, I almost lost it all. Hoping to get it back, I put in another $1,000—against the rules of professional gamblers but a classic move by rogue traders—only to lose it all in the following weeks.

When the emotions are strong, how do we know if we should listen to it or fight against it? How can advisors assess the situation and effectively communicate with clients?

The right approach is to combine behavioral profiling with market dynamics to determine the best course of action.

How does the client respond to market ups and downs? Are they passive investors, safety seekers or trend followers? What behavioral biases do they have and how strong?

Just as importantly, we should monitor the market dynamics. According to the adaptive markets hypothesis, the risk and return relationship changes over time. We need to stay on top of it instead of relying on long-term averages. As economist John Maynard Keynes said, “But this long run is a misleading guide to current affairs. In the long run we are all dead.” He continued, “Economists set themselves too easy, too useless a task, if… they can only tell us that when the storm is long past, the ocean is flat again.”

We have found that calculating rolling risks and returns and visualizing them is simple and effective. For example, the rolling 1-month risk and return on a daily basis helps you monitor the short-term trend. With an entire set of sliding windows from 1-month to 10-year, advisors will get a 3D X-ray of market dynamics.

Advisors can use this powerful tool to quickly identify at-risk clients, convert prospects, reduce panic and monitor financial crisis. We are at the end of the bull market and can’t afford to be complacent. If clients’ assets go down by 40%, fees also go down by 40%. How many can afford it?

Combining behavioral finance with real-time risk analytics will take the current practice to a whole new level. This nuanced approach delivers better outcomes but requires a higher level of expertise from advisors. But it is an inevitable step that advisors have to take. Those who have a sense of urgency will prosper, and those who are complacent will be left in the dust.

Helen Yang, CFA, is the founder and CEO of Andes Wealth Technologies. She received her MBA from MIT and has been a research affiliate at MIT since 2014.