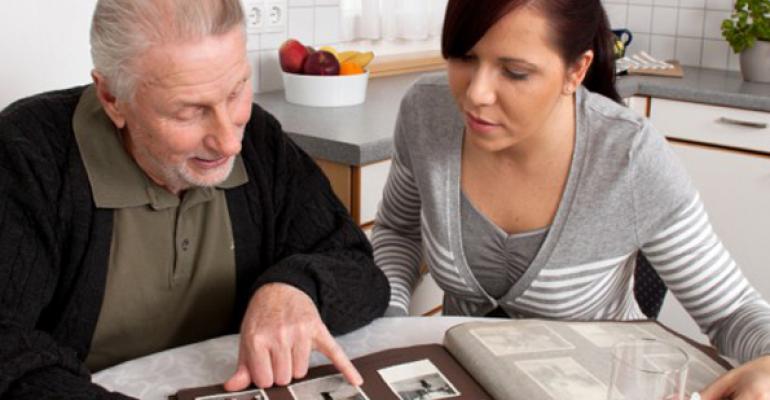 This column enters the second half of its first year proclaiming the value of positive stories in the trusts and estates realm—what I’ve come to call the “trustscape.”

First, positive stories are a counterpoint to all the negative stories that bombard even the casual trustscape observer.

More importantly, they have teaching value.  Clients often ask, “What do other families do?” when confronted with new challenges.  Given that opportunities to sit down with other families are hard to come by, positive stories time and again do the trick.

Within moments of describing the Positive Story Project to a new acquaintance, I’ve come to expect: “Well, can’t we learn from negative stories, too?”  No question about that.  For me, it’s a matter of preference. For you, the reader, it can be welcome as a change of pace.

So yes, this column is dedicated to positive stories.  And now—I need to contradict what I just told you. Well, sort of...

I can buy the logic of those chroniclers who contend that documenting all a family’s stories is vital to good family governance: The good, the bad, the scarcely plausible, the ones that never got a happy ending—anything that the successor generations might benefit from hearing, despite some discomfort.

The advocates and exemplars are out there.  Pick up any of James E. Hughes Jr.’s books.  Or get your hands on The Legacy Family by Lee Hausner and Douglas K. Freeman, Family Legacy and Leadership by Mark Daniell and Sara Hamilton or International Family Governance by Barbara Hauser.  Also, read blogs like those of The Wesley Group and articles such as Tim Belber’s series for the Journal of Practical EstatePlanning, which can be found on his website.  And, be on the lookout for an upcoming paper by Dennis Jaffe, which will be posted on the Wise Counsel Research Associates website.

I was aware of those types of works at the point—April of 2012—when I hired an editor to help me finalize my own book of (what else) 25 positive stories about families and their assets.

What a surprise, then, to learn that this editor had been using family stories in ways that don’t jive with my positive story checklist—but are squarely in the tradition of good family governance. I’m talking about Frank Gregorsky, whose “Oral History for Families” enterprise has been around since 2002.

Basically, Gregorsky turns a pile of kitchen-table recollections into an edited audio documentary. Eight or 10 hours of loosely structured interviews are recorded. Then he takes the best parts and makes them into an organized narrative on CDs.

His client families can disseminate the discs in ways that enliven the next family reunion and allow the “piling up"—or is it piling on?—of stories and counter-stories from the younger generations.

Instead of a sit-down family meeting during which stories might or might not get shared, his method stretches out the sequence as a way to deal with the geographical distances. Eventually a reunion takes place, and various  “threads” from the discs will be picked up and hashed out.

In one case, as part of what he calls  “Nifty Uses” by clients, a baby-boomer female reconciled with her G.I.-Generation dad after she finally heard his version of the long-ago split by her parents.  In another, two 40-something sisters sat down with their 96-year-old grandmother to fill in some gaps and ask other follow-ups.

Gregorsky and I go back and forth on positive and negative, and my view is that almost any negative story can generate some positives.  He prefers to stick with an approach that’s both neutral and conversational, describing it this way in a web posting:

“Carrying out an interview is not likely to yield ‘the objective truth’ about your relatives or your father’s career.  Then again, objectivity is not what oral history is about.  What we seek are context, motivation, color, and closure—topped off with a few recommendations for a better life.”

I was reminded of this last month when my almost 90-year-old uncle visited from New York City.  We got to talking about his career in law, my own post-lawyering career and law practice in general.  Out of the blue, he began telling me a story that surprised me.

Suffice to say that he played a key role in the legal maneuvering that made construction of the World Trade Center Towers possible so many years ago.  I’d never heard this  “footnote to our history” before.

The title of Scott Farnsworth’s book Like a Library Burning says it all: When someone dies, it’s “like a library burning.”  So—whether you or your clients hire a pro like some of those I've come to know, or simply grab a recording device after the wine starts to flow at the Thanksgiving dinner—start collecting your family’s oral history. Every little bit—each conversation—will add value.

Don’t put it off, and don't sit there thinking your yarn-spinning 80-something aunt or uncle should have to write a book. There are easier ways and more fun methods.  Of that, I’m...positive.