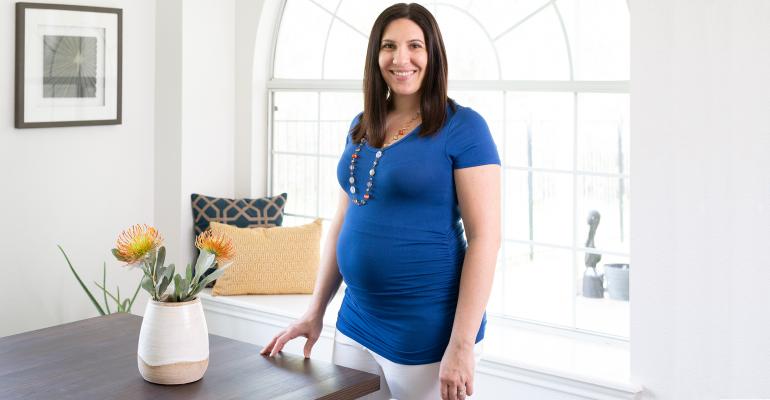 Photo by Buff Strickland Photography
Austin-based Leah Coleman is about five months pregnant with her first child and still building up her book of business.
Practice Management>Careers

Will Having Kids Kill Your Advisory Career?

Winnie Sun, managing director of Sun Group Wealth Partners in Irvine, Calif., was just starting out as a financial advisor at Smith Barney in 2004 when she ran into one of the firm’s top female producers, who was energetic in her work while also caring for a family. Sun told her she saw her as a role model.

The elder advisor’s response? Sun should have had her kids before she started working. “I think you’re crazy for starting in the business before you had kids,” she told Sun. “That would be like career suicide.”

When Sun was pregnant with her first child in the late 2000s, she called her firm’s human resources department to ask about maternity leave. She said she wasn’t a salaried employee, but a producing rep. There was silence on the other end. Turns out there was no formal maternity leave for financial advisors.

A decade later, figuring out how to grow an advisory business while starting a family is still uncharted territory.

At either small, independent shops or larger firms, starting a family can seem incompatible with building a practice for many women, perhaps more so than in other industries. The need to bring in new business, client expectations, unstructured or ad hoc family leave policies and the fact that most licenses expire after two years make it a difficult balancing act. Many take a very real revenue hit.

And it’s still a male-centric industry. Younger women of child-bearing age say they often feel alone, and regardless of whether they’re at a wirehouse or an independent RIA, “You’re on an island,” Sun said.

“For a young woman especially, they’re trying to start their careers and build a business,” says Kate Healy, managing director, Generation Next, at TD Ameritrade Institutional. “They are probably the first person in their firm to have a child, and to figure out what that means.”

Of course, many have come up with creative ways to make it work. Some say being a mom means they have more in common with clients. They can often be more efficient with their time. Even so, in advisor land, all agree a support network for working mothers is crucial—and too often lacking. 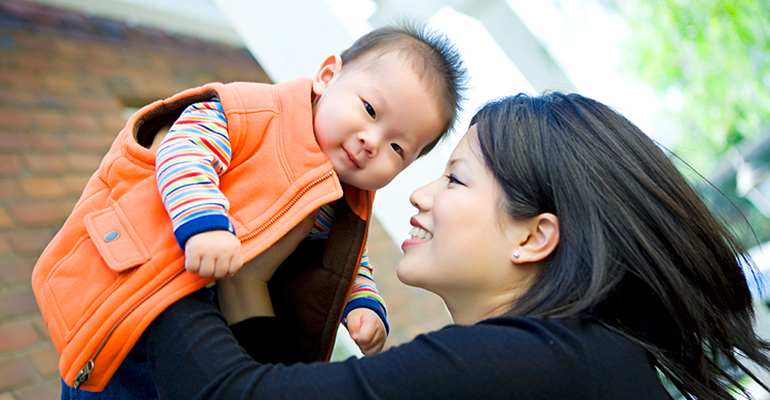 When Sun was pregnant, she would wear dark pantsuits to hide her baby bump so others in the office wouldn’t know. She saw what happened to another pregnant female advisor—other advisors tried to pick off her clients, saying they didn’t know if she was really going to come back.

“I felt like if I did tell everyone, everybody would be at my door asking me, ‘So, hey, how are you doing? Who’s going to take care of your book when you’re on leave?’ It just felt like the sharks would start swimming around.”

“I felt I wanted to hide it as long as I could just because I was unsure of the reaction,” she says. Many were worried she would not be coming back. “It was just uncharted territory. People were concerned. They wouldn’t say it always, but you could sense it on their faces. This was 10 years ago, and I live in the South, and I was a young female. I think that people’s perception is that a financial advisor sits and watches their money every day.” If she was, say, a pregnant dentist, the reaction would be different. “You only see them every six months.”

Nina O’Neal got pregnant with her second child when she was building Archer Investment Management with her partner, Matt Archer.

“I had client after client look at me and ask, ‘Are you going to keep working?’” O’Neal says. Not to mention trying to work while enduring the physical pain that comes with pregnancy. She had some strange side effects, including severe migraines, nose bleeds, arthritis and carpal tunnel. It was harder for her to work in the mornings because it took her a while to be able to use her hands, which were “clawlike” when she woke up.

“Pregnancy was not something I enjoyed. It was just so difficult. I was in a lot of pain every day. I was enormous. I gained 80 pounds with my first, and 70 something with my second. I weighed 113 pounds, so I gained almost another entire body weight pretty quick, by six or seven months.”

She said she was lucky that she had a partner who could step in and help out with clients, and more important, didn’t resent it.

TDAI’s Healy says that kind of active support and cooperation inside an advisory business is crucial, but not everyone is so lucky. “You can’t just call up a client and say, ‘You know what, Becky’s going to be a half hour late because she had morning sickness,’” she said. “Client facing—it’s a big challenge. That’s why it’s so important to work in teams, so you can cover for each other when things like that occur.” 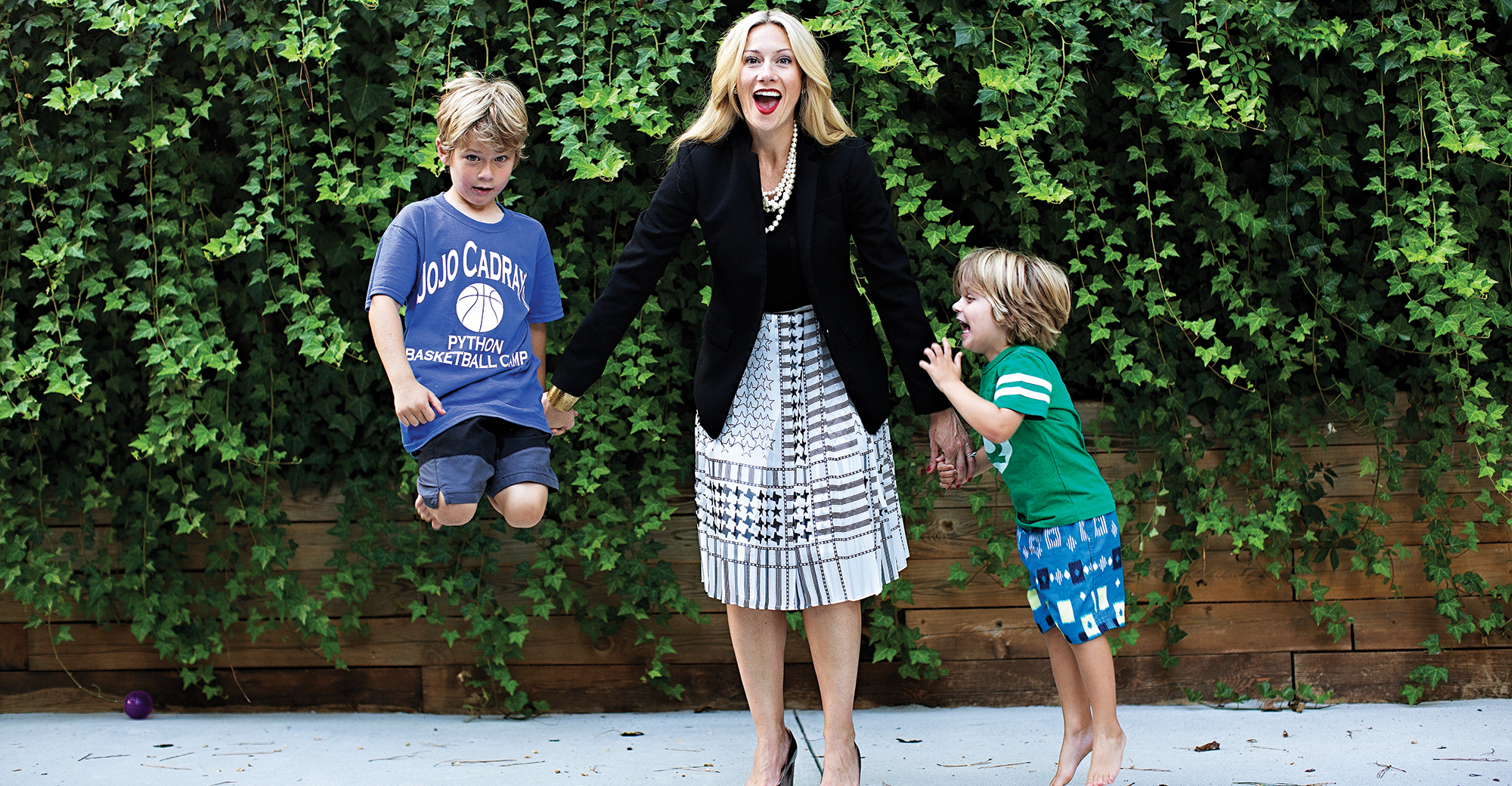 O’Neal decided to have a natural childbirth with her first baby, with no medical intervention. It lasted for 33 hours.

“I felt like I was being hit by a car over, and over, and over,” she said. “Your body doesn’t just bounce back from something like that and nine months total transformation.”

Maternity leave was designed for women to recover from the process and take care of their newborn child. Unfortunately, many women feel they can’t take advantage of it. Not only are there client demands, but more practically, most licenses required to operate in the profession, including the Series 7 and 66, expire after two years. Some designations have annual continuing education requirements. Having a child, or two, in that time frame, can take women away from keeping up with their professional marks.

Firms in the employee channel have maternity leave policies governed by the Family and Medical Leave Act, but the pressure on young advisors can still be intense. That’s why some forward-thinking firms are looking at parental leave in a more holistic way, and not just as time off for new mothers.

Edward Jones, for instance, recently doubled its leave time from eight to 16 weeks, extended leave for all caregivers, not just mothers, and keeps advisors connected to their systems so they can track what’s going on while they’re away.

The firm puts a transitional rep in the caregiver’s branch to handle clients while they’re gone, and advisors continue to receive a payout.

“A financial advisor at this women’s conference a number of years ago walked up to Jim [Weddle] and said, ‘Jim, our policy is not as supportive as it could be or should be. Here’s what I need,’” says Penny Pennington, who recently replaced Weddle as the firm’s managing partner. “Within weeks that conversation was coming to the executive committee to make a change.” 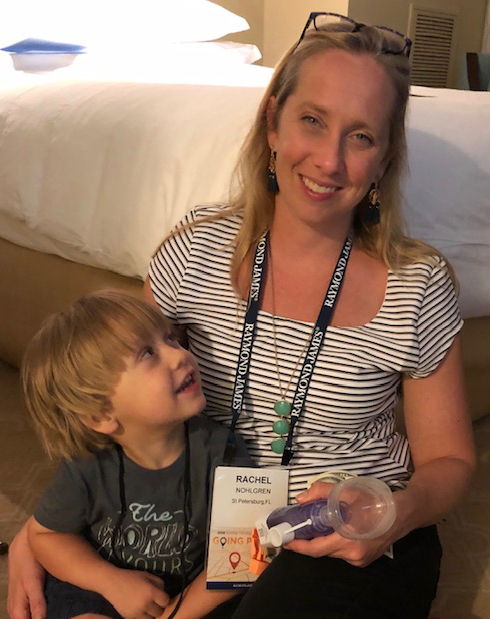 As a planner at Raymond James & Associates, Rachel Nohlgren (pictured here with her son), based in St. Petersburg, Fla., was entitled to three months off when she had her son. During the last month of her leave, she worked from home one day a week to keep in touch with the planning decisions being made for her clients. Her male partners were supportive and gave her that flexibility, but some clients were not as understanding.

An older female client had a question about her financial plan five weeks after Nohlgren had given birth. She told Nohlgren that when she had her kids, she was back in the office after one month. “She expected me to be accessible.”

Things are different in the independent channel, where firms rarely have structured policies, leaving women to define and navigate their own way through.

“Oftentimes, no one wants to deal with it, and it’s like, ‘You figure it out. Just let me know what you’re going to do,’” Healy says. “And so [women are] tasked with defining the plan, figuring out who’s going to cover for them, what’s the time frame going to be. And then if they are the first, it’s oftentimes difficult to ask for things like flexibility or reduced hours, whether it’s for childcare or staying home longer or being able to work at home certain times while you’re raising a child.”

For solo practitioners, it’s even less structured—for both good and ill. Leah Coleman, financial planner and owner of Orchard Financial Group, decided to go independent just so she could have children. Now, she’s about five months pregnant with her first child and still building up her book of business.

She plans on taking six weeks off, during which she won’t take on any new clients. After that, she’ll take on one new client a month before she really ramps up. If a client has a big life event or needs something while she’s off, she’ll figure it out when the time comes. 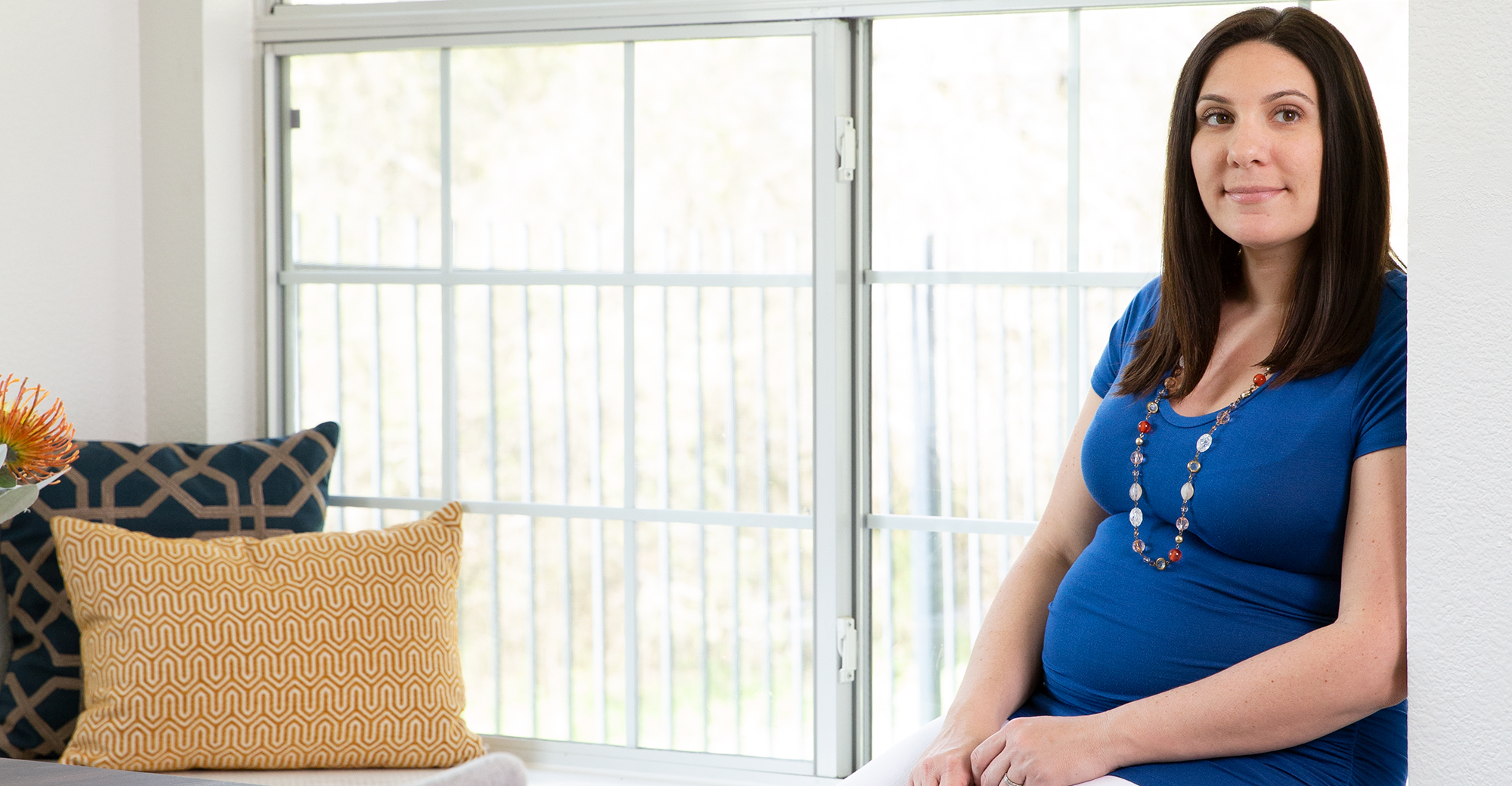 Some worry that opportunities go away for women who decide to take the “mommy track.” Women in UBS’s wealth management division recently complained that their bonuses were cut after coming back from maternity leave, the Financial Times reported.

“I went through a period where I didn’t get any new clients maybe for a year,” Cowan Geletka said, adding she endured a 20 percent revenue fall. “That’s a surefire formula to not succeed in this business. But I was intentional about just treating the clients I had really well and holding my place. I could step up and hit the accelerator when I was ready. And that’s a gift about this career.”

Sun says she took a small hit during the months she was out on leave. Yet her production has doubled compared to before her pregnancy. She started maximizing her time better, eliminating wasted hours previously spent socializing. Hours in the office were completely spent on business.

“I felt just more reason to work so hard; there was just so much more purpose, and I became a much braver person and business owner and smarter business owner,” she says. “A more efficient business owner. My children were probably my best business decision of my life.”

“[Having children] makes you into a real person with similar concerns and similar experiences as [clients] have,” says Edward Jones’ Pennington. “That kind of authenticity, we find in the kind of relationships we have, is really made even stronger when our clients go through that life journey with us. It’s been a real source of strength.”

The Planned Approach, a Kansas City, Mo.-based RIA, has created the kind of firm ideal for working moms. All the employees are female, and the three partners, Stephanie Guerin, Kelly Hokanson and Staci Peterson, are mothers themselves.

Flextime, which gives workers the ability to set their own hours, is an important aspect, they say. Clients have their cell phone numbers. They may take a call on a Saturday, but they don’t feel guilty going to a school event or baseball game on a Wednesday. The firm has a relaxation room, where women can take a nap, pump or do whatever else they need.

“We often question all the norms in the industry in terms of what’s acceptable, what’s not,” Guerin says. She thinks millennial men are going to ask for similar things.

“If companies really want evolved employees, they’e going to have to start thinking about these policies. And they’re not expensive. Flextime is not expensive, and people will be more loyal and do a harder job for you.”