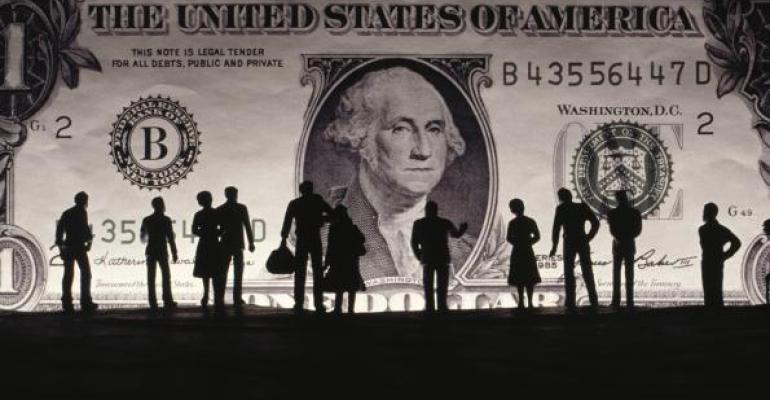 What Boomers’ Retirement Means for the Advisor Industry

Our industry will be unable to keep up with the demand for new advisors to fill the vacancies left by boomers retiring.

The number of financial advisors (RIAs) peaked in 2008 at 325,000. By 2014, that number dropped to 285,000 (Cerulli Associates). The number of FINRA registered representatives is currently at 633,822 (April 2017), which is down from 643,433 in 2015. This reflects only the beginning of boomer retirement trends. Public accounting firm Moss Adams has forecast a shortfall of 200,000 advisors by 2022, with boomer retirement continuing through 2030. This will only compound the shortfall of advisors. The average age of advisers today is over 50, and 41 percent of advisors are 55 or older according to Cerulli. The industry has responded with several battle cries:

What is not being discussed is the reality that:

When I got my securities license in 1989, there were far more options for getting sponsored. At the time, I had grown weary of the laser optical engineering industry, so I had a penny stock firm called JW Gant sponsor me for my Series 7 license. After obtaining my license, I sat in with their reps for one week to observe their cold calling techniques (aka Boiler Room tactics). One week of hard-sell tactics was enough for me, so I joined a 403(b) firm in Los Angeles, which turned out to be a point of stability to establish myself in the industry.

The important point was that I had my securities license, which today is increasingly difficult to obtain via sponsorship. Penny stock firms were plentiful in the ‘80s and ‘90s as a way to get into the business; since then, they’ve been regulated out of the industry.

For one, there are fewer insurance broker/dealers. The 1990s were the glory days for insurance-owned b/ds, as they grew organically and through recruiting, which included license sponsorship. The 2000s marked the start of insurance companies selling their broker/dealers. This happened for a variety of reasons, the primary motive being that proprietary product pressures conflicted with the Financial Industry Regulatory Authority. Here’s a sampling of the graveyard of insurance b/ds:

A primary benefit these insurance companies brought to our industry was their ability to bring in new advisors. Branch managers and regional vice presidents could easily bring new people into the business with longer timelines to build a book of business, which greatly raises a new advisor’s chances to succeed.

Before 2010, many b/ds did not impose minimum production requirements on advisors or branch managers (OSJs). It’s important not to place unrealistic expectations on new advisors as they struggle to build a viable book over their first few years in the industry.

SagePoint Financial (formerly SunAmerica), however, took until 2016 to impose the $50,000 minimum. Before that, the firm left it to the OSJ to decide whether the advisor was worth keeping or not. Going back to their SunAmerica days, this b/d was a hotbed for new advisors. However, with the minimum production requirement, growth will be more dependent on recruiting already-established advisors.

SagePoint’s sister broker/dealer, FSC Securities, had imposed a $50,000 minimum years earlier, spurred by an advisor with $25,000 of production who got a $1 million FINRA fine. Newer advisors are higher risk, with greater risk of impropriety on compliance issues, including churning out of financial desperation, inappropriate product sales and lack of disclosure. So, it makes sense that firms would shun less established advisors and new hires. Numerous IBDs now impose a $200,000 minimum production requirement to join their firm.

There is also heavy pressure on b/ds to raise their average production per rep, especially if the firm is positioning itself as a haven for high-end advisors and wealth management.

We’ve noticed some of these broker/dealers with averages over $400,000 in production per advisor implementing back-door methods to get new blood into the firm. For example, if you are an aging advisor wanting to bring your son or daughter into the business to take over your book, they will recommend that you have them work in administration first, and then get their 65 license, doing fee-only business until their fee revenue is near the b/d’s comfort zone of $200,000 or more. Only after this will they bring the advisor over to the brokerage side.

This approach prevents newer advisors from dragging down production averages, while also preventing higher litigation risk by not having new advisors with the broker/dealer, trying to figure out processes/ procedures and client dynamics.

Many independent broker/dealers agree the industry needs new advisors. However, they would prefer them to be licensed and educated elsewhere, then come to them when they have a decent-sized book of business. Wirehouses, captive insurance b/ds and regional firms have been training grounds for new advisors, but with mixed results.

Wirehouses are currently ramping up training programs as an alternative to large recruiting bonuses. Unless an advisor has a lineup of potential wealthy clients, their chances of surviving are diminished, with a long-term success rate of 20-25 percent. This is an optimistic industry estimate, making training a very expensive endeavor.

For someone considering a career as a financial advisor, financial reward is the primary motive. Still, the time required to get licensed, obtain designations and build a book can seem like a Herculean task. With DOL rules and impending fee compression, an advisor that made $1 million in fees/commissions on $100 million of assets could very well need to have $125-140 million of assets to make the same amount.

If retainers rather than basis points on assets take hold in the future as some propose, we may see $100 million of assets producing only $300,000 of revenue. (I’ve placed retainer model advisors, and these ratios hold true.) The obvious conclusion is, with earning potential going down, appeal to enter our industry will also decline.

Couple this with ever-increasing paperwork requirements by broker/dealers, the need to be wary of potential client complaints over things out of their control, such as market declines or potential breaching of the many company policies/FINRA rules they need to keep up on and you start to realize that the enjoyment of being an advisor is waning. As we consult with advisors on their succession plan, we frequently hear, “I’m glad I’m getting out of the business when I am.” This is a natural response as compliance, FINRA rules, policies, procedures and paperwork have become increasingly burdensome, giving advisors a sense of relief exiting our industry.

The bright side to our future is that independent advisors still love being entrepreneurs and enjoy the relationships they have with their clients. Regulators seem to think it is noble for advisors to earn less and that it will benefit the consumer. In reality, the regulators make it less appealing to enter into our industry.

Jonathan Henschen is the president of Henschen & Associates, a recruiting firm in Marine on St. Croix, Minn.