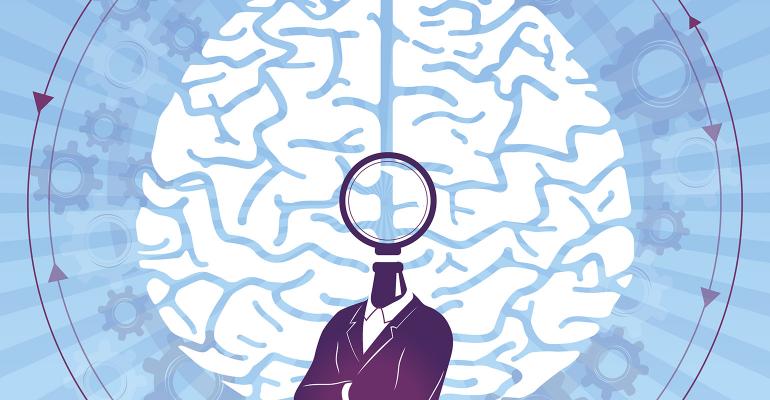 Three Cognitive Biases That Could Be Hacking Your Culture

We’re battling hundreds of preloaded tendencies that can skew our objectivity, but the wise leader anticipates how cognitive biases can spark struggles to remain aligned under a common vision.

Each of us has hundreds of cognitive, or unconscious, biases that influence our behaviors and shape the way we understand events, facts and other people. Our individual cognitive biases can reroute us away from objective or critical thinking; this is a result of the human brain’s tendency to filter information through our own set of beliefs and experiences, which may not be reasonable, universal or accurate.

Our biases like to walk down memory lane strolling past a series of largely falsified events, seizing opportunities to draw sharp conclusions from almost no data, inventing conspiracy theories connecting random events simply because they happened in close succession and spinning any number of white lies to protect our egos. These unconscious tendencies can have major ramifications if left to their own devices.

Given that we all are battling hundreds of preloaded tendencies that can skew our objectivity, the wise leader anticipates how cognitive biases can spark struggles, within themselves as well as within other employees, to remain aligned under a common vision. When we come together in big organizations, our biases can function like a malware overloading the system. And, like most systemic problems, these malfunctions generally place a greater burden on marginalized individuals and individuals with the least decision-making power. Our biases are real and have real life consequences—like losing team members due to misunderstandings or defaulting to problematic implicit biases that harm your company’s culture of diversity and inclusion.

Take a deep breath though because building awareness is half the battle. You can avoid pandemonium and outsmart the collective cognitive biases of your team by bringing structured awareness to unconscious beliefs, decision-making and company practices and then creating structures that check for different cognitive biases in real time.

Here, we’ll consider three common cognitive biases that, if held in check, can have positive impacts on trust building while strengthening your company’s culture.

The glitch: When me, myself and I agree to agree

The False Consensus Effect is the tendency to overestimate how much others agree with your own beliefs, behaviors, attitudes and values.

For example: You are running a training with people who are all your subordinates. They don’t question your approach, and so you assume they agree with your beliefs about the subject and share your understanding of why this element of the work is important. Afterwards, the trainees speak amongst themselves and share that they disagreed with the strategy laid out during the training.

The fix: The true consensus will set you free.

Seek understanding by encouraging different viewpoints and perspectives so that a range of ideas, rather than yours alone, are given valid consideration.

Implement structures for feedback from a 360-degree vantage point (your superiors, those you manage, and others across levels and departments at your company).

Don’t assume people agree with you and understand your vision. Actively work to remain on the same page with your team and seek solutions to realign in areas where things have gone awry.

Create opportunities for teams to collaborate and shape the company’s vision.

The glitch: Widespread fear of failure

This is the tendency for people to give themselves credit for successes but lay the blame for failures on outside causes. In any workplace, we are keen to protect our self-esteem and less keen to admit failure or fault.

For example: Your team does an excellent job executing on an assignment you gave them the previous week, and you assume their success is the result of the strong delegation and support you offered. Later that week, your team misses the mark on a training webinar proposal by a long shot. In this instance, you jump to the conclusion that the proposal turned out badly because your team didn’t think critically about the assignment and must have rushed through the work.

Substitute self-serving for servant-leading to build trust and encourage collaboration. Challenge your beliefs, even when your ego is at stake. Remember that everyone has cognitive biases, and constructive feedback benefits us all in mitigating them. Further, aversion to critical feedback and differing viewpoints erodes trust and emboldens your blind spots (which, of course, is also a cognitive bias).

Normalize failure; advocate for learning and feedback. Criticism, especially from someone who has less power in the dynamic than you do, is a gift and should be received as such. The messenger worked up a lot of courage to offer criticism, and if you inquire with questions to understand fully, you will almost always learn something valuable. Practice saying thank you before anything else every time someone shares a piece of feedback with you, even when you don’t agree.

Knowing our brains are inclined to believe we deserve that gold star, we must take it upon ourselves to take a step back and make sure we did in fact do our chores today.

And since we know our memories are constantly being altered by a different set of subconscious biases, best not to rely on our recollections alone. Reach out to your team for their interpretation of events.

This is a psychological phenomenon where people do something primarily because other people are doing it, regardless of their own beliefs, which they may ignore or override.

For example: The word “diversity” seems to be on the tip of every human resource person’s tongue as they aim new initiatives to that end. Financial advisors seem to have hopped on that bandwagon, with two-thirds of them believing their firm’s leadership is invested in increasing diversity among their advisors, according to a Cerulli survey in 2020. By contrast, advisor demographic statistics indicate that the strides being made are minimal at best. In 2015, Cerulli’s survey showed that women accounted for only 15.7% of financial advisors, while in 2020, Cerulli found that number had increased by only 2.4% to 18.1%.

A Bonus Bias: The Halo Effect

Also known as the "what is beautiful is 'good' principle,” or the physical attractiveness stereotype. The name comes from the same sort of martyrdom we often attribute to the dead; may they rest in peace. The halo effect causes us to imagine that things and people we are fond of are inherently good. This is problematic in that when it comes to race, disabilities and gender, we have preconceived beliefs about what is good or attractive dictated by larger societal norms.

For example: You are training three people on how to run a demonstration of your company’s product. Of the three people you have worked with only one of them on a previous project. In that instance, you recall that they were a charismatic communicator and praised your abilities as a leader. As a result, you believe that they will be the most effective of the three trainees in this new unrelated skills area.

The fix: Hop off the Bandwagon Effect and celebrate individuality through systemic changes to processes

Challenge your own beliefs and create space to reflect on your behaviors and past decisions. Remember cognitive biases are the direct result of your individual life experience, which is deeply connected to your identity and background.

Hold yourself accountable by implementing systems in your company or on your team that have checks and balances for biases that may be a threat to the inclusion of diverse team members and teammates with the least decision-making power.

Last, encouraging dialogue and relationship building through points of connection, like adorable photos of dogs for example, is essential for building a culture of community and trust.

Rick Williamson is the director of training at Redtail Technology, a CRM software provider based in Sacramento.