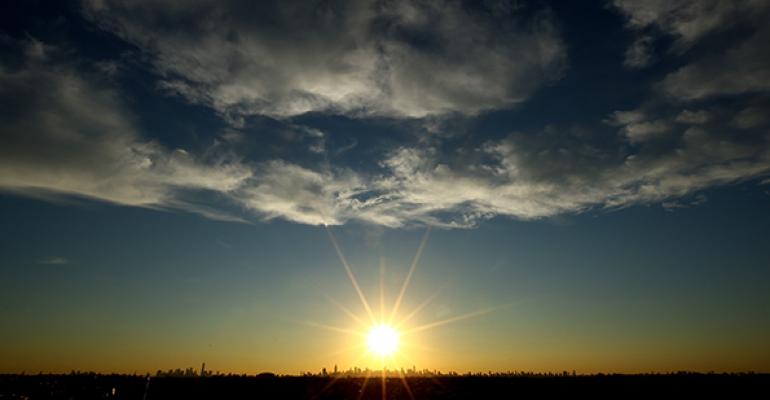 Take the Sunset Package or Sell the Business?

When thinking strategically about your career, no matter what stage you’re at,  keep in mind the end goal should be to realize the value of your life’s work. Essentially, your retirement options fall into two categories:

1. As an employee, participate in a retiring advisor “sunset program.”

2. As an independent, sell your business on the open market or via an internal succession plan.

For employee advisors, exploring your firm’s sunset program might be a sound way to face retirement. These plans, offered by all of the wirehouses and regionals and by most traditional firms, give retiring financial advisors the opportunity to formulate a retirement strategy whereby they can actively select a younger advisor or team to take over the business and, over a period of time, be paid by the successor and eventually ride off into the sunset. And, if so inclined, advisors can structure their exit so that they can transition out of the business gradually. Here are some of the benefits to the firm:

1. The retiring advisor’s assets have a greater chance of remaining with the firm.

2. It encourages advisors to form teams, which has shown to increase productivity, client experience and retention.

3. Keeping retiring advisors happy and captive induces them to work hard to foster the movement of client relationships to the successor advisor.

4. It doesn’t cost the firm anything; the non-retiring advisor who is assuming the book of business is responsible for paying the retiring advisor from revenue generated by the assets in question.

5. A sunset agreement trumps the protocol, which defines what kind of client information a departing broker can take to a new firm. In a sunset arrangement, the agreement between the retiring advisor and the remaining advisor that spells out the terms and conditions of the transfer of business will often contain restrictions that would prevent younger FAs from taking a retiring advisor’s business with them if they were to leave the firm. This type of arrangement would fall outside of the protocol and can be enforced by the firm.

The four wirehouse firms have recently tweaked their retiring advisor programs to make them more attractive to advisors and stave off a new wave of attrition. Given the breadth of competition for advisor talent and the costs associated with rewarding and onboarding new advisors, this certainly makes sense. While each of the large firms call their plans something different (Merrill Lynch – “Client Transition Program”; Morgan Stanley – “Former Financial Advisor Program”; UBS – “Transitioning Financial Advisor Program”; and Wells Fargo – “Financial Advisor Succession Program”), they are all similar in terms of providing a revenue stream of, in some cases, up to 200 percent of trailing 12-month production to a retiring advisor over a two- to five-year period.

But what of the advisor contemplating retirement who doesn’t want his business to remain at the current firm, or the one who has been independent for some time? One of the greatest pulls of ownership is the ability to sell the business on the
open market.

Today, valuations for primarily fee-based wealth management firms are up to three times annual revenue—or more often seven to nine times earnings before interest, taxes, depreciation and amortization—and the proceeds are taxed as capital gains instead of regular income. While it’s probably easier for advisors to retire from the big firms they worked at for most of their professional lives, the long-range upside can be far greater in the independent space.

Take Roger, a 58-year-old advisor who was the senior partner of a team at Merrill Lynch in the Southeast and who was personally producing in excess of $1.5 million annually on almost $175 million in assets. (His team’s total production was just over $2.5 million with approximately $275 million of assets under management.) Roger was in partnership with his son and nephew, and was approaching the age when he was seriously considering retirement.

He had always believed that he would retire from his firm and had been keeping abreast of Merrill’s client transition program. But recent changes at the firm, such as being forced to raise client fees, convinced him otherwise. Although the money he would have received from the firm’s sunset program was adequate, he just didn’t believe that his son and nephew would thrive and prosper if they remained at Merrill. Roger felt that only he and his team knew what was best for their clients, and he didn’t want a “faceless corporate giant” to dictate policies that impacted them. He reached out to me to learn about his options.

After gaining an understanding of Roger’s business, goals and expectations, we arrived at three distinct possible exit scenarios:

1. The team stays put—the easiest and most seamless solution. This was a definite possibility, and other issues aside, would have garnered Roger several million dollars over the next few years as he retired out of the business and was paid out by his successors.

2. Move the entire team to another traditional firm. In this scenario, Roger would have been paid a large transition bonus—upwards of 300 percent of trailing 12-month production—and might even have negotiated a note for something less than the average nine-year term. He could then have entered into a succession transaction with his partners, and been paid an additional amount by them for transitioning his book of business.

3. Go the independent route. As the landscape has evolved, there are many versions of independence that would have allowed Roger to structure his exit with his son and nephew under any terms and conditions that they could agree upon, including giving Roger the ability to work a few hours per week for as long as he wanted to.

After consideration, Roger and his team decided to break away and go independent with Focus Financial Partners. Focus valued their business by applying a multiple of five (taxed as long-term capital gains) to a portion of their earnings before owner’s compensation (EBOC). Focus then structured the deal so that the majority of the cash in the transaction was paid to Roger, as he had the shortest “runway” left to work. He will remain a full-time employee of his new firm for five years, and pursuant to the buy/sell agreement he negotiated with his son and nephew, he will be paid 100 percent of his personal production at that time. He will also have the opportunity to stay on as a consultant, being paid an hourly rate and a percentage of business he brings in. For Roger, this fulfilled all of his financial and emotional requirements and allowed him to leave a legacy he felt incredibly proud of.

Making the decision to retire completely or to scale back your work schedule is a big step. The good news is that there are many legitimate options for the soon-to-be-retiring advisor. Planning early and setting a road map for the future are the best things you can do to ensure that you are the master of your own destiny, rather than letting circumstances dictate your  exit strategy.