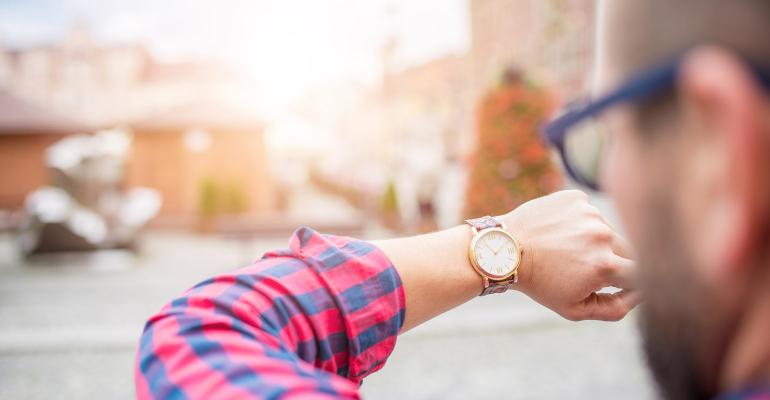 Take a Lower Deal? Or Wait It Out?

If current deals aren’t robust enough to motivate you to move, watching and waiting may be the best option.

Recruiting deals have taken a big hit, dropping to levels we haven’t seen in years. So advisors who are considering a move are left with an uncomfortable decision: Do I stay and wait out the storm or leave now?

We are living in unprecedented times; everyone thought deals were only going up but have actually come down. Will we ever see 350 percent-plus deals again?

There are many factors at play: The overall changing regulatory environment, the Department of Labor fiduciary rule and a new administration. And of course, each of the firms is watching one another to gauge their responses and gain a competitive advantage.

Leaders at all firms have been looking for an opportunity to bring down the cost of recruiting because, from their perspective, transition packages have gotten out of hand. The waves of disruption have provided just the right opportunity for firms to reassess and recalibrate. Ultimately, whether 250 percent is the “new normal” for top recruiting deals can only be answered months from now as the firms look at their success in recruiting with these lower packages.

So as an advisor who may be evaluating one of these new lower deals, I ask you this: What is your motivation to make a move?

If your current firm and everything about it is working — i.e., you are able to service your clients and grow your business without limitation — then our advice is that you stay put, continue to do your best work and take the wait-and-see approach.

Yet, those who are choosing to move despite lower deals (including a number of multibillion dollar teams so far this year) have a different agenda, one much less focused on immediate monetization. The majority of these recent moves are advisors and teams looking to leave the wirehouse world for an alternative model — regional firms or some version of independence — where recruiting packages have been largely unaffected. And in many cases, this is where the real economic benefit of the move is in the long-term.

Take the family team who left UBS late last year to form independent registered investment advisory, The Harvest Group. While I wasn’t the recruiter who facilitated this deal, it’s safe to assume that this team eschewed maximum transition money in return for better take home pay, the ability to build enterprise value and the freedom, flexibility and control to best serve their clients.

That said, there are teams who feel that having a big name provides the value they need to build their business. Consider the $8 million J.P. Morgan team in Los Angeles that joined Morgan Stanley earlier this year — despite (likely) accepting a lower than deals offered to their like-sized colleagues less than six months ago. The motivation for a team like this has more to do with solving for things that couldn’t be fixed as long as they worked under the J.P. Morgan umbrella, and to leverage unique offerings from Morgan Stanley.

It’s also worth mentioning that there are still some very high-quality firms outside of the wirehouse world that are leveraging their competitive advantage and, for now, offering transition packages in excess of 300 percent.

If current deals aren’t robust enough to motivate you to move, when all things are considered, watching and waiting may be the best option.