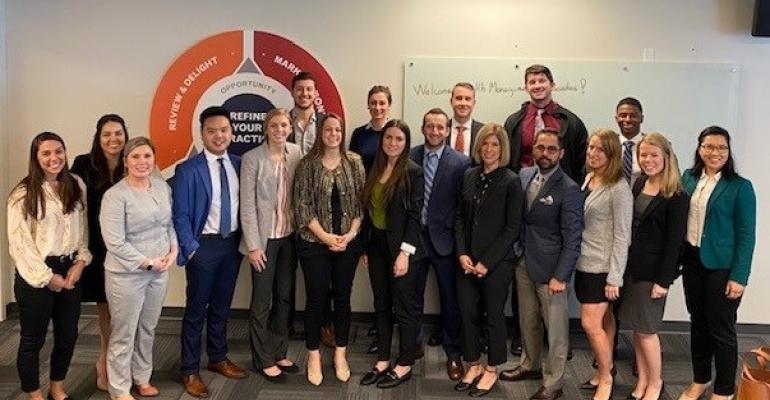 The firm has developed a new program to prepare recent graduates and career changers for its formal advisor training program, with an emphasis on financial planning.

Raymond James has launched a new training program, currently being piloted in its employee channel, to prepare recent college graduates and career changers to become financial advisors;  it caters to folks who need a longer runway than the firm’s two-year Advisor Mastery Program (AMP), the formal advisor training program it launched in 2012. Unlike the firm’s other pipeline programs, the new Wealth Management Associate Program (WealthMAP), which kicked off with 18 people, will focus on financial planning.

“We believe that if people truly understood what advisors do, this next generation would flock to this job,” said Matt Ransom, vice president of new financial advisor development at Raymond James. “Unfortunately, there's a big negative misperception around the industry itself. So we're trying new things to attract new talent, so that we can increase our advisor ranks with the right people.”

WealthMAP is a two-year program that feeds candidates into Raymond James’ AMP program. The firm will sponsor candidates for their Securities Industry Essentials (SIE) exam, Series 7 and 66. Candidates in the inaugural class work in branch offices of Raymond James & Associates, the firm’s employee brokerage, and the firm will pay them a salary as they go through the program. Successful candidates will then be able to skip the licensing requirements of the AMP program, which typically takes about six months. In total, these folks will be in training for about 3 1/2 years before becoming a full-fledged financial advisor.

Ransom said about half of the candidates are fresh out of school, three of which came from financial planning degree programs. Some came from other industries, including biology, communications and psychology, while one candidate was a stay-at-home mother returning to work. More than 70% of the class is diverse, which the firm defines as women or people of color.

The firm has other pipelines for aspiring advisors, including its Registered Associate Mentoring Program, which is for individuals that are already licensed and working in a branch associate role. That’s a one-year program designed to give them a preview of AMP. WealthMAP, however, will focus on financial planning skills; the firm believes that’s where the industry is headed.

“There’s a bigger need for helping people through life,” Ransom said. “And that’s really financial planning. We love that process and feel like if we help equip people to feel confident with that, that’ll only increase our advisor success rate. But it would also help existing advisors meet more client needs than they might be able to meet right now.”

The WealthMAP program will require candidates to visit the home office four times in the first year. The training will consist of three phases; during the “learn” phase, they’ll get licensed and learn how to use the firm’s financial planning system. The “action” phase will involve using that knowledge of the system to work with people. And the third phase, the “practice” phase, includes running through multiple cases before working with actual clients and prospects.

Raymond James has tried to differentiate its training program from other Wall Street firms’ training programs, getting rookies in the door by focusing less on sales skills—a turnoff for many young people—and instead on relationship-building. Its AMP program has grown from about 150 candidates a year in 2017 to approximately 300 currently.