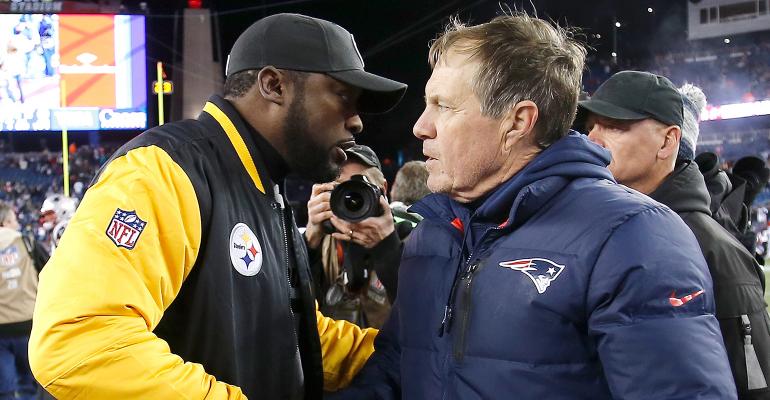 Planning With Personality: Financial Advisors Can Learn A Lesson From NFL Coaches

Are you an extrovert or introvert? Self-awareness best defines success.

By Zachary Conway and Michael Conway

New England Patriots head coach Bill Belichick has earned a reputation as a master of football—a calculating strategist who carefully executes every game plan. Meanwhile, Mike Tomlin, head coach of the Pittsburgh Steelers, is known for his fiery, demonstrative coaching style. In the past, Tomlin has used some choice words to describe the Steeler’s AFC rival and their more reserved head coach. He’s made it clear the two won’t soon become best friends.

So, in a high-pressure league in which every little adjustment on or off the field can change the outcome of a game, how can two people so different share the same job title? Despite their contradictory dispositions, both have proven wildly successful in one important category: winning. This year, Belichick and Tomlin led their respective teams to the 2017 AFC Championship.

In almost any industry, including financial planning, conventional wisdom says extroverts are more likely than introverts to find professional success. As an extrovert, Tomlin embodies the societal interpretation of strong leadership. Meanwhile, Belichick, the introvert, defeated the Steelers and led the Patriots to their fifth Super Bowl title against the Atlanta Falcons. As is often the case, conventional wisdom missed some important nuance.

Financial advisors, or those thinking about joining the profession, should understand that high-level personality traits don’t necessarily define chances for success. We tend to believe that such sales-oriented roles demand an unreserved personality type, someone who can build a network through active engagement, persuasion, and inspiration. Generally speaking, however, these two personality types both comprise unique disadvantages and strengths.

Professionals like advisors should realize that two broad personality categories can’t encapsulate all of the complexities of human behavior. While we can classify personalities to some degree, many personality assessments reveal numerous multi-level character details that make each person unique. One innovative evaluation created by Sally Hogshead called the Fascination Personality Test sorts each user into one of 49 personality “archetypes,” each embodying very specific competitive advantages.

Regardless of these complex traits, self-awareness best defines success. Coaches like Tomlin and Belichick likely know exactly how players perceive them, helping them to connect with each person to maximize chances to win. Think of a highly extroverted advisor that doesn’t realize that prospects perceive him as abrasive. Without knowing how his behaviors induced that perception, it’s unlikely the advisor will create lasting relationships despite the societal assumptions about extrovert success.

After self-awareness, advisors need to recognize each personality of his or her clients. Leaders like Belichick succeed by identifying the traits of others and tailoring their approach accordingly. A style that works for one player might not work for another. Think of a deeply analytical client that only finds comfort in an investment strategy by examining specific details. If the advisor isn’t aware, he may not spend nearly enough time discussing those details in a quarterly review, leaving the client feeling insecure—the exact opposite of the advisor’s intent.

Understanding personal strengths and weaknesses also enables advisors build the most compatible and effective teams. Belichick makes superstars out of players that other teams pass over because he first examines every facet of their skill set. Similarly, advisors need to recognize every personality nuance of the people they hire. Assessments like the Fascination Test can help find needed strengths that fill gaps and fit best with other hires. Just like an NFL roster, finding that compatibility builds teams equipped to win.