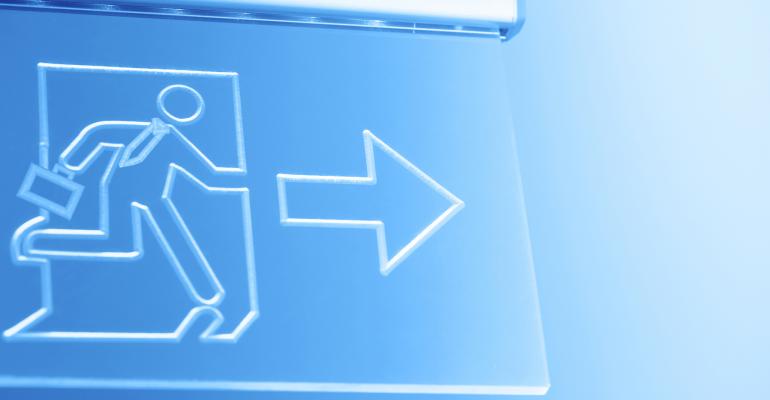 Now Is the Time for Wirehouse Advisors to Go Independent

With firms leaving the Protocol for Broker Recruiting, it’s only going to get harder for breakaways.

Wirehouse advisors no longer have a choice: It’s time to defect to the independent space. While it may come at a cost, both in terms of time and money, and result in legal headaches, the alternative has become unacceptable, especially for younger advisors who have long careers ahead of them.

Of course, thousands of so-called breakaway brokers have already made this move in recent years, but the stakes now are perhaps higher than ever. That’s due to the evergrowing number of high-profile firms that have withdrawn from the Protocol for Broker Recruiting. Morgan Stanley announced last October they would leave, while Citigroup and UBS have since followed suit. Others are sure to do the same in the coming months.

Related: Breaking Away in the Post-Protocol World

Protocol was born nearly 15 years ago, at a time when protracted legal battles ensued each time a prized recruit moved from one wirehouse to another. While lawyers prospered in that environment, firms, advisors and clients suffered. Protocol, for all intents and purposes, was a promise among firms to stop suing each other as long as advisors followed a set of prescribed rules.

Back then, few wirehouse executives viewed independent firms as a threat. The technology, research, product selection and branding advantages were too great. Eventually, though, those advantages started to erode—and in the case of branding, became liabilities, thanks to the transgressions of some big banks in the run-up to the financial crisis. The recent misdeeds by Wells Fargo’s consumer banking unit have only made matters worse. It’s no wonder wirehouses have begun to drop out.

Related: What Non-Protocol Status Means for Those Considering Independence

As this trend continues—and it will—firms will rely on restraining orders and the threat of legal fees to keep advisors in check, and then move to put performance bonuses on a long-term deferral schedule and make non-solicitation agreements a requirement. From there, it will only get worse.

Having neutered the defection threat, firms are likely to make changes to pay grids that will, in effect, cap advisor compensation and minimize the level of flexibility advisors have in running their book of business. (While independent firms have always liked to play up the fact that they offer advisors unmatched freedom and flexibility, the truth is that, historically, wirehouse advisors have had the same the sort of autonomy that small businessmen and women enjoy.)

In a post-Protocol world, a wirehouse advisor will be just like any other salaried employee, restricted not only in what they can make but what kind of practice they are able to run. And that’s the whole point: Reducing fixed costs (i.e., salaries and other forms of compensation) is perhaps the easiest way for a wirehouse to boost margins.

All of this is why the time to go is now—even if your firm has already left Protocol. Will the transition process be long, protracted and marked by more administrative headaches than what has previously been the case? Almost certainly. Will there be legal fees? Undoubtedly. Will every client come along? Definitely not.

But wirehouse firms are starting to make plain what they have always believed: We own your clients and, by extension, we own you. In the past, options existed. With those drying up, compensation will be lower, with bonuses being harder to attain and less accessible. Your client relationships, which were never technically yours (even though we all know who was responsible for them), will now unquestionably be controlled by the firm.

It’s not an easy choice, but it is an obvious one, because the wirehouse model will not get better for advisors.

Steven Dudash is the president of IHT Wealth Management, an LPL-affiliated Super OSJ based in Chicago with over $1 billion in assets under management.