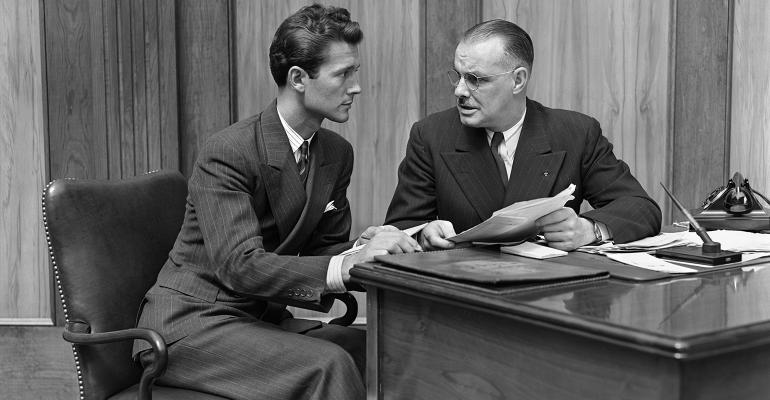 Rather than just signing on the dotted line of their firm’s succession plan, next-gen inheritors (and their senior partners) are exploring their options in a more evolved industry landscape.

Accumulating assets by way of a wirehouse retire-in-place or sunset program has long been considered an ideal—not to mention enviable—inorganic growth strategy for younger advisors. In fact, we’ve spoken with many over the years who have situated themselves as the “go-to” or “de facto” next-gen advisor within their branch, poised to inherit the businesses of an aging advisory force.

On the surface, such a strategy benefits both constituents: Senior advisors gain access to their firms’ built-in succession plans and a pathway to unlocking liquidity, while next-gen advisors stand to grow their asset base.

Related: Developing the Next Generation of Financial Advisors

Yet, advisor sentiment has been shifting over recent years and, as such, advisors are questioning if these sunset programs are right for their futures—prompting both young and old to “hit pause” before hastily signing on the dotted line.

Sunset Programs and the Strings Attached

According to a recent survey, 44% of advisors are over the age of 55 with more than one-third due to retire within the next 10 years. Given that, next-gen talent within the rank and file of the major brokerage firms have a tremendous opportunity to capture the assets of an aging advisory force.

As attractive as the opportunity may be to inherit a book, retire-in-place programs have become more restrictive than ever before. Ultimately, these programs serve as powerful retention vehicles, binding the fate of a younger generation of advisors to their respective firms for a period of five years or more.

While some may consider this a small price to pay in exchange for a growing asset base, many next-gen wirehouse advisors fear their firm’s culture will become even more restrictive over time—particularly in the face of cross-selling mandates, decreasing support and ever-changing compensation plans.

That’s not to say that choosing to inherit a retiring partner’s business and sitting tight for five-plus years is necessarily a bad career strategy. But before doing so, what every next-gen advisor must ask themselves is whether they can live with any and all changes that may come down the pike—and if they are willing to tie their fate to a firm whose DNA is changing rapidly.

Over the past decade, a power struggle has been playing out between advisors and the firms they work for, with advisors desiring more control and firms granting less of it. While increasing bureaucracy and a more heavy-handed compliance environment may seek to further handcuff advisors, a generation of successors has emerged with a more entrepreneurial mindset and greater desire for control than the generation of advisors before them.

These advisors recognize the impact that social media and digital marketing have on driving client interaction and prospecting—and crave the freedom to communicate with clients and market their brand. Additionally, they long for greater control over how they serve their clients in terms of accessing the best of what the Street has to offer when it comes to investment platforms and technology. And as investment advice becomes commoditized, they’re more inclined to create bespoke experiences for their clients.

Yet, as these next-gen advisors look toward their future as employees at bulge bracket brokerages, they often find that their wish list is in stark contrast to what’s possible within the confines of their firms. So as attractive as it might be to be the “de facto next gen” for a population of soon-to-be-retiring advisors, they ultimately want something different, something more than their predecessors.

So with a transfer of assets looming ahead, next-gen advisors are going in with their eyes wide open—knowing what they’re gaining and what they’re giving up should they choose to sign onto their firm’s retire-in-place program. As such, they’re taking the time to get educated and make sure there isn’t a better enough alternative—one that will offer them greater freedom in how they serve their clients, grow their businesses, and build enterprise value while also solving for the succession and liquidity needs of their senior partners.

The good news is that unlike the generation of advisors that came before them who had a more binary decision when it came to making a career move—typically to move to another wirehouse or stay put—next-gen advisors have an evolved industry landscape beckoning.

For example, a continually growing variety of options within the independent space has attracted many of these multigenerational teams—where they’re crafting customized succession strategies that allow all constituencies to realize the enterprise value of their business.

But some will feel the handcuffs that bind them are a small price to pay, while others will ultimately opt to make a well-timed and thoughtful move. Regardless of which path a next-gen advisor chooses, what’s clear is that many are taking the time to view their future and the wealth management industry with greater clarity—before they sign on the dotted line.

Deborah Aronson is a manager and senior consultant at Diamond Consultants in Morristown, N.J., a nationally recognized boutique search and consulting firm in the financial services industry.