Lori Van Dusen has lived through and embraced the evolution of the industry over her three decades as an advisor.

It’s interesting how many advisors we talk with share how they’ve “grown up” in the business.

Some had family members who were brokers, while others had “financial mentors” who provided formative knowledge and real-world experience.

For Lori Van Dusen it was the latter. Her interest in the markets and all things financial was gleaned from her grandfather, a role model who unknowingly set in motion what would become an extraordinary career in wealth management.

Lori joined Shearson Lehman Brothers in 1987, a firm that was later acquired by Citigroup Smith Barney.

By 2004, she achieved the title of Managing Director with Citigroup Smith Barney.

Yet even after growing the business to nearly $6 billion in assets under management, Lori found that she kept coming up against rules that were designed for businesses unlike her own. And for her institutional clients, she felt at a competitive disadvantage because they weren’t able to source the pipeline of investment options she felt her clients really needed.

It was 2008 when she made a bold and courageous move, leaving Smith Barney to assume the co-leadership role of Convergent Wealth Advisors’ Institutional Group—one of the largest independent firms at the time.

But even after growing her business at Convergent, she still desired greater independence. 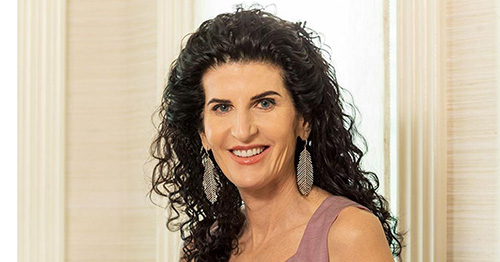 So in 2011 she forged her own path, launching independent firm LVW Advisors with Focus Financial Partners.

The now $2 billion Rochester, N.Y. firm serves high net worth individuals and institutions in a conflict-free environment—a firm she designed “as the next generation of advice,” creatively serving clients as true fiduciaries.

In this episode, she discusses a journey that spans over 3 decades with a level of experience few can offer, including:

Lori’s a visionary and real industry pro, with numerous accolades including Barron’s Financial Advisor Hall of Fame and Forbes Top Women Wealth Advisors lists. She lived through and embraced the evolution of the industry landscape and can provide a perspective that takes a rare “advisor’s point of view” approach. There’s much to learn from her story, with key takeaways for employee advisors and business owners alike.