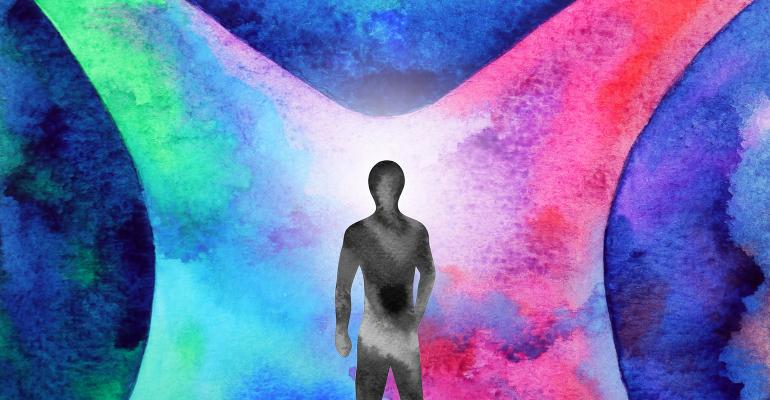 Independent RIA Vs. Tuck-In: A Guide for Advisors Seeking Independence

Transition options should be viewed as a spectrum, not a black and white choice.

Traditionally, a financial advisor's career path begins at a large-scale brokerage firm or wirehouse. For years, industry professionals took this well-worn career track, leveraging a big brand name and established institutional processes to build a book of business. However, over the last decade, there's been a pronounced shift from brokerages to RIAs as entrepreneurial- minded and client-focused advisors break away from the old ways and toward professional independence.

The reason for the mass migration is clear; independence fosters happiness, a better sense of on-the-job fulfillment and increased earning potential. According to Charles Schwab, 90% of RIAs are completely satisfied with their move away from the world of captive brokerage. Ninety-four percent of them prefer independence because they're able to do what's right for their clients. Add to that the fact that in many scenarios, RIAs are able to retain 100% of their advisory earnings, and the impetus for the shift becomes clear.

Related: Working from Home: For Some Advisors, It’s a Test Drive of Independence

Choosing The Right Model For You

Going independent isn't a one-size-fits-all proposition. There are different methods for emancipating yourself from the big wirehouses and striking out on your own. The primary choice is whether to go all in as an independent RIA or join a “Shared ADV” model, commonly referred to as a tuck-in model. It's critical to understand the key differences between the two routes.

For advisors curious about independence, giving up your existing brokerage firm's infrastructure can be an intimidating proposition, but by joining an existing firm (“tucking in”) those fears can be mitigated. Tucking in is the middle ground between a wirehouse and the independence of starting your own RIA firm.

With the tuck-in model, you have pre-established infrastructure available and don't have to worry about the operational considerations that an independent business owner would. By choosing the tuck-in path, you will likely have access to the existing firm's technology and compliance program. In essence, the tuck-in model is more of a "plug and play" approach.  It allows advisors to retain some of the institutional structure that is a benefit of a wirehouse while gaining some of the freedoms that come with being in the independent space.

With the independent RIA model, you are the business owner and therefore enjoy unlimited potential for customization. Typically, if you choose to become a fully independent RIA, you completely guide the direction of the firm and are responsible for building out the infrastructure, resources, and overall business. While that may sound daunting, there are a variety of service providers that offer middle and back office services along with industry expertise to help you build a practice around your needs and goals.

The choice between the two methods doesn't have to be either/or though; there are a range of options available. Some firms even allow advisors to tuck in as a stepping-stone, getting their feet wet in the independent space before transitioning to full independence while retaining access to some of the larger firm's resources. Additionally, new service providers are entering the space constantly. Transition options should be viewed as a spectrum, not a black and white choice.

The Question of Compliance

The concerns of industry compliance are on the forefront of every financial advisor's mind. With an established brokerage firm, the necessary compliance structure is already in place. Therefore, many advisors looking to go independent may opt for a tuck-in model right out of the gate as it will likely feature a compliance program already built out.

Yet, while it is important to consider compliance when choosing the right direction for your business, it shouldn't be the primary deciding factor. There are multiple resources available to help you build your own tailored, successful compliance program. In the end, it is a matter of personal preference and comfort level.

Striking out on your own involves weighing your financial options carefully. Establishing your own independent RIA firm means an initial outlay of startup capital. Players new to the independent space might be deterred by these costs, choosing the tuck-in model instead. Often, the cost of participating as a tuck-in RIA is much more affordable, especially at the outset given the prevalence of upfront money as incentive to tuck in. These lucrative payment structures, often based on a multiple of production, can be useful for advisors financing the transition to the independent space but should be considered carefully as they may come at the expense of a lower payout.

Ultimately, the choice again revolves around your own comfort level and long-term goals. The flexibility of being a completely independent RIA means higher startup costs and additional operational duties, but with time, your brand will potentially be worth much more than it would have as a tuck-in. This is because your business as an independent RIA will garner a higher valuation than a book of business inside a larger firm. Conversely, the tuck-in RIA has more stability and less start-up costs, but you may have less control of your business and could be leaving money on the table with lower payouts and reduced enterprise value.

Your Own Personal Goals

When considering your options, it should be noted that the tuck-in method, despite its relative stability, could be limiting in other ways than those listed above. You may be unable to make investment and other key business decisions that contribute to your long-term growth. Additionally, tucking advisors into your own brand can be challenging, depending on the control exerted by the parent firm.

If you're ready to take the initial steps toward independence by leaving your wirehouse and forming your own practice, the most important decision is choosing the right partner that is aligned with your long-term goals.  The many options for independence occur along a spectrum with a multitude of different hand-tailored solutions to fit your personal needs. Choosing a partner who can educate you on the spectrum and deliver the appropriate solution can go a long way in ensuring your success.

Travis Johnson is Chief Financial Officer of TruClarity Management Solutions, a solution for financial advisor independence and life beyond the leap. Learn more at MyTruClarity.com.