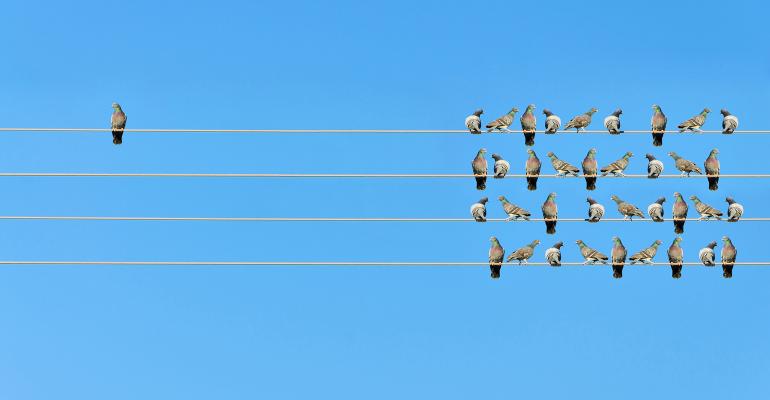 Independence Is Not Just for Young Advisors

As the industry landscape continues to evolve and traditional brokerage firms become more bureaucratic (especially in a post-DOL rule world), the idea of going independent has become a hot topic among advisors considering change. While many seasoned advisors entertain the thought of having greater freedom, flexibility and control over their business, many believe it’s too late for them to chase that dream.

Few advisors want to make their lives more challenging as they edge closer to retirement. Many seasoned advisors remain skeptical that they can make it work at their age, given the years they’ve spent at the wirehouses, where so much of the minutia is managed for you. Still, others fear that they’d be starting over in a world that in many ways seems unfamiliar.

So how does someone determine if he is “too old” to make independence work? It really comes down to a few key characteristics shared by those advisors who took the leap:

A few years ago I had the opportunity to work with a $3 million father-daughter wirehouse team that was looking to breakaway. He was in his early 70s; she was in her mid-30s. They decided that they had reached a point where they could better, and more creatively, serve their clients and grow the business by going independent.

Was his age a consideration? Of course. However, when taking into account the five criteria listed above, they were able to check each one off. While it was hard at first for him to eschew an outsized transition package from another major firm, in the end the take home economics, the long-term enterprise value and the equity they would build as an independent business were just too good to pass up.

After three years, the duo reports a newfound sense of commitment to the business, much happier clients and a surge in assets.

Not every older advisor is as forward-thinking as this one, but now options exist that allow advisors to get creative when outlining their future. Say an older advisor wanted to make the move, but needed more money in the short term to make up for the unvested deferred comp they would walk away from. There are lending facilities and investors that would make it possible to get some cash up front.

Sometimes Age Has Nothing to Do With It

Many advisors who at first wanted to go independent didn’t go in that direction. So, was it really age alone that stopped them?

Advisors who didn’t take the leap told us:

The reality is that while the word “independent” itself may sound exciting to some, it’s quite frightening to others. But getting to know the new independent landscape—with its variety of options—often alleviates some of the fear, leaving many advisors surprised by how much support and greater control actually exists. While change in and of itself is hard, many advisors take the leap each and every day to ultimately better serve their clients and their own careers.

In my experience, there is no truth to the statement, “I’m too old.” If the value you place on your ability to grow and serve your clients is greater than your concerns about age or time, independence can be yours.

The good news is that the independent advisory space has matured rapidly in our world, providing advisors with extremely attractive options no matter their age, amount of AUM, type of business, or entrepreneurial skill level.