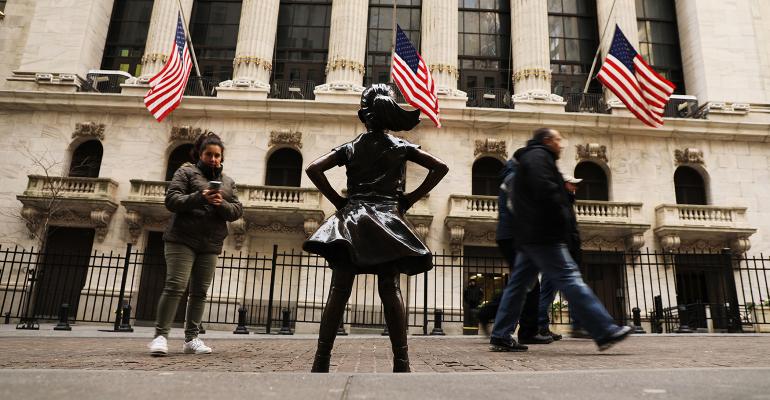 UBS and Bloomberg are pushing the success of 'Girls Take Wall Street' past Manhattan and into other major cities, such as Sao Paulo, Zurich and Johannesburg.

Bloomberg and UBS Group are recruiting teenage girls to learn about the financial services industry. But now they want to recruit girls worldwide. The two financial services companies will bring “Girls Take Wall Street,” a 2019 event that started in New York City, to other major cities across the globe.

The program aims to inspire more young women to enter the financial services sector in areas such as banking, finance and technology. UBS Group’s CEO Sergio P. Ermotti said he is delighted to expand the program this year considering he’s been working in the sector since he was an adolescent.

"As someone who started his career in financial services as an apprentice at age 15, I know first-hand how important encouragement is to making career choices,” Ermotti said.

In each city, UBS and Bloomberg will partner with local nonprofits to put on the full-day event. Girls ages 14 to 18 will participate in career and networking workshops. They’ll be able to attend panel discussions led by industry experts and hear motivational speeches from professionals who work in financial services.

As Wall Street exists only in the U.S., the event will take on the names of the financial district in each city, which is also where the event will be hosted. As an example, in October 2019, an event in Mumbai was named “Girls Take Dalal Street.”

“Businesses that want to attract tomorrow’s brightest talent must do more to make careers in their industry accessible to more diverse groups at an earlier age,” said Peter T. Grauer, the chairman of the board of Bloomberg LP.

The 12 places “Girls Take” will visit in 2020 are Zurich, Sydney, Sao Paulo, San Francisco, New York, Mumbai, London, Johannesburg, Jakarta, GIFT City (India), Frankfurt and Bangkok. The event will kick off in London in March and carry on throughout the rest of the year.