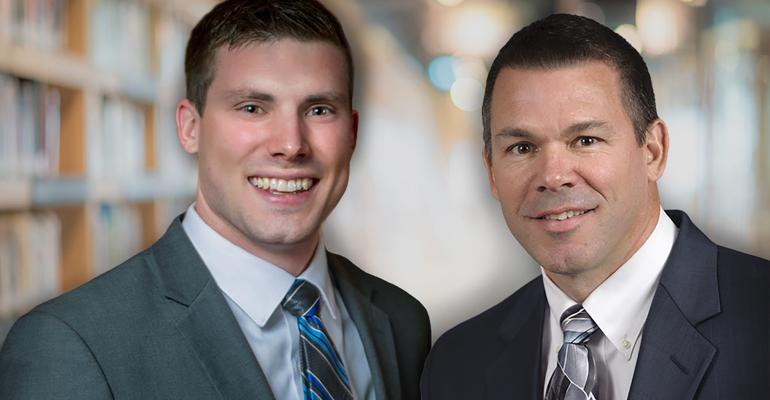 The IBD’s year-old training program has become, for some, a place to embed junior advisors with acquisition targets.

Last fall LPL Financial announced a new training program that matches existing advisors in the network with those just coming into the industry to provide both a career path to young advisors and a possible successor to those on the brink of retirement.

So far, about 50 associate advisors have either finished the Independent Advisor Institute program or are currently active in it.

To be sure, other IBDs and custodial platforms have similar programs. But at LPL, some mid-career advisors are using the program not to find a younger advisor to groom, but to hunt for acquisition targets. In fact, three firms that participated in the first class, which just recently concluded, are also participating in the second round to find older advisors looking to retire in the next couple years who may want to sell their books of business. These mid-career buyers will, in some cases, "embed" their own junior advisors with the seller in a partnership meant to ease the purchase of the business a few years down the road.

“We definitely think one of the most exciting parts of the program is creating this sort of sustainable, repeatable approach to growth by adding advisors or executing on growth opportunities through a junior advisor,” said Dimple Shah, executive vice president of corporate strategy. “Can I create a model here where I'm trying to grow either organically or through acquisition, and bring on a junior or newer advisor gives me the capacity to go integrate that book or those clients?’”

Tim Kelly, a 55-year-old partner at Discovery Financial, an office of supervisory jurisdiction with LPL with about $1 billion in client assets, was looking to acquire 83-year-old John Walsh’s book of business, also supervised under the OSJ. He brought his son, Cole Kelly, 26, through the training program, and placed him with Walsh in his Bloomington, Minn. office.

“That allowed us to start having a more serious conversation about acquiring his book of business,” Tim said. “And because that relationship did grow, and it was well received, that advisor decided that he would look at retiring, and now has entered into a five-year agreement with us as a transition plan.”

The experience prompted Kelly to build an entire model around the process, dubbed “the sell and stay plan.” They’ve formalized the business plan and offered the playbook to several other advisors—even some outside of LPL. Under the model, an advisor would sell the business and stay on for five to 10 years to help build client relationships with the new advisor from the acquiring firm.

“This program has given us another tool to use as a recruiting method, and it’s been very well received,” Tim added.

For firms that can’t afford to acquire outright, Shah said the training program is a low-cost way for advisors to add talent. In fact, LPL subsidizes the new advisors’ compensation for the first year, a combination of salary and payout on production.

The younger Cole said that took some of the pressure off of him, so he could focus on learning the financial advice business, without having to stress over where the next paycheck would come from.

Shah admits there is work to be done to improve the program. Specifically, it needs more structure for the managing advisors that young associates are paired with, who may not have a lot of time to provide sales training. These managing advisors could use more help in how to pass on those sales skills, which may have come naturally to them.

This isn't the firm's first crack at a training program, however. In April 2012, LPL launched a subsidiary, later renamed NestWise, targeting the mass and middle markets. The venture, headed by Esther Stearns, was supposed to be a training ground for younger advisors and career changers. The unit acquired Veritat, a registered investment advisory firm that used a proprietary online financial planning platform designed to support advisors who serve the mass market. But it failed to gain traction. The firm closed down the unit in August 2013, laying off Stearns and other NestWise employees.