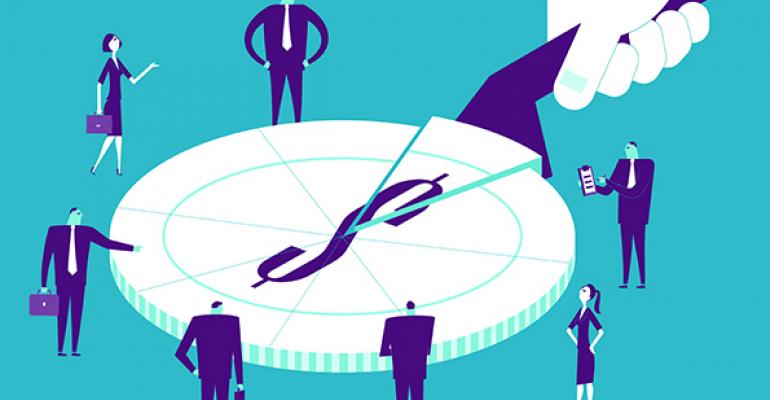 Do you learn to live with a compensation change or move on?

Every year, the wirehouses tweak their compensation grids. And from the end of last year through the beginning of this one, our telephones have been ringing off the proverbial hook with advisors that were extremely upset with their wirehouses’ announced compensation changes.

The changes causing advisor consternation range from a decrease in compensation or penalties for not making banking referrals, to a rising bar for minimum household size or a change in policy regarding support staff. Yet the message is always the same: “I am feeling a loss of control and I am unhappy about it.”

Just before year-end, Jess—a financial advisor at a major wirehouse—called to say that his firm was going to defer more of his compensation for 2015, costing him almost $400,000 in take-home pay. While he acknowledged that $400,000 was not a lot compared to his total comp and that his firm wasn’t taking the money away from him, he was still frustrated and wanted to explore options elsewhere. I let him vent his anger, and then reminded him further that since he had joined about nine years ago, he and his partners had grown their business almost threefold. They have a pipeline bursting at the seams, and they have otherwise been incredibly happy.

By the end of our call, I had talked him into staying put. The actual pain and frustration that he was feeling was fleeting, and on balance, the good far outweighed the bad. A move today would have been for the wrong reason, and it would most certainly have been a decision that Jess would have regretted in the end.

In actuality, the majority of folks in Jess’ position don’t wind up changing firms. Despite legitimate frustrations, most advisors choose the status quo after weighing the pros and cons of a potential move. A move can be disruptive to clients, so an advisor needs to be exceedingly sure that changing firms will move the needle enough for everyone concerned. If not, acceptance is usually the best answer, at least for the time being.

That said, we expect 2015 to be a year of more movement, especially for those at the top of the food chain. Wirehouse firms are particularly vulnerable to attrition as retention packages paid to their top talent expire, and they continue to do things to make advisors feel less like entrepreneurs and more like captive employees.

Even only a few weeks into the new year, we have already watched several teams with billions in assets under management leave one firm to join another. They decided that despite the hassle of making a move, the opportunity to grow faster, work more efficiently and gain more control outweighed the ease of doing nothing. For them, accepting the status quo was not an option because the good no longer outweighed the bad.

What makes one decide to stay or go? We counsel individuals on defining what makes their “best business life”—weighing the value of all aspects, including compensation, work environment, culture, and perhaps most importantly, these factors’ effect on clients, against what defines how you will live and work in the optimal way. That is where you will find your truth.