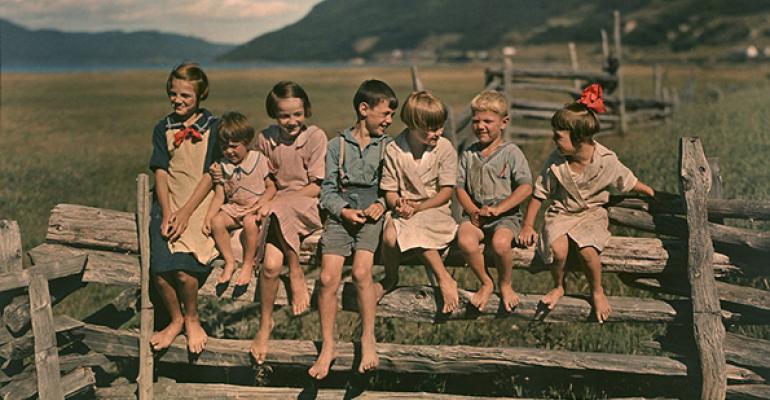 The Cobbler’s Kids Have No Shoes

Money may be counted and measured in round numbers, but it is actually an emotionally charged subject for kids&nbsp;and&nbsp;adults.

I recently read a great new book about kids and money, The Opposite of Spoiled, by Ron Lieber, money columnist for The New York Times.

I actually had the privilege of hearing Ron speak last week before a standing-room-only crowd at my daughter’s private high school in Marin County.

After hearing his presentation, I realized I had miserably failed my two daughters on the topic of money. Considering I have 27 years of experience as a financial advisor, I should have done better than most.

In talking to my friends, it turns out I am not alone.

Money may be counted and measured in round numbers, but it is actually an emotionally charged subject for kids and adults.

Whenever anyone gets in a family discussion about money, they tend to feel uncomfortable, if not inadequate.  That’s because social convention dictates that we play it safe. Better not talk too much about money.  And, if you’ve managed to accumulate wealth, there’s the great fear money could ruin your kids if they know about it.

However, our reluctance to talk about money is a truly great disservice to our children.

The good news is that Ron’s book lays out a game plan that can help all of us.

Ron starts with the premise everyone can agree on: No one wants to raise a spoiled child. The issue is how to prevent that from happening.

First, actively engage kids in the conversation about money. They are all-to-willing to learn. Money remains one of the great mysteries of adolescence, but they are all ears if you can talk about it.

I encountered that eagerness to learn in the Sunday school class I teach. When the topic of money came up, one young woman said, “I can cook, make my bed and do lots of other things, but money terrifies me. I need to know more.”

Even at the most expensive private schools, there’s not a lot of good education about money.

Second, don’t charge into the subject like a financial advisor. We’re all trained to be data-driven and focus on benchmarks. Research shows, however, you won’t get far with that approach, counterintuitive though it may be.  Best to approach the subject from an emotional point-of-view because that’s the way most people experience money.

The evidence seems to support that approach.  Ron referenced a stat in his book and presentation that said you’ll be 20% to 30% happier and your kids will be 20% to 30% if you remind yourself about what you are grateful for and how you have used your money to help others.

The Virtue of Virtues

In analyzing the emotional aspects of money, Ron makes a very interesting observation: If you look up the opposite of “spoiled” in the dictionary, there really isn’t one.  The closest antonym is “fresh.”

Ron’s genius is that he’s come up with a handful of virtues that are the opposite of “spoiled.” These are the attitudes you want your kids to internalize because they produce adults of outstanding character.

All of these ideas are meritorious on their own, but I want to focus on one that tends to make us the happiest – graciousness.

Ron has a number of effective ideas to move the conversation to graciousness.  For example, instead of the usual dinner question – “How was school today?” – ask this one: “What was the best thing that happened to you today?”

The key takeaway from the book is that the most successful game plan may not be what you’d initially expect.  If you approach the topic cleverly, as Ron suggests, money won’t remain a taboo subject. In fact, openness can draw your family closer.

As I reflected on Ron’s thoughts and embraced my failure as a financial advisor parent, I was reminded of the old saw, “The cobbler’s kids have no shoes.” What I hope is that by following Ron’s game plan, I will at least be able to provide my kids with some flip-flops!

Jeff Spears is Founder and CEO of Sanctuary Wealth Services, a business accelerator for independent advisors and author of the blog, Wealth Consigliere. Follow Jeff on Twitter and Facebook.