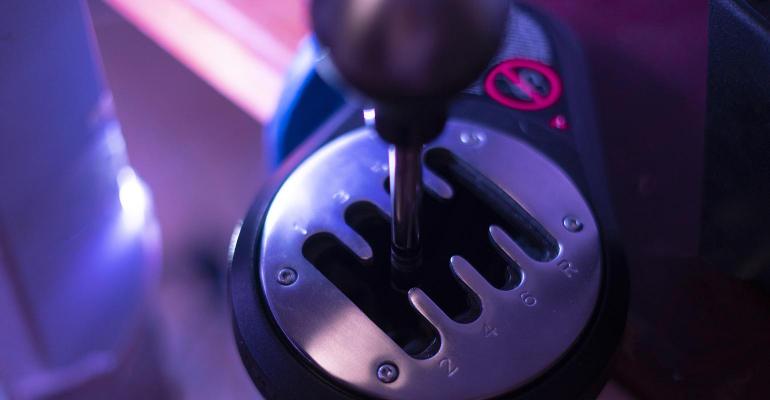 Lured by everything from the potential for more assets to a passionate interest, for some advisors, sticking with the same one or two areas isn’t enough.

Thomas Seiler started thinking about switching niches back in 2003. For many years, Seiler, who heads Newtown, Pa.–based The Seiler Group of Raymond James, focused on business owners and CEOs. Then, during a chat with a college football coach, he learned that many of the man’s former charges had joined the NFL—only to go broke in just a few years.

That conversation got Seiler thinking and, 10 years ago, led him to develop a completely different focus: young athletes who were about to go pro. That meant everything from running educational workshops for athletes still in school to forming departments targeting each major sport. “I really doubled down on this niche,” he said.

Now, about one-third of his business—which has $1.2 billion in assets—is from professional athletes, and he expects that eventually to be closer to 100%, as his clients start signing their second and third, typically more lucrative, contracts.

By specializing, advisors stand out in the market and tend to attract more affluent clients. Compared with top advisors who don’t target a niche, for example, those who do have clients with an average of 25% more investable assets and produce 20% higher planning fees, according to Kitces.com.

But for some advisors, sticking with the same one or two areas isn’t enough. These folks decide to add more to the mix or replace the old niches entirely. Sometimes, they’re motivated by the allure of a potentially even more lucrative specialty. At others, they develop a driving interest in a particular group or recognize that a new niche dovetails nicely with an old one. “Advisors find they’re very passionate about working with a specific set of people or realize a certain area complements what they already are doing,” said Ashley Folkes, director of marketing and growth strategies at Bridgeworth Wealth Management in Birmingham, Ala.

Scott Eichler, founder of Standing Oak Advisors in Fullerton, Calif., is among the contingent who decided to shift gears because he found his new target more compelling. Specifically, about three years ago, when he was still with Newport Wealth Advisors, an RIA he’d joined in 2010, he started investigating shifting focus from retirees to small-business owners. Growing up in a family of small-business owners, Eichler said he naturally gravitated to that audience. In addition, he felt that the retirement space was getting too crowded. “Everybody was clamoring to work with retirees,” he said. In December 2020, when he left his old firm to start Standing Oak, Eichler went all in on business owners, with an emphasis on exit planning.

As with any niche, whether the first or the 10th, advisors can’t assume their initial target will pan out or won’t require further refinement. Around the time Eichler started looking into small-business owners, for example, he also considered executives at public companies. Many of their needs, like deferring taxes and protecting their assets, were similar, he figured. But he quickly realized he didn’t like working with executives. “I struggled with their personalities,” he said. “They’re very used to yes men, whereas business owners are more problem solvers.”

Similarly, about five years ago, Brett Fellows, founder and president of Oak Capital Advisors in Charleston, S.C., realized he was tiring of his longtime target of women going through a divorce. “It didn’t spark joy for me,” he said. “Somebody in a divorce—it’s a very low point for them.” His first move was to target business owners. But that didn’t seem to be getting anywhere. He knew, however, he liked working with women, whom he thinks are better planners than men. Eventually, he narrowed his market to exit planning for women business owners. Then he refined that even more, to companies with $10 million or less in revenues and one to five employees. Also, because the majority of most business owners’ net worth is tied up in their businesses, he changed his pricing model, from an AUM charge to a monthly fee.

It’s a rare niche switcher who doesn’t keep working with their old clients. And if they’re adding to, rather than replacing, a particular market, they keep looking for new prospects in that area. But those advisors who want to supplant their old niches with new ones typically don’t do much, or any, prospecting in their previous areas of specialization. And they may even encourage intermingling among clients belonging to old and new niches. Seiler, for example, devotes all of his marketing efforts to young athletes. And about 10 years ago, he formed a six-client board of advisors, composed of business professionals and current or former professional athletes. Frequently, business-savvy board members offer advice and even internships to young athletes mulling over plans for their post-pro-sports lives.

As for the matter of staffing, changing or adding niches doesn’t always require adding new advisors, employees or other resources to the firm. But often it does. When Seiler examined what was needed to serve his new market, he decided it meant going above and beyond the usual level of service. These young people, suddenly handed significant wealth, required a unique type of hand-holding, he realized.

With that in mind, around the time he started ramping up his young athletes niche, he beefed up his staff with four four-person teams, each focused on a different major league sport. In addition to investment advice, they offer everything from financial planning to budgeting. “Our clients need 24/7 service, someone who can help if they’re, say, in London at an ATM and their card gets stuck in the machine,” he said.

In some cases, getting access to the necessary resources can require even more drastic steps. Consider Rick Tasker, who took the tack of finding niches complementary to his original market. Specifically, that meant keeping his longtime specialty in pension consulting to participant-directed defined-contribution retirement plans and adding nonqualified retirement, municipal and cash balance plans.

To that end, late last year he merged his firm, Epoch Consulting Group (about $900 million in assets), with Robertson Stephens Wealth Management (over $3.6 billion in assets). He took this step largely to get access to better technology, a dedicated investment department and more compliance personnel, as well as Robertson’s clients.

Especially for advisors targeting a new niche, learning the ins and outs of an unfamiliar area takes time. That’s particularly true for complex areas that involve unexpected nuances. Seiler, for example, didn’t immediately understand the level of help his young, inexperienced clients required. “The first three or four athletes were a steep learning curve,” he said.