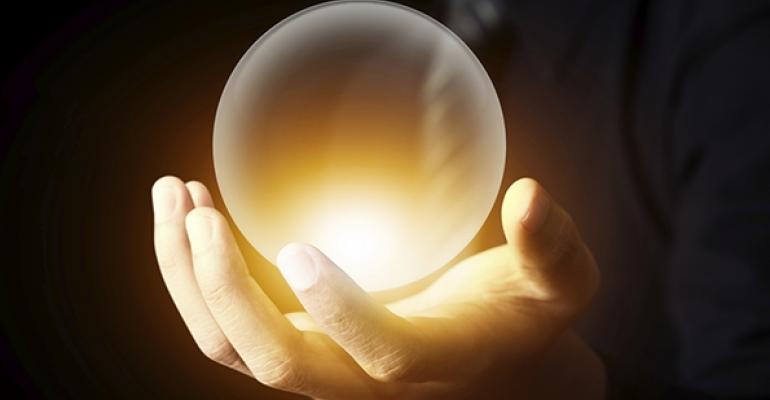 Here's how mastering the 'seer-sucker theory' and other valuable insights can help transform a business blueprint into reality.

The pace of change in the financial services industry is accelerating. Everybody tells us so. Usually this message is accompanied by an urgent prescription for how to deal with this change.

But these prescriptions can create anxiety and each one requires careful consideration. Choosing among them is stressful. While intended to be helpful, collectively they can create uncertainty about the future and questions around which path is best.

My advice is simply to chill out. The book Overcoming Indecisiveness: The Eight Stages of Effective Decision Making, by psychiatrist Theodore Isaac Rubin, has a chapter called “The Big Fact.” Less than a page long and buried deep inside the book, it contains a profound truth: Most decisions don’t have a right or wrong answer.

I found this liberating. Instead of struggling to “get it right,” this truth allows us to focus on what happens after we make a decision.

The core of The Big Fact is simple. Success is usually not determined by which choice we make, but rather by what we do after we make the decision. If we commit ourselves wholeheartedly to a path, whatever that path may be, we are more likely to be successful.

This is good news. It means we have far more control over our destiny than we may have imagined. We are not corks bobbing on an ocean of uncertainty. We have great influence over the direction in which our ship sails into the future.

All Crystal Balls Are Cloudy

Are you feeling a little more relaxed about the future now? Well, here’s something else that should help. All those people who are offering their prescriptions about what you should do to prepare for the future have no more insight about how it will look than you do.

Wharton Professor Philip Tetlock wrote a book called Expert Political Judgment: How Good Is It? How Can We Know? In it he presented his research on the reliability of expert predictions. The experts didn’t fare well. Tetlock studied predictions of experts across many industries and found their predictions to be no better than those of “dart-throwing chimpanzees.”

Nate Silver also explored this topic in his 2012 book The Signal and the Noise: Why So Many Predictions Fail—but Some Don't. The experts didn’t fare any better under his scrutiny. His conclusion: “We love to predict things—and we aren’t very good at it.”

Experts don’t have very good track records no matter whose research you examine. Another Wharton Professor, J. Scott Armstrong, developed the “seer-sucker theory.” He surveyed many studies documenting the poor performance of prognosticators and concluded this: “No matter how much evidence exists that seers do not exist, suckers will pay for the existence of seers.”

The Problem With Predictions

The problem is not that experts aren’t intelligent people, although some clearly are not. The problem is that the future cannot be discerned by projecting trends we see today forward in a logical way. The future will be shaped by unforeseen events, new technologies, changing preferences and a host of other factors that have not yet been revealed.

Another problem with experts in our industry is that almost every one of them has something to sell or an interest to protect. This doesn’t mean they would intentionally mislead us. But it does mean that almost all of them are heavy with biases they may not even recognize.

Still another problem is that there is not just one future. There are many futures. Each of us will experience the future differently, just as each of you reading this article is experiencing a different reality at this moment. Pundits may see a future that eventually unfolds for them. It just may not be the reality that unfolds for those of us listening to them.

A good example is Mark Hurley. In 1999 he authored a report that famously and wrongly predicted massive consolidation in the financial advisory industry. Twenty years later the industry is still very fragmented. Although there has been some consolidation, I would argue that the industry is even more diverse today than it was when Hurley published his report.

Yet for some, including Hurley himself, his predictions were on target. Elliot Weissbluth, the founder of HighTower, and Rudy Adolf, the founder of Focus Financial, built their businesses around consolidation. They have spent years bringing advisory firms under their respective umbrellas.

Hurley, too, founded Fiduciary Network, a firm designed to consolidate advisory firms. In a way, Hurley predicted his own future, as well as the future of Weissbluth and Adolf. But he missed by a mile for most of us.

This we know. Some experts have the intellectual wingspan of a parakeet, while others soar like condors. Some are driven by hearts as big as the moon, while others are powered by egos that could fill a blimp hangar. Some truly desire to help, while others seek to manipulate. No matter what their motivations or capabilities, none can see the future. At least not our future.

Why Do We Listen to Them?

Nate Silver says we listen to experts because we have a deep dread of uncertainty. Our brains naturally attempt to bring order to the chaos we experience in everyday life. It’s a behavioral characteristic that Berkeley Professor Shachar Kariv refers to as “ambiguity aversion.”

Trying to create order about the future is in our nature. Jeff Hawkins, in his book, On Intelligence, says: “Prediction is not just one thing our brain does. It is the primary function of the neo-cortex and the foundation of intelligence.” It’s part of our survival mechanism.

Expert predictions may instill in us a certain level of anxiety, but we find that preferable to the absolute terror we might experience staring into the abyss of a totally unknown future. We look to experts to calm our fears and gain a sense of control, even though it is unjustified.

It leaves us with the luxury of determining the future we want and figuring out how to create it on our own terms. Rather than slavishly aping somebody else’s formula for success, we define it for ourselves. But this wonderful luxury comes with some burdens.

We must look inside ourselves and ask hard questions about what we want our futures to look like. We must respect the answers and not be swayed by pictures that others paint for us of how we should behave or what our goals should be.

I recently listened to a Sara Grillo podcast featuring Ric Edelman. He described in passionate detail his firm, which has hundreds of advisors, each of which is supported by an average of three staff members. To him, this is the office of the future.

James Osborne is a successful advisor in my hometown of Lakewood, Colo. He was an early adopter of flat fees and has a waiting list of clients eager for his services. For years he resisted the pressure to hire staff so he could take on more clients. Having time to ride his mountain bike was more important. Edelman’s ideal world is Osbourne’s worst nightmare.

Use your imaginations. Ponder what you want your future to be. Steal as many insights and ideas from the experts as you desire and weave them into your tapestry, if they have a place.

Once you’ve come up with your own blueprint for the future, bring in all the experts you need to help you make it a reality. But don’t let them tell you what your world should look like or how the future will unfold for you. They simply don’t know. The future is yours to create.

Scott MacKillop is CEO of First Ascent Asset Management, a Denver-based TAMP that provides investment management services to financial advisors and their clients. He is an ambassador for the Institute for the Fiduciary Standard and a 40-plus-year veteran of the financial services industry. He spent the first 15 years of his career practicing securities and ERISA law in Washington, D.C., and started his career as an intern at the SEC. He can be reached at [email protected]