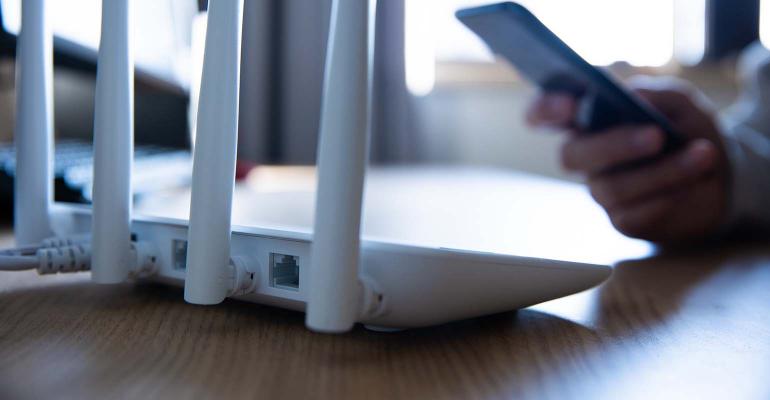 Understanding the Power of a COO

It goes well beyond being able to reboot the router.

Regular listeners to our COO Roundtable podcast have heard me make the claim many times that the average RIA owner drastically discounts the value of a chief operating officer because, in their minds, the COO is someone who simply reboots the router when the internet goes down in the office—nothing more. But an RIA owner who is merely in need of a router rebooter is really thinking of an operations specialist, not a chief operating officer. Technology, however, is only one aspect of a COO’s job. As part of our digital training ground for RIA operations professionals, we have broken a COO’s role into three core responsibilities: business administration, leading human resources and managing the firm’s tech stack.

In Episode 42 of The COO Roundtable, Kristie Clayton, who runs her firm through the Entrepreneurial Operating System made famous in Gino Wickman’s book Traction, said this about her role as chief operating officer: “I think the benefit that COOs can really bring to the table is to be that liaison between the visionary, the leadership team and the rest of the organization, because sometimes it’s really hard to filter the firm’s vision down through the team. Team members can easily get whiplashed if they don’t see all the puzzle pieces … it can be extremely overwhelming for someone who can’t see the full vision.” Kristie continued, “The real power of the COO role is to be able to say, ‘Let’s take the CEO’s big vision and break it down into chunks that people can understand. Then, let’s make processes and procedures, and let’s put things in place so that we can help the team see the vision, and also help execute in getting it all done.’”

You’ll notice that rebooting the router is nowhere on Kristie’s to-do list. In speaking of her close relationship with the CEO, Kristie said, “Visionaries are known to have 10, 15, or even 20 ideas a week. My role as COO is to ask, ‘Does that particular vision fit into the big picture right now?  Are we playing with a vision right and just testing out what you like and don’t like, or are we actually going to take action on this?’”

The difference between a chief operations officer and a chief operating officer, according to Kristie, is that the former is simply asking, ‘Can the operations team make this happen right now?’ while the latter is asking, ‘Can the overall firm make this happen right now?’ Kristie considers physical and financial resources, capacity and talent across the board: sales, marketing and the advisory team—she believes it’s important to know if everyone is equipped for whatever new and exciting challenge is presented. “As a chief operating officer, I’m really seeing the big picture and trying to navigate through the entire firm, not just operations in that one single siloed section,” she said.

When I asked Melissa Bushman about her role at AltruVista, she started with a confession, “I have to say, I actually don’t know how to reboot our firm’s router!” We thought this was too funny, considering this is supposed to be the singular task expected of a COO by RIA owners! “I come from a management consulting background,” she continued, “and what I bring to the firm is an ability to see what we’re trying to create and figure out what needs to happen in order to accomplish our goals. I think, ‘What processes do we need, what structure do we need, what people do we need, and what resources do we need to make this happen?’”

“It is a much more strategic view,” Melissa said, “but then I am able to jump into each of the nitty-gritty areas and thought partner with our leaders or thought partner with our vendors to figure out what actually needs to be done, the ‘how’ of it, and all the nitty-gritty pieces behind it. I can straddle between strategic and tactical and figure out what we need in place, and a lot of my job is asking the right questions of the team.” Melissa concluded her thought by saying, “I think when you bring in a COO, and if you empower and enable that person the right way, you really are getting a strategic leader who can empower the CEO from a strategic perspective but also make sure all the tactical things get done.”

PFI Advisors is frequently contacted by RIA owners that say, “I don’t know what to do—I’m being pulled into the operations of the business far too often and I’m not spending enough time picking up the phone and speaking with clients.” When we suggest they hire a COO, they immediately say, “No, no, I have an IT person”—they simply aren’t understanding the power of the COO. As Kristie described in our conversation, “The gift COOs bring is the ability to free the visionary or the CEO—we free them of being the tactical person. Give your COO all the things they need to know about [and] where you want to go, and then they can release you to go on to your next big idea.” Kristie said, “The visionaries that I have experience with do really amazing things. They are constantly connecting with people and coming up with big ideas, and then they’re turning all of those things that they don’t like to do over to us because those are the things we love to do! It’s a beautiful relationship when it works really well.”

In order for that relationship to work well, RIA owners need to stop locking their COOs in the IT closet and understand the true power COOs can bring to their organization.

Matt Sonnen is founder and CEO of PFI Advisors, as well as the creator of the digital consulting platform The COO Society, which educates RIA owners and operations professionals on how to build more impactful and profitable enterprises. He is also the host of the COO Roundtable podcast. Follow him on Twitter at @mattsonnen_pfi