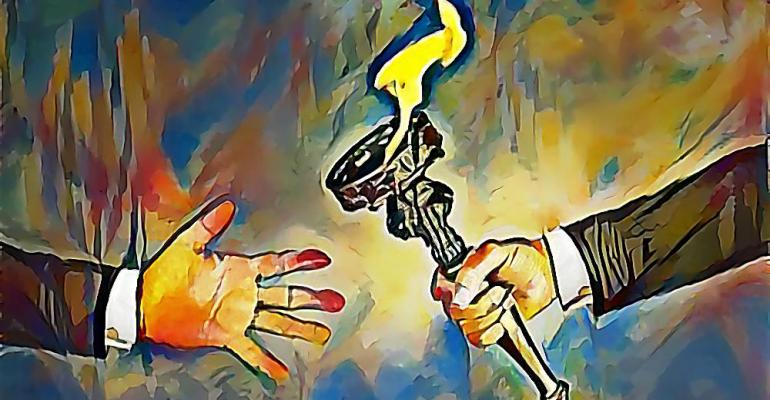 Succession Planning: You Owe it to Your Employees

“I have a great team and some very capable employees, but none of them can run my business.”

This is an all too common refrain in our industry. Most advisors have great client service people and administrators but not necessarily folks who can run their business on their behalf. Being an entrepreneur and thinking like one does not come naturally to most people. But having employees who are specialists and very talented at what they do, is extremely valuable for a client-facing business. And founders/owners do not always actively think about the continuity plan for their employees. Below is one such real life example from an advisor I’ll call Nick.*

Nick started in the business at age 30. He was an accountant by training and realized he did not want to be an accountant for the rest of his life. He enjoyed helping his clients plan for their lives and their financial wellbeing, so he started a small RIA with $10 million in assets from some close family and friends. Over time, his client service skills and personality got him a lot of clients through referrals, and his business gradually grew to $700 million in assets. As his business grew, he had to hire people who could advise his clients and take care of the operational, compliance and administrative aspects of his business. He built a strong team. Even his wife worked part-time at the office helping out with operations and compliance. By the time, Nick was 55, he had a good life—his business was a well-oiled machine, his clients were happy and his employees were very happy.

That is until his wife met with an accident and passed away. He was suddenly left with no motivation to run the business and began to distance himself from it. The office reminded him of her, and he started spending very little time there. And the effects of that neglect started to show. He lost some larger clients, who had been with the firm for 20 years and were fine with being serviced by an advisor but still wanted the facetime with Nick. He had not communicated anything about stepping away to them either.

His staff members began to doubt the certainty of their futures and two of his key junior advisors left to join another RIA down the street. This was the wake-up call that Nick needed. He met those two advisors to understand why they left so suddenly and they explained to him that they felt like there was no career track for them. He had been their mentor and they had been a team, but the team had suddenly disintegrated and they felt left to fend for themselves with no support. They did not take any clients, but he realized that he had stepped away from the business too soon, without planning for its continuity. He had made enough money, and the value of the business was not critical for him, but he was not doing right by his clients or employees.

He decided to act quickly to put together a robust plan for his business. Serendipitously, he ended up rekindling his friendship with the founder of a large RIA managing $2 billion in assets on the other side of the state, and he realized that the other firm would be a great fit for his employees. The other firm had a similar culture, they cared about their employees and clients, and they had been looking for an office in his part of the state for a couple of years. He reached out to the founder, Harry and after some due diligence, introduced his employees to Harry and some of Harry’s key employees. His staff members were energized by the interactions and Nick decided to merge his firm with the larger firm.

And the plan worked as well as it could have. The two advisors who had quit came back to rejoin the combined firm and the larger firm began implementing a communication plan for transitioning all of Nick’s relationships to the junior advisors. Two years after the deal, Nick is now fully retired but more importantly, his employees have all stayed, and he suffered no more client losses. In fact some of his clients have ended up with a larger wallet share managed by the combined firm. One of his junior advisors also stepped up to the occasion and ended up getting promoted to be the advisor lead for the region. For the large firm, it was no-brainer. They got some great talent and a presence in the geography they wanted.

It ultimately worked out for Nick, but he knew he should have made alternate plans much sooner.

What can we all learn from Nick’s experience?

*All names and locations have been changed to protect privacy

Anita Venkiteswaran is a Vice President at Focus Financial Partners where she is responsible for business development and acquisition activities.