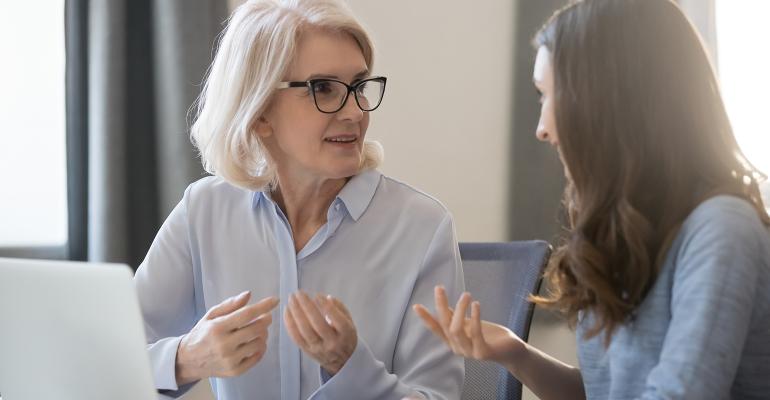 It's never too early to start planning.

The succession of your business is going to happen. Will it be orderly? Will it be positive for everyone involved? It’s never too early to start planning. Whether you’re the junior advisor, the senior or somewhere in between, pause for a moment and think about the current state of succession in your practice. How are you positioned?

It might help to look at a couple of examples, starting with one that didn’t go very well:

Steve built a successful financial advisory practice over a 40-year career. His growth came early from public seminars and late from generating referrals, but in recent years he’s seen a decline. Instead of phasing into retirement or selling his practice, he’s working harder than ever.

Steve was late to the game with succession planning. He’s hired three junior advisors in the past five years, all relatively inexperienced. In planning for his own retirement, he’s been divvying up clients among his junior advisors with little success. While there have been few defections, there have been even fewer referrals, and the assets are starting to dwindle.

A number of factors are contributing to this decline. The newer advisors have struggled to develop personal relationships with the clients. Understandably, this takes time. The referrals have slowed because clients see that Steve is nearing retirement. Compounding it all is the fact that as the client base has aged, there are more assets going out every month than coming in.

Now let’s look at a better example; one that might serve as inspiration for doing succession planning the right way.

Susan has always been one to work on the business, not just in the business. Her succession planning started well before visions of retirement. She needed help in servicing a growing client base, so she brought on a junior advisor (Julie) to pitch in. Julie was a perfect complement, both in age (15 years younger) and expertise (having come from an insurance background).

When Susan decided to start phasing into retirement, the practice continued to thrive. They had planned well in advance how team roles would change and communicated this vision with clients. They had also planned for Julie to bring on a junior advisor of her own, keeping the practice relevant for years to come.

There are so many examples, good and bad, that speak to the need for proper planning. The point of the succession plan is to map out a seamless transition from one generation to the next. It’s difficult because it involves various challenging components. After all, it isn’t just the job title that transitions, it’s the ownership of the business, management of the employees and relationships with key clients:

When done properly, everyone wins. Clients benefit from a multigenerational advisory practice and not having to change advisors later in life. Senior advisors benefit through delegation, being able to focus on high-passion tasks and being able to sell the practice in an organized fashion. Junior advisors get an apprenticeship, maybe some smaller clients and the chance to work themselves into a fantastic career. It’s hard work, but well worth the effort.

Stephen Boswell and Kevin Nichols are partners with The Oechsli Institute, a firm that specializes in research and training for the financial services industry. @StephenBoswell @KevinANichols www.oechsli.com