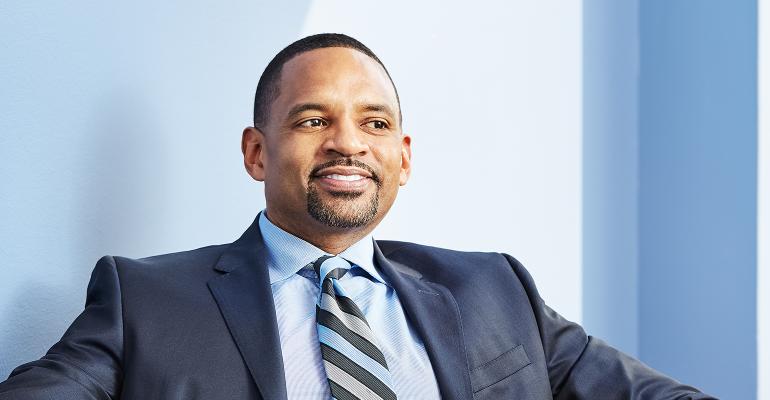 It’s admittedly a tough slog finding clients in rural areas. Our panel of experts has tips for how banks can better compensate and recruit young advisors.

Gene Todd, managing director of First Bank Wealth Management Group in St. Louis, wants a better way to recruit and retain advisors for the division’s brokerage side. That’s especially tricky, he says, because many branches are in rural areas where it’s a tough slog finding clients.

The brokerage side, which targets clients with less than $1 million in investable assets, has $500 million in AUM and 14 advisors in all. (There also is a wealth management division for high net worth clients). That headcount is down three people from a few years ago.

To make the bank an attractive place to work, according to Todd, they offer advisors a payout of 45 percent. And, they encourage other departments, like mortgages, to refer clients to the brokerage side. Such employees don’t get financial incentives but, “We shine a spotlight on those who make referrals,” says Todd. Plus, while advisors don’t get a salary, there is a forgivable draw for new hires lasting four months to a year.

The ideal is to recruit someone with three to five years of experience, who is still very “coachable.” While there’s no formal training program, recruits spend time with more-experienced advisors in the beginning. For example, they hold a preliminary pow wow before the newbie meets with a prospect to discuss a game plan. Afterwards, there’s a debriefing.

About six months ago, Todd also introduced a junior advisor program for career changers and recent college graduates. Senior FAs would work for two or so years with the juniors who would be paid a salary, and start out by helping with administrative work and other suitable tasks for beginners. But it’s still a work in progress. If people are going to work in rural markets, you’re asking them to take a risk: Clients might be harder to get because they’re fewer and farther between. Yet, the compensation the bank offers is variable. The firm could take away some of that risk by paying a salary. It doesn’t have to be large, but a living wage to cover the basics. Or there could be additional perks, like paying for country club membership or even contributing to 529 plans for advisors’ children.

Also, there might be more opportunities to meet and build a rapport with other advisors, as well as learn from each other. Perhaps have quarterly in-person meetings and virtual ones in between. Then they’ll feel comfortable picking up the phone and talking to each other, replicating what they could do if they were in the same location. They’ll feel part of a network of other advisors and have opportunities to tap the intellectual capital of people in the various offices. Many advisors move to banks because they’re looking for somebody else to do the business development work for them. They expect to get referrals from the retail bank. So I think that a 45 percent payout, in the absence of other support, is not necessarily that attractive.

More important, I don’t think this model matches up with where we see most firms going today, and that’s very important for recruiting younger people. The fastest-growing practice model is team-based. And, advisors just coming into the industry want to join teams. Plus, if we look at which local regional banks are gaining market share as asset managers, it’s those that have moved toward fees. So, I would think about recruiting into teams where advisors don’t just get help for a few years. Also, even teams with much smaller account sizes are adopting a fee-based model.

It all means that they might need to go beyond just tweaking their recruiting model, instead, eliminating the two divisions and turning them into one. The firm needs to work on its value proposition for advisors. For example, it can provide more support, meaning anything from financial help so people can participate in civic organizations to grow their businesses to advertising assistance. Also, there’s the matter of offering a better quality of life and flexibility. For millennials, it’s very important to have work-life balance. Another crucial matter is career pathing. If advisors know what the next step is, they’re more likely to work hard to achieve their goals and stay with the firm than if they don’t have such information.

Also, I suggest doing employee surveys. Ask questions like, “Why did you join our bank,” “What are we doing well” and “Where do we need to improve?” And conduct exit surveys of those who are leaving to find out why they’re going. They’ll provide valuable feedback.