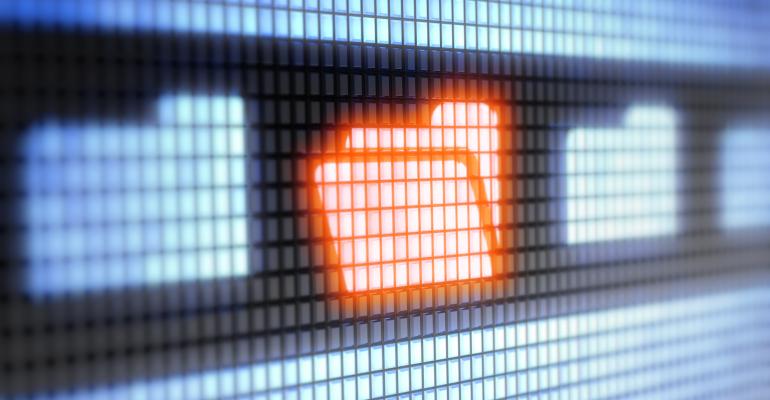 Phases 1 and 2: Crossing the Digital Divide

Taking the first steps toward a digital office - Digitize and Organize.

This is the first installment in “The Path to a Billion Dollar Firm,” a three-part series exploring the five phases of Laserfiche’s Digital Transformation Model. In this article, we talk with Michael Fox, an independent advisor and president of Cinnaminson, N.J.-based advisory firm Financial Planning Works, about the circumstances that led him to embrace digitizing and organizing his firm’s documents.

Water and paper are a bad combination. When you add lots of water to decades’ worth of accumulated—and important—paper, the results can be devastating. That was the case for financial advisor Michael Fox, who runs Financial Planning Works out of his New Jersey home office. Fox returned from vacation several years ago to seven inches of standing water in his office. “I had taken my grandchildren to Disney World and we had a wonderful time; everything was great,” he says. “Until I got home.”

A water line to his refrigerator failed, pouring a steady stream of water onto the kitchen floor. The water found its way through the floor and under baseboards, into the walls and through the ceiling of his downstairs office. Water pooled on the office floor, nearly submerging the bottom drawers of his 14 file cabinets. Bankers boxes filled with documents on top of the filing cabinets were soaked by water dripping from above. “I also had bankers boxes stacked on the floor,” says Fox. “When the bottom boxes got wet, the top boxes did swan dives into the water.”

It took a crew of three workers three days to collect all the damp and moldy documents into black trash bags and pile them in Fox’s garage. Then it was up to Fox to deal with the mountain of soggy paper. The process of sorting through and keeping only critical documents took two months. Fox spent $6,000 to have the damaged documents freeze dried, and then another $17,000 to have 75 boxes of wrinkled documents professionally copied. “Then came the process of putting Humpty Dumpty back together again,” says Fox. “I considered going back to hanging file folders and paper documents, but two words rang in my ears: never again.”

At an industry conference, Fox learned about Laserfiche’s  workflow management and digital document platforms and immediately embraced the idea of digitizing his practice. Doing so, he reasoned, would protect against flooding, fire and other unexpected events by putting his documents in a recoverable format. He started working with Laserfiche to develop a plan for his office.

Like many advisors taking their first steps toward a digital office, Fox had a lot of questions. “I need to start from scratch and figure out how to do this,” he says. “It was great to have a local Laserfiche solutions provider help us map out a strategy.” The first phase of Laserfiche’s Digital Transformation Model involves scanning paper files into digital documents. Fox had to get comfortable with the scanning process, from choosing the right hardware to figuring out an efficient system to scan hard copies. Laserfiche offered plenty of guidance during this stage, says Fox.

As he quickly became more comfortable scanning hard copies into digital documents, Fox realized that digitizing files offered more than protection against floods or fires. The digitization process also introduced efficiencies into his day-to-day work, which is Phase 2 of the Digital Transformation Model. While converting documents, Fox began building strategies to organize his content. One change he made was making sure that every document is linked by the client name. That way, Fox could quickly search for the client’s last name and pull up all documents related to that client, from trade confirmations to correspondence.

As he moved through Phase 2, Fox continued to learn more about the features of the Laserfiche platform that would further reduce unnecessary work. For instance, Fox previously struggled with making sure correspondence with clients was properly maintained for compliance purposes. “I’d manually print a client email, sign it and make copies to put into my folders,” he says. “It was very inefficient. I asked Laserfiche if there was a better way, because this way was giving me a headache.”

Fox’s local Laserfiche solutions provider explained that he could sign documents with an electronic signature. That way, the letter could be created, signed, sent to the client and stored digitally—without ever having to be printed. “It solved my problem and it changed the way I worked,” says Fox. “There are all sorts of economies in Laserfiche that I never knew were possible. Now, when I run into problems, I know all I have to do is ask how I can solve it.”