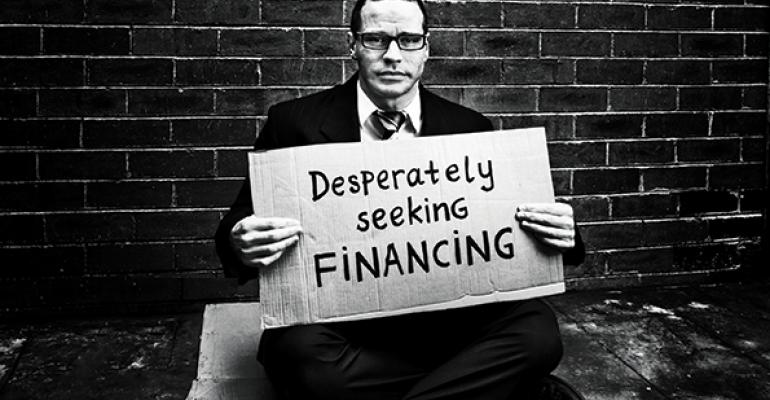 Lending to Advisors Is Often a Gut Decision

Many advisors look to grow by buying a practice. But securing financing can be tough for the average advisor. For lenders, the decision is often subjective, said Steve Smits, general manager of Live Oak Bank, during the Financial Services Institute’s Financial Advisor Summit in Washington, D.C. The difference between a ‘yes’ or ‘no’ depends on how an advisor communicates his or her plan, vision and process, Smits said.

But just because a lender approves financing for an acquisition doesn’t mean they think it’s a good, clean deal, Smits added. His firm bases financing and rates on the risk involved in the acquisition.

He also doesn’t care about a firm’s multiples of revenues or profits, which is a common valuation method. Rather, he takes a hard look at EBITDA (earnings before interest, taxation, depreciation and amortization), cash flow and revenue to come up with a valuation metric.

Paul Lally, president and co-founder of Gladstone Associates, said the structure of the advisor's business entity can be key. With an LLC (limited liability company), an advisor can sell the assets and be taxed on it. The firm could also be structured as a sole proprietorship, where there is no stock to transition. But with a C corporation, the advisor may be double taxed, and it would behoove them to sell their stock in the business rather than the assets.

And if an advisor is dependent on third party financing, a C corporation could be problematic because of contingent liability, Smits said. In a stock purchase, the advisor acquires all the liabilities, a scary scenario for lenders.

Also, he said, it’s a misnomer that you must put one-third down, paying another third through an earnout, and the last third with a promissory note. A lot of sellers these days will demand less money up front in return for a greater share in the future business.