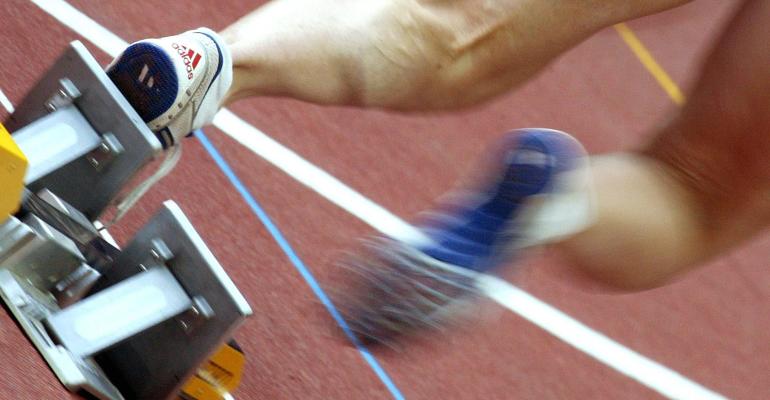 How to Prepare for a Q4 Sprint

Tips to change one behavior over the next 120 days.

How would you like to make your 2019 fourth quarter the most productive of the year? If you’re interested, and I’m sure you are, a Freakonomics podcast might provide the spark you need.

This episode highlights a project titled Behavior Change for the Good conducted by two researchers, Angela Duckworth and Katy Milkman, who gathered what they referred to as a “dream team of behavioral scientists” from all over the world. Their objective was to first facilitate behavioral change, and then determine whether or not the behavioral change would stick. In lay terms, they wanted to see if they could help people develop good habits.

To this end, they organized a massive randomized controlled trial consisting of 63,000 members of 24 Hour Fitness gyms. Members were enticed to sign up by “being part of a really cool behavioral-change program for free.” It was a 28-day program that offered 53 versions of simple motivation. One example was a 25 cent reward for each gym visit. The short-term results were extremely positive; 50% to 75% of the participants experienced a significant boost in exercise for the 28 days of the program.

However, according to Milkman “after our 28-day program we saw nothing in terms of behavior change. All 53 versions of the program, pretty much nothing sticks. And that was the ultimate goal. So that was a major failure.”

So what’s all this have to do with a Q4 sprint? Everything! You’re not idealistic like this dream team of behavioral scientists (they projected 40% success in good habits sticking); rather I’m assuming that you’re pragmatic. We’re looking to change one behavior with the help of a support team, which is very doable for each and every one of you.

This is going to be a 120-day program for your team that I’ve broken down into 5 steps.

Step 1: Determine the Q4 Team Goal—This is a goal that’s only attainable if everyone works hard to improve a specific behavior. This goal needs to be mutually agreed upon and committed to in writing.

Step 2: Determine each individual’s motivator. What trips their trigger? What’s really important to them? You might find it helpful to reread my recent article 5 Habits of Successful Team Leaders and refresh yourself with the work of both Maslow and Herzberg.

Step 3: Identify each person’s one specific change. To be clear, you’re not telling them what they need to improve. You’re explaining the Q4 sprint, their reward for successfully participating and having a collaborative discussion on what they could improve. It’s important to one specific change that is agreed upon.

Step 4: Schedule the Q4 Sprint Team Meeting—This is where the Q4 sprint is finalized. This Q4 goal is confirmed, everyone’s specific change is shared, and everyone agrees to be held accountable (including the team leader). Plans are made for ongoing tracking and measurements.

Step 5: Game on October 1—The Q4 sprint has begun and everyone on your team is now in sprint mode. Everyone is now, day after day, executing their specific behavior improvement. And everyone is now being held accountable to their daily improved behavior as well as reminded of the Q4 Team Goal and their reward for improved performance.

It should take two or three weeks to prepare for your Q4 sprint. And being both an optimist and realist, I am confident you’re going to be able to improve everyone’s Q4 work performance.