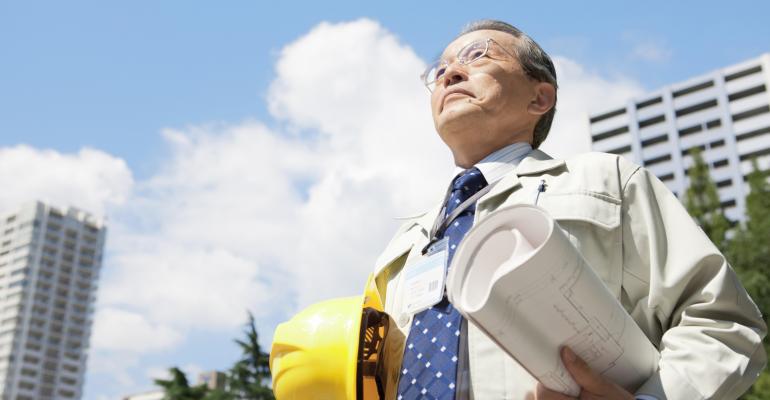 The challenge of succession planning is really about examining an independent advisor’s aspirations for his or her own legacy. Where past generations of independent advisors may have been content to treat their practices primarily as income-generating vehicles, more and more advisors today are waking up to the reality that they want much more than that. These business owners realize that their professional goals go far beyond just earning a living during their peak working years. Instead, they want to build an enduring business that generates lifelong income, creates opportunity for future generations of advisors and stands as a model of service for multiple generations of end clients. To these advisors, building such an intergenerational legacy truly justifies the risks they took to go independent and build a business of their own in the first place.

But there’s a problem here: Most independent advisory practices are not structured to support this aspiration. This is because most practices utilize some form of an “eat what you kill” revenue-sharing model, with advisors compensated purely according to the top-line dollars they bring in and junior advisors inheriting smaller accounts until they can bring in more sizable business. Client-facing professionals only earn money on the basis of their own books of business, and as a result, each of them carefully guards his or her own book as their personal “revenue mill,” rather than putting the strategic goals of the business front and center.

(Note that this is not intended as a criticism of producing advisors; they are simply responding to the incentives that are built into the independent practice model. Advisors nurture what they own—indeed, this is a key element in the approach we outline below.)

The traditional revenue split may be a straightforward way to structure compensation to ensure that producing advisors are laser-focused on bringing in new clients, but it completely discourages commonality of purpose, and with it, the ability to build a business that creates lasting multigenerational value.

So what’s the solution? Restructure the cash flow of the business in order to get everyone—especially the next generation of advisors—focused on the bottom line as well as the top line, and on growing the company as a means of increasing both their own long-term compensation and the value of their equity stake. In other words, give younger advisors better tools and motivation to build their own wealth in exchange for investing their money and their careers in building and supporting the founding advisor’s legacy business.

The essential starting point here is that an enduring independent advisory business is built around a strong, centralized structure that pays out competitive compensation (wages and benefits) for work performed, and then distributes profits after that to those who have invested in the business and taken on the risk of ownership. Revenue that is “siphoned off” through a revenue-sharing arrangement or a commission split simply reduces the value of such a business—it pays advisors like owners without their having to take on the risk of ownership.

If we assume that all revenue must belong to the advisory practice, without exception, then the pathway for cash flow remodeling to build an enduring business becomes much clearer, encompassing the following key steps with respect to wages, bonuses, profit distributions and equity compensation:

(One additional note on implementing a competitive wage structure: founding advisors who want to build a multi-generational business should avoid benchmarking their compensation levels against those of eat-what-you-kill, one-generational models. Otherwise, they may inadvertently import the same structural problems and short-term outlook that they hope to avoid in the first place.)

Once salaries are determined, the firm should “lock in” the most recent level of compensation and not change it for the next couple of years. This applies to all owners, including (and especially) the founder, and creates a base-level compensation for the ownership team that is budgetable, predictable, and supports a focus on receipt of profit distributions as additional reward.

Over time, as the founding owner begins to reduce time spent in the office, his or her wages tend to remain flat (or may gradually be reduced) even as the business grows. However, the founder will also enjoy incoming payments from the succession team, who are gradually purchasing their equity at increasing values. As an added benefit, those monies flowing in to the founder / seller will be harvested at long-term capital gains rates.

This is better than using revenue-based splits or commissions, which often reward advisors for simply participating in a good market rather than achieving the goal of building firm-wide value. Eventually, by rewarding owners with an appropriate base compensation combined with profits, bonuses become a smaller component of total compensation, but they will serve to focus efforts on the right objectives while keeping things “interesting” and competitive among the junior advisors.

Profit distributions that are explicitly characterized as such provide owners with a return on investment, act as the variable component of “take-home pay” (a very different approach compared with revenue sharing) and, importantly, provide the means of paying for the equity being acquired from the founder(s) by the next generation of advisors over time.

By increasing and paying these profit distributions, an important business-building function is accomplished: Advisors learn to think like owners. They focus not only on production, but on profitability as well. They begin to watch the bottom line and ask, “How profitable is this business? How does it compare with other businesses of similar size and structure? What expenses can be cut without affecting growth?”

The single greatest failing of a revenue-sharing or “eat-what-you-kill” arrangement is that it makes the bottom line irrelevant to all but the founder, who alone, late at night, worries about increasing overhead. Sharing profit distributions with younger advisors who invest in the business directly addresses this issue.

This cash-flow structure reflects the philosophy that owners of small but growing businesses are not motivated only by a paycheck, but by increasing the size and share of their profit distributions, and the growth in value of their investment, or equity. Together, these three components acting in concert in a remodeled cash flow structure build long term wealth for a business owner and create a truly multigenerational business that transcends any individual or collection of individuals.

When ambitious professionals are placed in situations where they have every incentive to look beyond just themselves, and every opportunity to invest their money and their careers in a firm that is actively planning for the future, a remarkable thing will happen: People will start to value ownership and equity. They will want to become equity partners, and they will want to build on top of everything the founder or founders have already developed. And that is how a true legacy is created.

David Grau Sr., JD, is the president and founder of FP Transitions (www.fptransitions.com), which partners with independent advisors to build businesses of enduring and transferable value. The above is adapted and excerpted from his first book, “Succession Planning for Financial Advisors: Building an Enduring Business,” published by John Wiley & Sons.