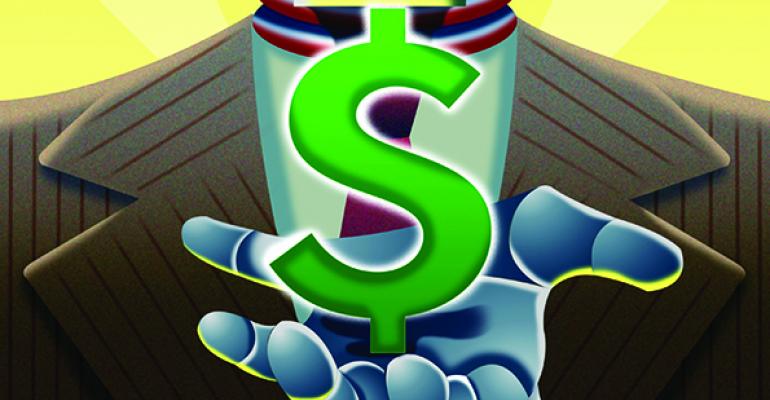 How To Go Robo

The first step in adopting an automated platform is deciding which one to use.

Jonathan Swanburg, a 31-year-old financial advisor in Houston, was intrigued by the idea of opening up an automated investment platform for his clients. He’d heard about the so-called “robo-advisors” that were attracting a lot of attention and capital, along with equal measures of hype and skepticism. Unlike many, he recognized the advantages, especially as a way of serving a new, less affluent market, and was eager to jump in.

Swanburg, an advisor with the $120 million AUM Tri-Star Advisors, tried out Wealthfront and LearnVest personally to get a sense of the digital experience. For his practice, he signed up with Betterment Institutional to run behind his firm’s branding and unveiled his new service in March.

He’s pleased with the results so far. He tells the clients he has targeted that it’s a “paperless digital money management platform” and sends them a link. They plug in their information, most of the time without talking to anyone on his staff (although some want to be walked through the process).

More recently, he has been using the platform to lure prospects that lack the $1 million or more heft of his firm’s typical client. He’s got 22 on the platform now, with “many more projected to sign up in the near future,” he says. “This is going to open up a much larger pool of clients than we could serve before.”

More technology companies, including the largest RIA custodians, are introducing automated investment platforms that invest and rebalance a client’s portfolio, allocated among a designated set of low-cost exchange traded funds and adhering to investors’ risk tolerance. Consultants A.T. Kearney recently said that so-called robo platforms will control about $2 trillion in investors’ assets by 2020, or 5.6 percent of all investable assets, up from 0.5 percent today.

Even John Thiel, the head of Merrill Lynch Wealth Management, said at a conference in New York recently that the automated platforms were a key component in getting millennial clients’ business. A wave of mainstream press accounts of the benefits of investing with robo platforms means potential clients are increasingly aware of the option, potentially draining the pond of prospects for advisors.

So savvy advisors are bringing the tools into their practice. By using an automated portfolio management system that does everything from opening new accounts and rebalancing to billing, tax-loss harvesting and reporting, advisors can serve smaller accounts in a fraction of the time it would have otherwise taken. Additionally, when it comes to financial portfolios, the digital, always-on experience is one that clients have come to expect; advisors who still largely rely on paper-based reporting will be seen as out of touch.

Going Where They Live

The first step in adopting an automated platform is deciding which one to use. There are more than 37 robo services out there, according to Tiburon Strategic Advisors, although many of them don’t target advisors. Since they’re so new and unfamiliar, they require a test drive to review all of the options for pricing, portfolios and client experience. In September, Barry Ritholtz and Josh Brown, partners in New York City-based Ritholtz Wealth Management, launched Liftoff, their own robo-advisor that uses an investment platform from startup Upside Financial. Brown opened accounts for his 7- and 10-year-old children before deciding to go with Upside in what Ritholtz calls “our own internal beta test.”

Advisors also need to decide which type of client to target with the new service. Generally that means tech-savvy millennials who don’t have the wealth usually required to make them worth your effort, says Juan Carlos Lopez, executive director of the wealth and asset management practice at Ernst & Young.

To get to this new, largely younger and less affluent market, some advisors are trying to go right where they live, posting frequently on social media; some are combing through records of potential clients they’d previously turned away because they were too small; others are approaching the adult children of existing accounts.

According to some observers, it’s not possible to put wealthy clients with sophisticated, complicated requirements into a robo model. “If you serve ultra-high-net-worth individuals, digital advice shouldn’t be your first priority,” says Lopez. “There are too many limitations on what it can offer.”

Not everyone follows that segmented approach, however. Steve Lockshin is the founder and principal of AdvicePeriod in Los Angeles, which has about $400 million in assets under management and approximately $4 billion in assets under administration; he was an early convert to robo advisors and is an investor in Betterment. For him, this isn’t a millennial or mass affluent trend. “It’s the default solution for all new clients,” he says. “And I’m trying to have every client open a [robo] account.” That includes a couple of recent clients who sold businesses for some $200 million and are now invested in an appropriately diversified portfolio on the robo platform, he says.

According to Lockshin, the more clients at all levels experience these platforms’ “ease of use,” they’ll want it for everything they do with the firm. For existing clients, that may mean moving, say, an IRA or even a trust to the new platform. Lockshin recently made the case at an advisor conference that estate planning and taxation are two areas where a robo offering can prevail, as both are rules-based processes that can usually be better accomplished by algorithms than humans.

In any case, advisors tend to focus initially either on existing clients or new prospects. With current accounts, you can bring up the option casually during regularly scheduled meetings. Swanburg made a point of seeking out those clients with adult children who might make good candidates, or business owners who might be able to refer employees. A few clients suggested they open accounts earmarked for grandchildren. He has a 70-year-old, tech-savvy client who has decided to roll the minimum distributions from his IRA into the online platform.

'This is All Brand-New'

On the other hand, Dennis Breier, an advisor in Burr Ridge, Ill., started an RIA last year specifically to attract young professionals who want an all-online service, and will use Autopilot, the robo from CLS Investments’ partnership with Riskalyze.

But he hasn’t yet offered the option to clients in his older firm, which he formed in 2013. “We have to know the provider we chose will be around for a while,” he says. “This is all brand-new.”

To find clients that fit his target demographic, Breier relies heavily on social media, with frequent daily posts on Facebook and Twitter; he has attracted 15 clients so far. He schedules his posts through an online program to ensure they run 12 hours a day. “People have got to see your name 100 times on Facebook before they send you a message,” he says. Generally, his posts include links to articles of interest to millennials, like how to plan a wedding, as well as his blog.

While these robo services typically cost around 25 basis points, advisors vary in how they are charging clients on the platforms. Breier charges $99 to $299 a month depending on the client’s net worth and a fee of 50 basis points of their assets under management; he lowered his non-robo clients’ fee to a similar 50 basis points because “we wanted to be consistent with all our clients.”

Others charge anywhere from 30 to 75 basis points. Advisors suggest figuring out how much time you are serving your accounts under the robo model and back up to a fee from there.

And generally speaking, clients on the robo platform will take less time. “Most advisors use duct tape and Band-Aids, multiple solutions, all of which require at least some human intervention,” says Lockshin. He figures that it takes 10 to 20 hours to handle the traditional operations needed for an account versus a few minutes to set up a robo client, after which, he says, “The account is on autopilot.”

But that doesn’t always mean the advisor goes on automatic pilot. “When I first started looking into this, I thought we’d never talk to anybody, but that’s not how it really works,” says Breier. “Even millennials want to be able to communicate, although it may be over an online conference instead of in our office.” For that reason, he meets with his traditional clients in person quarterly, while he holds monthly check-in calls with new online accounts, along with two meetings a year via Zoom, a web-conferencing service.

Instead of the monthly calls and quarterly reviews he holds with older clients, Swanburg has a quarterly check-in with his robo clients. He can see on a dashboard whether they are on track or not and if something seems amiss, he can shoot them an email. He encourages clients with questions to call. “It’s hard to get all the detail we might need in an email,” he says.

For the moment, at least, most advisors say the robo platforms haven’t reduced or increased headcount at their firms. “If down the road we have $50 million worth of clients on the platform, maybe we’ll need an additional assistant to handle those calls,” says Swanburg. His firm currently has two assistants.

On the other hand, Lockshin says that, thanks to the added business, he’s had to hire two more staffers. The expense has been limited, though. Using an automated platform has allowed him to hire less experienced people with lower salaries because so many tasks are done automatically or without the need for time-consuming, error-prone data entry. “There are guard rails in there so you can’t screw up,” he says.