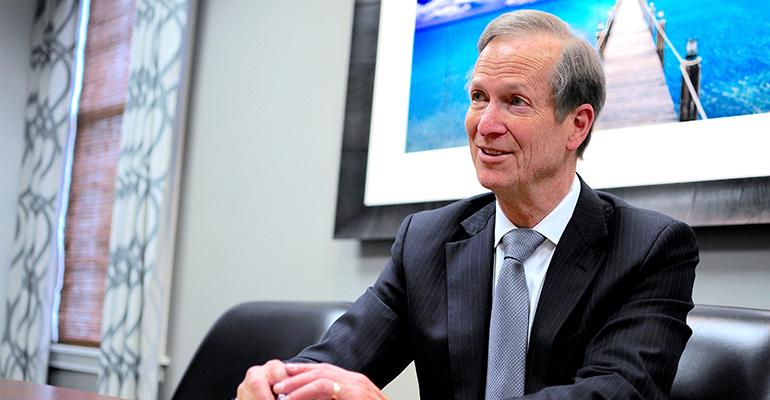 Fix My Business: Good Help Is Hard to Find

The right administrative staff can make all the difference.

Robert Karn wants to beef up his administration staff with a detailed-obsessed hire who really loves paperwork and has a Series 7. But, he’s not finding any qualified takers.

Karn is a partner in Karn Couzens & Associates, a 30-year-old firm in Farmington, Conn., with about $400 million in assets and a staff of three other advisors and a support team of four. That includes an unofficial office manager, computer-savvy paperwork helper, marketing-oriented staffer and a “jack of all trades,” who does everything from scanning documents to buying coffee.

But now Karn figures they need more back-office help—someone to do trades, as well as handle distributions, new account processing, beneficiary work and the like. He’s tried ZipRecruiter and placing ads on the CFP website and is even thinking about poaching detail-oriented admins from an accounting or law firm or interviewing parents looking to re-enter the workforce after raising children.

Pay would include a salary and bonus; he’s considering a new firm-wide structure awarding bonuses partially based on individual performance-based metrics and the rest on a company revenue goal. He’s also thinking of forgoing the Series 7 requirement for the job, instead settling for someone with knowledge of the industry. If everyone’s roles stay the same and he has just this one gap to plug, I’d say focus on the highest-skilled, more attention-grabbing requirement and market that—say, a trader or a portfolio analyst. The latter would be someone who understands posting and reconciliation of client accounts, opening and closing accounts and similar duties. If he advertises a more-general admin position, then applicants may view it as an office manager role and that’s not what he wants. This is more industry specific.

Another option, since there are several admin people already, is to restructure how he’s doing things. He may not be operating as efficiently as he could. It’s a good time to look at his processes across the board to see whether there’s something more systemic he needs to do. He should, at least, conduct an audit of his technology.

At some point, you need to really fix things. This hire feels like he’s just plugging the dam. Issue one is where do you find suitable candidates in a low-unemployment world? I would reach out to his business partners—the fund companies he works with, the tech firm he uses, his custodian, etc. Craft a nice email with the job description. And I’d try LinkedIn. That’s often a home run.

The other issue is how to make the job attractive. I do think there’s a great opportunity to restructure the bonus in a more compelling and motivating fashion. I like the model of dividing it in half, with 50 percent determined by personal goals and 50 pecent by the overall profitability of the business. And within that, there would be a specified range for the amount. People want to know the minimum they’re going to receive if they take a job and a structure that says if they do well and the firm does well, they’re rewarded.

Also, if he wants someone who already has a Series 7, that’s going to be a person who’s already at a higher-up point in the pay scale or not interested in paperwork. So he’s limiting the pool of candidates. My sense is one of the reasons he’s having trouble filing the job is because it isn’t clearly defined. He needs to have greater clarity around the nature of the role.

For that reason, if I were him, before I got that next body, I would revisit what I already have. Ignore the preferences of the existing team members and think more about the optimal structure of the firm going-forward. What roles do I need filled to deliver on our brand promise and where do each of the individuals on the staff fit into that paradigm? What do we need in terms of technology and work flow? Maybe he’ll find he doesn’t even need an additional person.

That will also help him think about a logical career path. It’s how you’re going to get really good candidates.