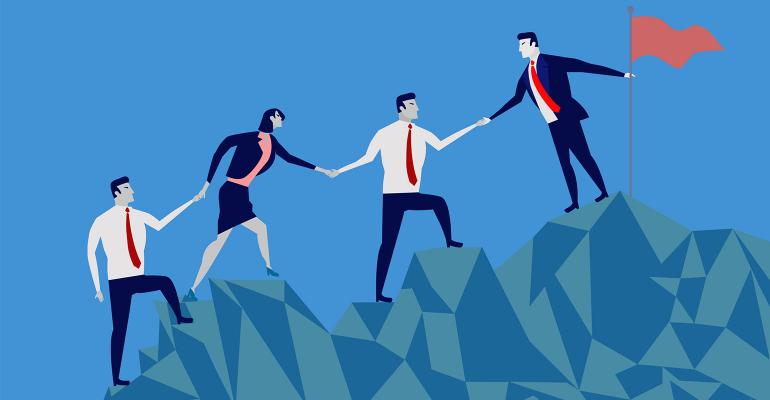 Eight Team Leader Behaviors to Build Trust within Your Team

There’s nothing more important than trust.

BOSTON — “We’ve got a lot going on, we’re managing over $1 billion in assets, I’ve got a really good team, but something is missing in the chemistry,” Paul confided in me with great frustration, and then continued his stream of consciousness with, “as the team leader, I hate to admit it, but I think it’s a trust issue.”

I then took the opportunity to share with him findings published in a Harvard Business Review January/February 2017 article by Paul J. Zak entitled The Neuroscience of Trust. Statistics show that people in high-trust companies were 74 percent less stressed, 106 percent more energetic at work, 50 percent more productive, and 76 percent more engaged.

That got his attention, so I suggested he read the article as Zak outlines what he refers to as “Eight Management Behaviors that Build Trust.” They are very insightful and they are all very actionable. I’ve taken the liberty of adapting them to team leader behaviors, you be the judge.

When it comes to people, whether it’s your significant other, clients, or team members, nothing is more important than trust. Trust is often perceived as a feeling, yet clinical studies have determined that trust is an action that in turn impacts feelings.

In his book, The Science of Trust, John Gottman claims that both trust and mistrust are defined by actions. However, he tells us that mistrust is not the opposite of trust—it’s the enemy of trust. He also shows how selfish acts breed mistrust. As you’ve probably concluded already, the Eight Team Leader Behaviors that Build Trust listed above all require action.

The catch-22 for Paul was dealing with that inaction, which then was creating the mistrust. He was probably being too critical of himself, but I liked his comment on showing vulnerability.

Just imagine—improving productivity 50 percent by paying attention to these eight behaviors. The reality is—trust is an invisible force that has a major impact on your bottom line.