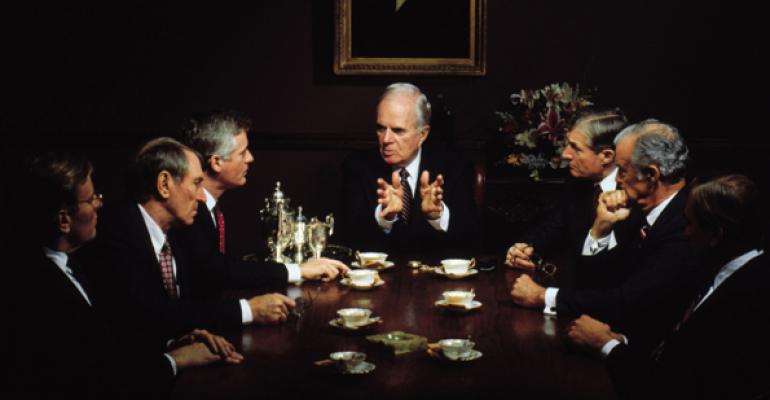 Every firm touts their “culture” as a selling point to recruits. But what does it really mean?

It seems that every wealth management shop hypes their firm’s “culture” as the best thing about it. But what does “culture” really mean? While it might be hard to articulate, culture is king, and it is often the deciding factor when it comes to making a choice between staying with one’s own firm or joining another.

In an effort to convey their culture to financial advisor recruits, many firms invite prospects to their home office or similar due diligence meeting. During that time, the advisor will meet firm representatives from relevant product areas, other advisors, senior leadership and transition specialists. How accessible is the top management? How is the advisor viewed throughout the organization? Who owns the client? To what extent does the advisor feel like a person as opposed to a number? All serve as clues to the cultural climate.

Natalie (anonymous here to protect her professional prospects) spent her entire 25-year career with UBS and its predecessor firms. She loved the firm most when it was PaineWebber, but began to feel disconnected and lost in a bureaucracy that only valued the revenue she generated since UBS took over. The local Wells Fargo Advisors manager had been courting her for years and she finally agreed to attend a due diligence summit for the firm in St. Louis late last year. Natalie reported after the trip that despite offers of much greater transition incentives from other big firms, she felt Wells Fargo had a similar culture to PaineWebber.

For some firms, treating the advisor as if he or she were a client of the firm is part of the cultural experience they want to convey. Raymond James, for example, goes out of its way to provide advisor support and access to top management.

“Because most of our advisors own their book, every Raymond James advisor is a free agent and they can walk away whenever they like,” says Barry Papa, director of Raymond James’ AdvisorChoice Consulting. “So, we really have to recruit back our advisors every single day.”

Jeffrey, a long-tenured Raymond James advisor says, “It’s a culture of pride in association, true ownership and the real belief that the end client comes first and the advisor second.” Conversely, an advisor at a competitor firm says, “We are merely a distribution channel. Senior leadership couldn’t care less about us as people.”

Focus Financial Partners, the largest investor in the independent space with over 30 partner firms, holds regular meetings where all of their partners convene over a number of days in a resort setting and share best practices, strategies and thought leadership. Potential recruits are offered the opportunity to witness Focus’ culture, defined as “a sophisticated peer group comprised of many of the largest, most recognized and successful independent firms out there,” says Rajini Kodialam, co-founder and managing director of Focus. Each partner firm has its own distinct values, but what Focus offers more than anything is a culture
of sharing and inclusion.

What do Wells Fargo, Raymond James and Focus Financial have in common? They all insist that prospective advisors attend a home office meeting before being made an offer to join, because they believe that the only way to truly convey their cultural advantage is by experiencing it firsthand. One advisor’s spouse who attended a Wells Fargo summit said, “This firm feels like the right place. These guys really believe what they have been telling us. They seem to do a lot of hugging; this is where I think you need to be.”

Is the effort and expense put forth to showcase culture worth it? “Yes,” senior leaders at these firms would say emphatically. Chip Walker, managing director of Wells Fargo Advisors’ Private Client Group, said that in nine years of doing the monthly home office due diligence meetings, roughly 60 percent who attend ultimately join the firm.

Advisors looking to compare and contrast their own firm to others, often see all similarly situated firms as one and the same. A firm’s culture is the one thing that is not a commodity. Competitors might offer greater transition packages, higher payouts or superior technology, yet firms that can’t match these benchmarks are successful in recruiting. In the end, culture might be the most important factor to some advisors, and they will be willing to accept less and overlook a superior compensation package in order to work for a firm whose values are aligned with theirs.