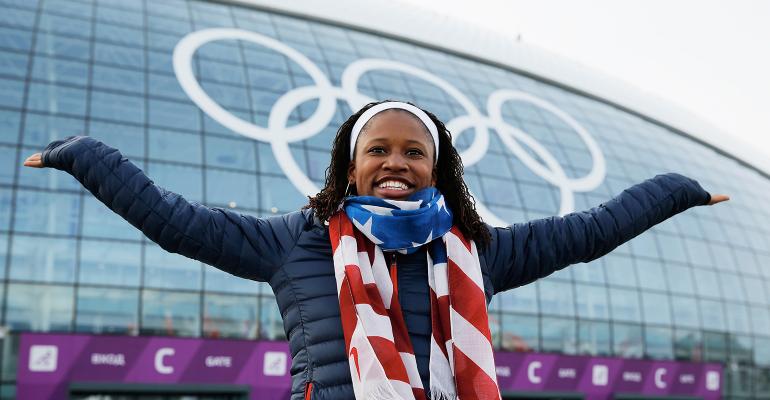 Copyright Scott Halleran, Getty Images
Lauryn Williams is a former four-time Olympian who launched her firm, Worth Winning, a year ago to focus on millennial athletes.
Practice Management>Business Planning

Building a Niche in the First Year

At the XYPN conference, a panel of young advisors shared how they found, built and developed their niche.

One thing the XY Planning Network stresses to young, independent financial planners is the importance of finding and developing a niche.

According to the data from XYPN’s first benchmarking survey, which it presented Tuesday at the XYPN 2017 conference in Dallas, advisors who focus on niche investors bring in double the revenue per client than those who don’t.

However, this approach takes time to develop. There was no significant revenue difference between advisors with a niche or those without in the first few years of the firm, but the gap widens significantly after five years. XYPN cofounder Michael Kitces that said this is an argument for why advisors should develop a niche as soon as possible.

“It’s a wash in early years, but pays off huge in the long run,” Kitces said, adding that in addition to revenue, advisors with niches spend less time per client and provide more value.

To help new advisors, the XYPN conference featured a panel discussion on how to find, develop and market a niche during a firm's first year.

“You think this thing is going to take off and skyrocket, but you forget that it takes time,” said Lauryn Williams, a four-time Olympian who launched her firm, Worth Winning, a year ago to focus on millennial athletes. “The culture within the athletic world is, ‘Don’t trust the financial people.’”

Williams said that despite knowing the culture, the lingo and how to reach athletes, she still had to go in a different direction than she expected. Now she’s focused on financial literacy, which has helped build trust and create new relationships.

But not everyone is an ex-Olympian with connections to niche clients. So how does the average advisor develop a niche they’ve never personally been a part of?

Daniel Wrenne, who worked as a Northwestern Mutual advisor for nine years before opening his own fee-based financial-planning firm, offered some advice. Though he’s never been a doctor, he’s built a practice focused on millennial physicians that now serves more than 75 families.

Wrenne’s advice is simple: do the homework.

“A lot of it is getting into the weeds,” Wrenne said. “Just find where the information is and become an expert, and ultimately deliver on it. People [in a niche] will love it.”

Tim Hale, who left a successful career at a bank to open a firm focused on 401(k)s in a small Wyoming town, agreed. Even though 401(k)s are essential to most investors, they are still too boring and complex.

“People don’t even want to look at their investments—the most fundamental thing that [we] think about, they just don’t want to do it,” Hale said. By being an expert, you can carve out your niche.

Wrenne also advised the XYPN audience that instead of worrying about sticking to a niche in the first year, plan to do some switching before finding one that sticks.

“I don’t know many people [who] found a niche on day one and it worked perfectly,” Wrenne said.

He added that while client referrals are always the best way to build a book of business, speaking engagements have been a close second. To reach young physicians, Wrenne visited local residency programs and offered to speak at regional association gatherings. All niches have some sort of regional conference (the XYPN conference is one for young, fee-only planners—it doesn’t get much more niche than that), and they are always looking for content providers.

Williams echoed this point, adding that as a next-gen advisor, she had “brainwashed” herself into thinking she could build an entire firm digitally.

“Social media is an add-on, but it’s not the direct way we meet clients,” she said. “It’s important to build a brand, but the interaction with people is what will build a business.”

Gretchen Behnke, who left a career with Mary Kay corporate to start a firm focused on serving her former colleagues, offered another piece of advice for building a niche—target the most social people in the group. If you can get them, they are the ones who are going to tell everyone else.

Just don’t do it for free, Behnke advised. Feel free to give a discount, especially to get first-time investors involved, but they’ll never be fully committed if they don’t pay anything.