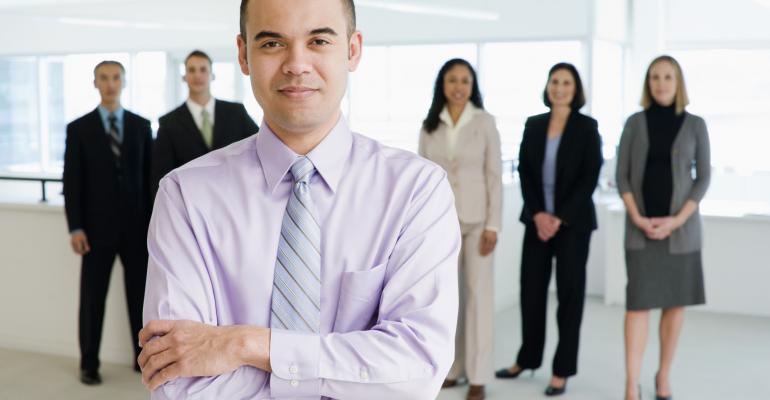 Irvine: “I got into this business because you didn’t need to rely on anyone but yourself.  If you could perform, you could make a lot of money.  I never intended to be managing people, or as you say leading a team,” explained Bruce in a rather confessional tone, then add, “…but my business has evolved and it’s as though I woke up no longer a sole practitioner, but leading a team.”

Bruce was making a good point.  Most veteran financial advisors began their careers as independent entities only answering to themselves.  This was part of the allure.  If they wanted to take an afternoon off, they did.  And by working hard and smart when in the office, they could make a wonderful income.

Times have changed.  Many of these successful veterans are now in some form of a team.  Like Bruce, many are the senior partner, the de-facto team leader – with no leadership training.

√  Work Ethic - Arriving early, leaving late, working hard and smart, completing projects on time, being careful in time off, working weekends when necessary, helping out where needed -- the beat goes on.

Relax.  You don’t have to be a workaholic to establish the proper work ethic.  You’re setting the tone; this isn’t a 9 to 5 operation.  You’re handling people’s finances and timeliness is frequently essential; oftentimes, there are things that can’t be pushed off until tomorrow – they need to get done now.  Setting an example in this regard will help establish this as a standard expectation for everyone on the team.

Vacation time can also be an issue.  I recognize that veteran financial advisors who have morphed into team leaders have worked many years to achieve a level of success that’s evolved into a team and there’s a natural tendency to take more time off; long weekends, long travel vacations, and so on.  All of which is well-deserved and possible, but only after you’ve set the example of the work ethic you want.

√  Fairness - It’s human nature to have favorites.  Some people you simply click with more naturally than others.  That’s all well and good but a team leader cannot display any overt favoritism.  Much like work ethic, all eyes are on this issue -- everyone being held to the same standard of accountability.

Is one team member allowed more personal time-off than everyone else?  If so, problems will arise.  And performance standards need to be consistent  amongst team members.

Another issue is the dirty word “mistakes” – everybody makes them, and elite team leader is even-handed in dealing with each team member / mistake when it happens.

Although compensation is never equal, it’s important that it is role-specific and fair.  This doesn’t mean that support personnel or junior financial advisors will never want a raise, the issue is fairness. Just because someone wants more income doesn’t mean they deserve it.  We’ve seen support personnel doing the same work as their counterparts on the team, but earning two to three times more because of some percentage (revenue/bonus) arrangement with the senior financial advisor.  This is never healthy.

√  Civility – This should go without saying.  The language you use is going to be the language used by your team.  When angry, do you spout off a string of expletives?  If you do, expect others to do likewise.  If you lash out at a team member who’s made a mistake, they are likely to follow suit.

This is more than simply controlling your language when angry.  Civility is good manners.  Saying please and thank you, making certain to say hello, good morning, goodbye, and good night are all simply good form.

You also want to be careful with your humor.  Keep it clean.

√  Promptness – I once knew a team leader who was always late to the extent that his team coined the phrase “Charlie time.”  Team meetings were scheduled for 8AM every Tuesday and when Charlie strolled in between 8:20 and 8:30am everyone considered it normal.  As a result, people didn’t begin posting for the team meeting until 8:10 or so and then it was only chit-chat until Charlie arrived.  Needless to say, these meetings were not very productive.

A team leader who is a stickler for timeliness will quickly set the tone for everyone else.  Being prompt is one of those behaviors with insidious benefits.  Productivity goes up as less time is wasted. It sends a signal to everyone that their time is also important. The underlying message is that there’s a lot to get done in this highly professional wealth management team.

√  Accountability – Elite team leaders will constantly inspect what they expect.  This doesn’t mean that they become Gestapo.  Hardly.  It’s just that they follow-up with everyone, check-in to see how things are coming along.

Lead by example: Whether you’re a team of three or a baker’s dozen, all eyes are on you.  You’re living in the proverbial fishbowl and the above tips might serve as a gentle reminder.