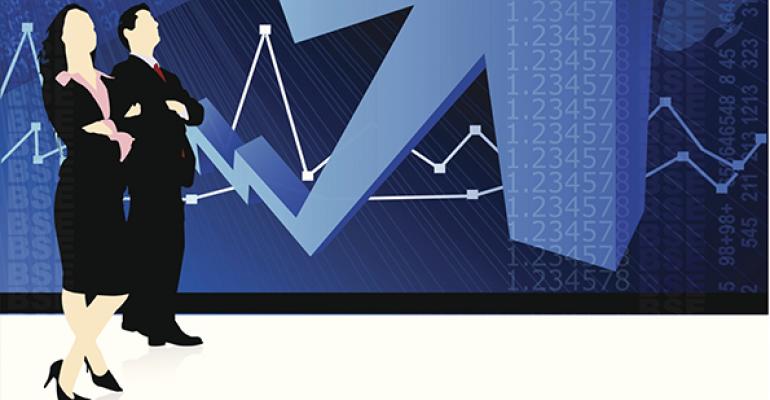 Women Not Choosing Their Household Investments

A new Wells Fargo survey found that affluent women – those with as least $250,000 in household investable assets – take responsibility for day-to-day money decisions in their households, but only 46 percent are in charge of choosing investments, a number that falls to just 34 percent when considering only married women.

This may have something to do with the fact that more than two-thirds of these affluent women were never taught how to invest in the stock market. Though nearly everyone surveyed said it’s important for women to feel confident about investing, only 71 percent said they do.

“It is interesting to see that affluent women credit their wealth to the stock market even though most say that no one taught them how to invest in the market,” said Karen Wimbish, Wells Fargo’s director of retail retirement, in a statement. “These are successful women that should have the confidence and interest in making investment decisions for their future.”

Even if they aren’t confident in their own abilities, affluent women rejected the idea that men are more interested in, or better at managing, finances than women. Half of the women said men are too overconfident in their investing skills.

At the same time, only one-in-four affluent women earn more than their spouse, and 59 percent still believe that equal pay in the workforce is more than 10 years away.

The demographic shift of wealth in the U.S. has not been lost on the financial services industry, and reaching young people, people of color and women is a common discussion topic at industry conferences and events. But in case some advisors still don’t believe women are worth their time, the Wells Fargo survey uncovered a fact that really shouldn’t surprise anyone: affluent women enjoy making money. And 85 percent take pride in their earning power.

“I don’t think I’ve seen a study where women so overwhelmingly express joy at earning money and pride in their capacity to do so,” Wimbish said.

That may be because everyone likes making money, and no one needed a survey of 1,872 women to convince them of that.