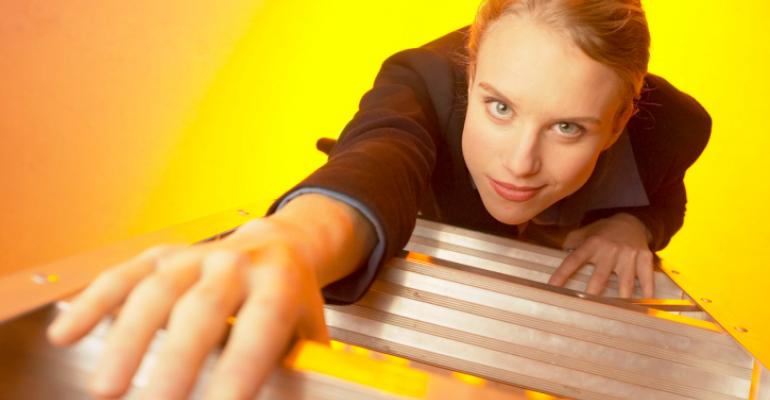 Women Are Getting Richer and Taking Charge of Family Wealth. But There Are Few Women-owned RIAs

I have a strong aversion to breaking out RIAs or financial advisors into gender buckets, race buckets or ethnicity buckets. But in this issue, we’re doing just that. Let me explain.

Marissa Mayer, the gal from Google who was recently appointed CEO of Yahoo, got me thinking. At first the news reports merely annoyed me. “She is a woman,” journalists and bloggers kept telling us. “She is pregnant.” “She is a she.” “She is the first woman this and the first woman that.” So we got curious to find out if woman were well represented in the financial services, RIA market. They aren't. We had trouble finding 25 women owned (25% or more stake) with substantial businesses. And that was out of a list of 400 RIAs. Our list of the top 25 women-owned RIAs is online now.

That said, I am tired of the perpetual meme: “Women don’t make as much as men for doing the same work.” The other assertion that just won’t die is: “There are not enough women physicians, or women cops or women financial advisors.” Really? I have often wondered how one can argue that point. My thought has always been that the markets speak for themselves. If women don’t want to be financial advisors, then that’s okay. The “boom boom room” no longer exists. I know Susan Antilla, who on Sept. 18 wrote an opinion piece for CNN.com about how women don’t get good jobs in journalism--they all go to men. And women make up the majority of journalism degree students, or some such nonsense, Antilla says. She is the author of the famous book, Tales from the Boom Boom Room: Women vs. Wall Street. The “boom boom room” was a famous party room at Smith Barney’s Garden City, N.Y. branch. The book describes how in the 1990s, women flocked to Wall Street only to be held down by chauvinists, sexists to menial, low-paying jobs because of their gender.

I am sure Antilla’s book accurately describes the crazy, cauldron that was a brokerage back in the day. But the question is, who decides how many women should work as FAs in the financial services industry? What is the “natural” proportion? Should the population of FAs (or any industry) be split evenly among men and women? After all, that’s how it is in nature—about 51 percent female to 49 percent male. Or should an unelected bureaucrat decide that that proportion is too much or too little?

So in the October issue (and it's currently online) includes a ranking of the top women-owned RIAs (by top we mean ranked by AUM). I actually thought it would be interesting to check out how many firms were women-owned. Few. (To make the list, women had to own at least 25 percent of the RIA. Why 25 percent? Because often RIAs are owned by four FAs.) We found precious few women-owned RIAs. I think that women are “under-represented” (to put it in PC language) in this or that industry because, well, biology is destiny. Women have babies and take time off to nurture their children. There’s nothing wrong with that, and, in fact, there’s everything right with that. I know at least two hard-charging brilliant women who said they would go back to work after having a baby and then, having had the baby, changed their minds, and said their husbands were going to have to bring home the bacon.

It is not sexism or discrimination; the number of women in the workplace is set by women’s desire to have a baby and take time out of work to nurture their children. The vast sexist conspiracy theory no longer holds water, in my opinion. Check out the list and comments about women in the RIA biz by our own Diana Britton on page 47 and 48 of the October issue.

And columnist and industry consultant Matt Oechsli's recent piece about how women are more and more in charge of wealth. Oechsli writes:

"It’s time for financial advisors to take the affluent female seriously. Not only are more affluent women now the official family breadwinner, they are also becoming the determining factor in whether or not a healthy relationship exists with their family’s financial advisor.

"The old days of passing the buck on important money matters like investing in the stock market, retirement planning, mortgage debt, etc. to their husbands are gone. Not only are affluent women prepared to play a major role in their family’s money matters, many have begun to take charge. Staying on the sidelines, many have witnessed the 'lost decade' of their family’s finances. Whether the advice the family received was good, bad, or indifferent, most often it came from their family’s financial advisor. And usually that advice was directed to the male of the affluent household."