Where Millionaires Go To College

Nine of the 10 colleges that produce the most millionaire alumni are in the United States, led by Harvard University, according to a WealthInsight survey, Forbes is reporting. Following Harvard is the University of Pennsylvania, Stanford University and Oxford University in the United Kingdom. The United States also boasts 17 of the top 20 universities on the ranking, and 31 of the top 50. While U.S. dominance is not surprising, what is is that there is only one Asian university on the list, despite the continent being home to 29 percent of the world's millionaires. The reason: the strong draw of U.S. universities. “Such is the international prestige of the Western institutions on this list that many of the newly-minted millionaires in Asia were educated in their halls,” WealthInsight chief Oliver Williams said. “More still send their children to be educated in Europe and North America rather than at home.” However, the university may have little impact on their student's future earnings; it may be simply that richer students are going to these elite schools.

The Rich Keep Getting Richer 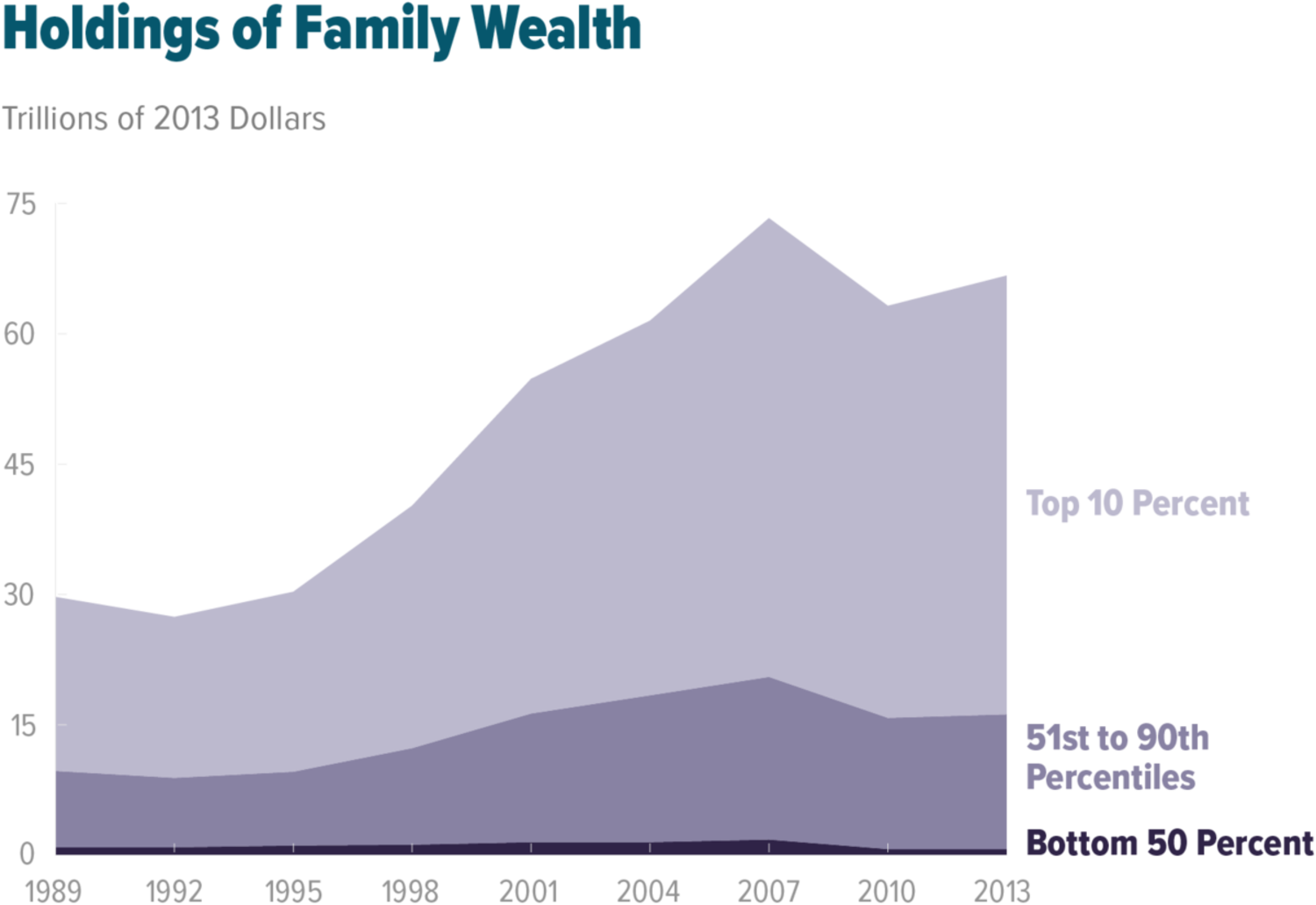 The top 10 percent of U.S. families held 76 percent of total wealth in America in 2013, according to a new report by the Congressional Budget Office. The report, which measured "marketable wealth," or assets easily traded and have value after someone's death like real estate, stocks, bank accounts and 401(k)s, found that everyone else in the top 50 percent accounted for another 23 percent of total wealth. That left just 1 percent for the bottom half of the population. And while the top 10 percent had at least $942,000 in total wealth (and an average of $4 million), the bottom quarter had zero wealth and were $13,000 in debt on average, according to CNNMoney. From 1989 to 2013, families in the 90th percentile saw their wealth grow 54 percent, those in the 50th percentile experienced a 4 percent rise and those in the 25th percentile saw their wealth drop by 6 percent.

IEX, or Investors Exchange, the upstart alternative and competitor to the New York Stock Exchange and Nasdaq, started trading on Friday, but with what might be the softest of starts. The exchange listed only two stocks available to trade on its opening day – Vonage and Windstream Holdings – according to Fortune. Starting Wednesday, it will add eight more: Vale, VirnetX, Viavi Solutions, VimpelCom, Valley National Bancorp, XOMA, Direxion Daily FTSE China Bull and Ziopharm Oncology. The exchange will then list all stocks, starting at the end of the alphabet – those stocks typically trade less, giving it time to work out any possible software glitches.