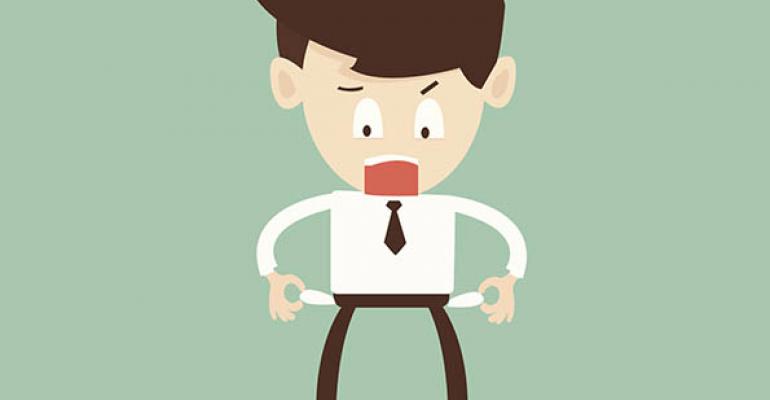 Boomerang kids ruin retirement for their parents, according to a new survey by market research firm Hearts & Wallets. The survey found that boomers 65 years old and older who have financially independent offspring are twice as likely to be retired as those who support their adult children, NBCNews.com reported. The market research firm estimates that 15.8 million boomer households, or one-third of that generation controlling nearly $8 trillion in investable assets, give some financial support to their kids. "Spending on kids is a huge black hole, and it undermines the financial stability of most families today," financial planner Laura Scharr-Bykowsky told the publication.

March Madness begins next week, and investors may want to stay out of the market. MarketWatch columnist Mark Hulbert explains that stocks, on average, produce below-average returns during widely followed sports tournaments. Case-in-point: The S&P 500 fell 1.5 percent between the opening round of the 2014 NCAA championship and the final game. What gives? A 2007 study hypothesized that the diminished returns were because investors’ moods sour as teams get knocked out of the tournament.

United Capital Financial Advisers is hoping to perk up its client experience with one of the biggest names in coffee. The firm announced Thursday that Arthur Rubinfeld, the chief creative officer and president of global innovation at Starbucks who crafted the “Starbucks experience” that persists at 22,000 locations, would join United Capital’s board of directors. United Capital said it hoped to develop client experience around the theme of “financial life management” the same way Starbucks “redefined the coffee experience.” Andrew Rudd, chairman and CEO of Advisor Software, is also joining United Capital’s board to help improve the company’s platform and client-facing tools.

Do advisors really know what their clients want? No, because most of their conversations with clients focus on immediate queries or problems, writes Acanthus Consulting’s Emily Morris on Iris.xyz. But advisors really should have a clear picture of what clients want to help them target their services and encourage referrals. “All firms need a clear, concise picture of what they can offer, profitably, to whom and how in an increasingly competitive landscape with lower cost, digitally-enabled business models popping up every week, if they want to ensure their ongoing survival.”