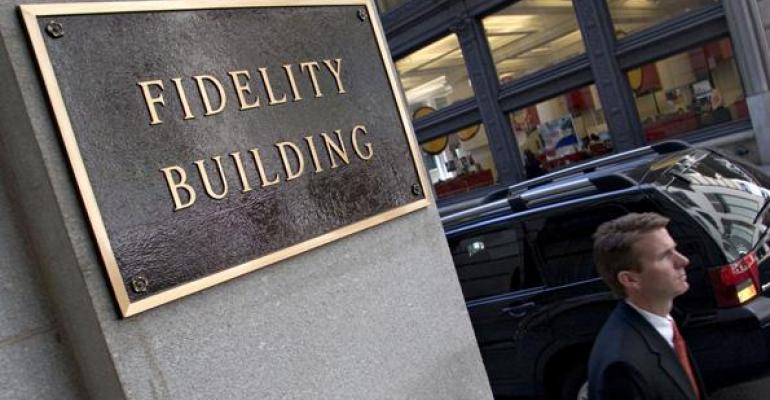 The Top VC Investors? Not Who You’d Think

The mutual fund industry is taking on a bigger role in Silicon Valley—and some venture capitalists aren’t happy about it. Fidelity currently holds stakes in 24 unicorn startups—those with $1 billion or more valuations—more than any other VC firm, according to a new Pitchbook report cited by TechCrunch.com. (When WealthManagement.com wrote about the trend a year ago, Fidelity was sixth on the list, with stakes in 13 unicorns.) Fidelity is followed by the usuals: SV Angel, Sequoia Capital and Andreessen Horowitz. Another mutual fund manager, T. Rowe Price, is fifth on the list, with stakes in 17 unicorns. But, as the article points out, VCs are generally the ones getting into these startups early—during Series A or B rounds—while fund companies are getting in at the later rounds. TechCrunch cited a 2013 interview with Andreessen Horowitz co-founder Marc Andreessen, who said he’s reluctant to chase “hot money,” which he characterizes as non-VC investors who crossed over into the late stages. “Having assembled the most unicorn stakes—whether you’re a venture firm, mutual fund or otherwise—seems like a dubious distinction in the meantime,” writes TechCrunch Editor Connie Loizos.

External IT, a technology firm that provides cloud-based cybersecurity and information technology for financial services, is launching a new kind of SAT for advisors, one without an essay portion. The Security Awareness Training program is designed to educate advisors and their employees on best practices for using corporate IT systems. The program includes phishing email tests, reporting, online training and results of the evaluation delivered to the firm’s compliance manager. External IT says the program addresses the most commonly overlooked source of data breaches: employee-related negligence. “Information is shared through non-secured programs, passwords are being carelessly generated -- the list goes on,” said Justin Kapahi, External IT’s technical director. “We've developed SAT to provide advisors with clear security guidelines to ensure their information is protected from the inside-out, at every level."

Buy One For The Gipper!

Reagan-era nostalgia is apparently a booming business, as a recent Christie’s auction of items from the former president and first lady’s estates netted over $5.7 million, far exceeding estimates. Bloomberg reports that some items, such as a pair of cowboy boots embossed with the presidential seal, exceeded their official valuations by upwards of 1000 percent. Ronald wasn’t the only draw however, as it was one of Nancy’s items, an American Flag Bulgari ring, that although valued at a mere $8,000, fetched the sale’s highest price at $319,500. I feel as though there’s a trickle down economics joke in here somewhere…