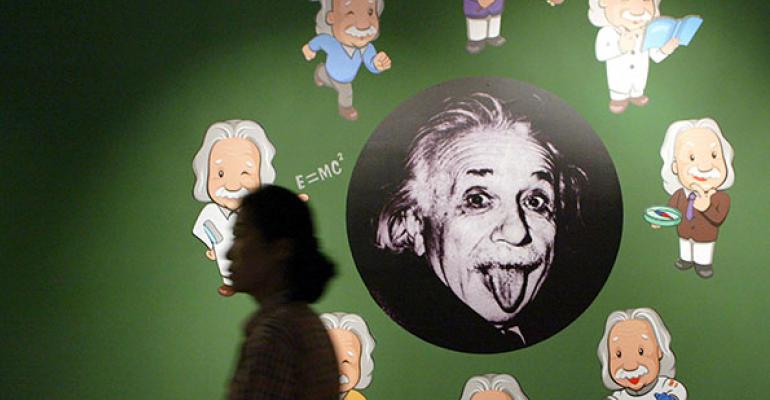 Is there a smarter approach than so-called "smart beta?" New York-based advisory firm Gerstein Fisher thinks so. According to a comprehensive examination conducted by the firm looking at the last 40 years of fundamental indexing (adjusting a traditional market-cap weighted index by a corporation's book equity, cash flows, sales and dividends) they found that fundamental indexes did indeed outperform their benchmark market indexes largely because of their value bent. But the firm also found even better results when overlaying market price information on the index. “In our mind, one weakness of relying exclusively on accounting fundamentals is that they’re stale information (i.e., reported with a lag time).” The firm studied two alternative stratagies, including one that uses "price-scaled" information, where the fundementals are divided by the stock price, and another that used the four factor model that adds stock price momentum to value, profitability and asset growth—and found that these produced even stronger risk-adjusted returns than the Fundamental Index.

While all eyes are on Greece, the ripple effects of a default seem to be more a reflection of investor sentiment than a threat to the financial system, as 80 percent of the debt is held by the European Central Bank and the International Monetary Fund. Puerto Rico, also on the cusp of default, may be a different story, and some say poses a greater threat to investors, where 80 percent of the debt is in muni bond funds held largely by U.S. investors. Puerto Rico wants Congress to pass a law making it possible for the territory to declare bankruptcy and re-organize its debts, much like Detroit. Where is the exposure for investors? The Oppenheimer Rochester Fund Municipals (RMUNX) has just over 20 percent exposure to Puerto Rico munis, while Oppenheimer Rochester New Jersey Municipal Fund (ONJAX) has 29 percent of assets in bonds issued by Puerto Rico, according to ETF Trends. The SPDR Nuveen S&P High Yield Muni Bond ETF holds 14 percent in Puerto Rico bonds, and the MarketVectors High Yield Muni Bond ETF has 3.2 percent exposure. Stock in insurance companies that insure Puerto Rico bonds fell early in the week.

Looks like advisors spent the last week raising cash and selling international stocks. According to data gathered by Riskalayze, advisor flows to cash/money markets and non-traded REITS increased substantially between June 20 and 27th. Meanwhile international and U.S. equities like MSCI EAFE ETF and Schwab's U.S. Broad Market ETF suffered "substantial" outflows based on data gathered from a sample of advisors utilizing the Riskalyze platform. Josh Brown notes on his Reformed Broker blog that it’s not surprising international equities took a hit with the current Greek monetary fiasco looming, but called the increase in non-traded REITs “interesting/weird." He speculates that those purchases are happening among the hybrid advisor-brokers, but added “don’t quote me on that.”

Look Before You Leap

If you blinked last night, you might have missed it. The 27th recorded “leap second” took place on Tuesday at 8 p.m. ET, with the extra second introduced to allow atomic clocks to remain in sync with the Earth’s gradually slowing rotation. According to reports, this is the first time since markets went electronic that the 61-second minute took place during trading hours. Some of the fastest electronic trades have the ability to react in millionths of a second. To brace for the impact of the time stoppage, U.S. stock markets ended some after-hours trading five minutes early, while others recalibrated their clocks ahead of time. The leap also coincided with the opening of Asian markets.