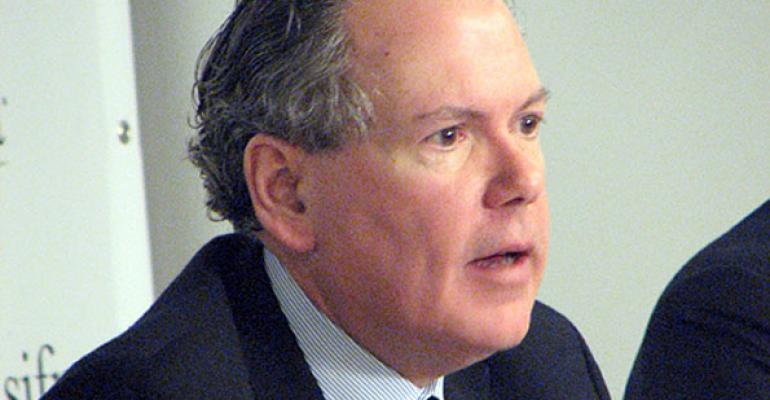 In remarks at SIFMA’s DOL Fiduciary seminar on Wednesday, the organization’s president and CEO Kenneth Bentsen said the industry was not opposed to working under a “best interest” standard, but the DOL’s proposal introduced an overly broad interpretation of fiduciary responsibilities and imposed burdensome requirements.

“In our view the Department’s proposal goes far beyond such a standard to limit choice and raise costs, unnecessarily so in our opinion,” Bentsen said. “The industry’s position in support of such a standard is quite clear and well documented. Rather it’s how you do it.”

In particular, Bentsen said SIFMA members opposed the biggest change from the earlier 2010 proposal, the "best interest contract exemption." Instead of a five-part test to determine if an advisor is acting as a fiduciary, the new exemption would require advisors and firms who want to receive certain types of compensation to "formally commit" to clients they will put their best interests first, according to Labor Secretary Thomas Perez.

But Bentsen said the Department’s contract would impose “extraneous, burdensome and, perhaps ultimately in practice, inconsistent” requirements in regards to the best interests of the client.

“The Department’s mechanism by which the rule could be business model neutral and allow for commission based accounts, the Best Interest Contract Exemption, contains so many conditions and restrictions that our members believe it is unworkable as drafted,” Bentsen said.

Bensten’s remarks reflect those made by the head of the Financial Industry Regulatory Authority last week. During FINRA’s annual conference, Rick Ketchum criticized the DOL’s fiduciary proposal, saying the industry would be better off moving forward under a  “best interest standard” for broker/dealers that would rely on disclosure and customer consent.

“Notwithstanding their good faith intentions, I believe the current Labor proposal is not the appropriate way to meet that goal,” Ketchum said.

The initial comment period for the proposal is set to end on July 20, 2015, said Steven Rabitz, a partner with Stroock & Stroock & Lavan LLP, who participated in SIFMA’s seminar on Wednesday. A public hearing to further discuss the DOL proposal is scheduled for Aug. 10, 2015.